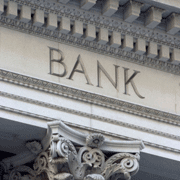 The Cruz family’s campaign to win their Cedar Avenue home back from Freddie Mac and PNC Bank changed my life. As a new college student and a new member of the Twin Cities community, I had no idea how far-reaching and devastating the foreclosure crisis was. And I had no concept of the scope of systemic economic inequality in this country.

A group of students at Macalester threw ourselves into economic justice work with OccupyHomes and other groups in the Twin Cities, and it was incredibly rewarding.

But we were worried. We saw the devastation the foreclosure crisis wreaked on our community. We were grappling with student debt and discriminatory zoning laws, and we saw concepts we learned about in class – such as the School-to-Prison Pipeline – play out in front of our eyes. We were also angry. We went to rallies on the Plaza and protests in Madison. We felt simultaneously as though we were powerless to solve the enormous problems stemming from capitalist greed, and empowered by a fierce energy coursing through the country.

In February, we went to a United Students Against Sweatshops retreat in Madison. We worked with other students and national organizers to come up with a plan. We would target those most directly responsible for tanking our economy and perpetuating systems of inequality—the Big Banks. We would do it using the same strategy USAS uses to tackle giant clothing manufacturers.

As institutions, our schools have enormous power. As students, we could leverage that against the banks that are doing the most damage in our communities.

The campaign is a movement spreading across the country. In New York, students at NYU and Columbia are targeting Chase Bank. In California, students focused on Bank of America and here in Minnesota, Macalester is concentrating on Wells Fargo.

We are pressuring our administration to cut Macalester’s ties with the bank until they enact a foreclosure moratorium in the Twin Cities. In the meantime, we will put that money through a Request for Proposals process. Through this process, a group of students, alumni, staff, and community members will create a set of standards that we expect institutions we bank with to uphold. Any bank can apply for the Wells Fargo money, and we will select the bank that works best with our values as an institution and a community.

Over the next few months, other schools across the state will be joining Macalester students and alumni and community organizations such as Minnesotans for a Fair Economy and Neighborhoods Organizing for Change in targeting Wells Fargo. As more pressure builds on Wells Fargo and other Big Banks, we are more likely to change their practices. And the process of this campaign is almost as important as the results. We are taking power into our own hands. We are actively changing our relationships with banking institutions, and raising mindfulness about the effects of our business practices on the broader community.

Responsible banking extends beyond college and university administrations. Municipal and State legislators need to pay attention to the concrete issues facing their constituents. Over the election, we heard plenty of rhetoric on taxes and job creation. These issues are important. But 13,181 homes were foreclosed on in the Twin Cities metro area in 2011 (Minnesotans for a Fair Economy).

Over 13,000 families facing homelessness is an urgent crisis that warrants immediate action. Our Legislators must enact a foreclosure moratorium. This, however, is only a band-aid fix. If we as students are willing to pressure our administrations into holding banks accountable for their actions, government should be willing also.

In cities such as San Jose that have Responsible Banking ordinances, we have seen how Big Banks’ power can be held in check (PICO). When they are forced to report their numbers and city governments only work with banks that are working to improve rather than devastate neighborhoods, they become well-behaved members of the community.

It’s time to take charge against Wells Fargo and the Big Banks that crashed our economy. These institutions profit off of our money, and we need to demand they give back to us in return.