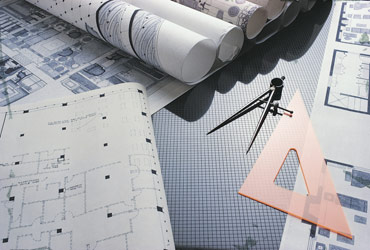 Stadium or not, the proposed Arden Hills site is an environmental mess that needs attention regardless of what’s developed there.

Here’s a brief background on the issue so far. Back in May, the Ramsey County Board, with the Vikings’ support, unveiled a $1.1 billion stadium proposal to build the team’s new home in Arden Hills.

By November, the County entered into a deal to purchase the 430-acre site from the federal government for a less-than-projected $28.5 million (read the entire purchase agreement here).

In December, Ramsey County published a request for qualifications (which precedes a request for proposals) seeking architectural and engineering services, to provide “unique opportunities to firms interested in being a part of the stadium project.”

On January 3rd, Ramsey County’s board named Commissioner Raphael Ortega, one of the biggest Arden Hills stadium site supporters, as its new chair; and although his new position may not sway the commission’s stadium opponents, he will undoubtedly make efforts to publicize and promote the Arden Hills site in the Vikings stadium debate.

In spite of these efforts, the future of a stadium in Arden Hills is far from guaranteed. The Vikings continually say they prefer the Arden Hills site; however, multiple Ramsey County public financing obstacles have given new life to a Minneapolis site as a plan B.

Meanwhile, Minnesota’s legislature, who is largely responsible for determining how the state’s portion of the stadium costs will be financed, is still weighing both financing and location options.

But underneath the debate over whether or not to build a new stadium at Arden Hills lays the site itself. The proposed 430 acre site is part of the larger 2,400 acre Twin Cities Army Ammunition Plant (TCAAP) land area. Minnesota’s largest Superfund site currently resides on the U.S. Environmental Protection Agency’s (EPA) National Priorities List (NPL) due to nasty chemicals released during its 35 years as the U.S. Army’s testing, manufacturing and ammunition disabling facility.

Since the mid-1980s, the  EPA, Minnesota Pollution Control Agency (MPCA) and the Army have made considerable efforts to clean up, monitor and control soil and groundwater contamination. But final stages of the cleanup need to be completed and continued monitoring must be done through 2040 to finalize groundwater restoration and potentially remove the site from the NPL, according to the MPCA.

Details regarding who will be responsible for these cleanup and monitoring activities at the Superfund site, which are required under the Comprehensive Environmental Response, Compensation and Liability Act (CERCLA), after the Ramsey County purchase goes through are complicated.

Because the Army is considered the responsible party for the soil and water contaminations, it has, with help from the EPA and MPCA, been largely responsible for cleanup to this point. But according to the purchase agreement, once the 430 acres’ ownership transfers to Ramsey County, it’s responsible for the remaining soil contamination cleanup while the Army retains responsibility for groundwater cleanup and monitoring.

If the county sells the Vikings its desired 170-acre slice to build a stadium and supporting development, the team is responsible for environmental cleanup costs (and costs needed to potentially meet higher environmental standards) for those 170 acres, according the proposed plan laid out in May. Meanwhile, the County would continue paying cleanup costs on its remaining 260 acres. Appropriate completion of these requirements will be approved by the MPCA and, if needed, the EPA.

Now, not all of the Ramsey County Commissioners support building a new Vikings stadium at the Arden Hill site. The move to solicit a request for qualifications passed the Board by only a 4-3 vote, and Commissioner Victoria Reinhardt, Ortega’s predecessor as Chair, opposes the currently proposed tax-subsidized stadium plan.

Still, the November decision to purchase the 430-acre site from the federal government passed the Board unanimously. Even Commissioners who oppose the stadium acknowledge the potential of this land for commercial development, and the expansion of the existing Rice Creek wildlife corridor (see map of the proposed site purchase).

The site is a wasted brownfield that occupies the largest piece of undeveloped land in the Twin Cities and is a community eyesore. Something, stadium or otherwise, will be developed there in the future. While it is encouraging that there are requirements in writing to ensure that the environmental needs of the property are met, it can be easy for these requirements to get lost in the fray of political debates and public enthusiasm. Those who care about the safe and environmentally responsible use of this land should voice these concerns and hold the eventual owner of the Arden Hills site accountable to completing the cleanup and continued monitoring of the land.