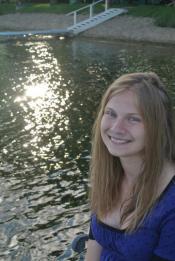 Being a special needs kid makes life a challenge. Depending on your special need, the challenges will also be very different.

Personally, the challenges I have are strictly social, though I have met many kids whose problems were mostly about their learning capabilities.

After reading the “I’m in Special Ed. Does it Matter?” essay in ThreeSixty’s December issue, I realized that there are quite a few similarities that most of us go through. Of course, that’s not to say that we don’t have different stories.

Seven years later, my list of disorders has grown. Over the years, I have added generalized anxiety disorder, oppositional defiance disorder, clinical depression, as well as a sleep disorder or two. All of these things contribute to who I am, and how I act around people.

Starting at a young age, I knew that I was different. Thankfully, my parents were able to find me the help I needed. I’ve been to seven to nine doctors or so. I stopped keeping track.

There are two very challenging parts to treating disorders. The first: Finding the right therapist. Some of them just don’t work with your personality. For example, I’m an extremely Type A person. Perfectionism, making lists and checking the time constantly are a few things that dominate my life.

The first psychiatrist I worked with was a half hour late to our second or third meeting. Obviously, our partnership didn’t last long.

On the other hand, you can have the best therapists in the world, but you also need to cooperate and want to get better.

Honestly, this step took me a very long time. Since I have oppositional defiance disorder, that basically means that if someone tells me to do something, I automatically won’t do it. So I didn’t want to change myself or get help, because in my mind, I was doing nothing wrong. It was other people who weren’t doing what they were supposed to. My behavioral disorders were normal.

Once I finally hit rock bottom, I realized that, just maybe, I also had to change. That there was at least a small possibility that I was wrong. Only a slight one, of course.

As of today, I’m doing a lot better than before. I’ve learned to control my disorders well enough to be part of everyday society. That’s definitely not where my story ends though.

Since I understand what it’s like to be special needs — and to be discriminated against because of it — I now volunteer with a program that helps other special needs kids get through their issues.

The company is called Erik’s Ranch, and though it is based out of Montana, they have programs in Minnesota. I volunteer with their equine therapy program and teach the kids to ride horses, while also giving them therapy.

While there, I’ve met many kids and adults with special needs, and I’ve watched their progress throughout the program. It’s an extremely rewarding experience for me to see them become more verbal, and begin to understand their lives better.

— Elizabeth Hogshire, a freshman at FAIR School Downtown, is part of ThreeSixty Journalism’s after-school spring NewsTeam. She is also a competitive figure skater who enjoys horseback riding and writing in her free time.