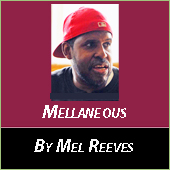 There were some things about the coverage of the Sandy Hook shootings in Newtown, Connecticut that gave me pause and should give all of us pause.

Let me say up front that I believe that this was a very tragic occurrence, and I empathize with the families of those who lost loved ones, especially children. I can’t think of many worse things than losing a young child. And it is right that the nation should mourn the loss.

Furthermore, human beings should mourn all loss of life. We live in a society in which religious traditions insist that all life is sacred. I suspect that when this creed is not followed, we somehow suffer the consequences.

However, I don’t agree that the killings are punishment from an alarmed and vengeful God. I definitely don’t agree with the Christian cabal who has blamed this on America’s atheism. If they are looking for someone to blame they should look to themselves as so-called people of God. They should be calling out the evil of unjust wars, corporate thievery, unfair and inflated interest and interest rates, corporate greed, worker oppression, racism, sexism and anti-immigrant propaganda.

Instead, these religious fakers have fanned the flames of this evil and even given it Christian justification. It is they who have told God to get lost!

I do believe that the U.S. government cannot continue to wantonly kill and murder other people’s children for political and material gain without there being some kind of fallout. And we can’t continue to exist in a domestic situation in which most law is enforced by the barrel of a gun and not expect fallout.

In fact, the outpouring of grief did make me wonder why there was not that kind of sadness when the country knew that the government was going to war with Iraq, especially when it knew “shock and awe” meant that a lot of folk’s children — who by the way had done nothing to us — were going to die.

That’s right, neither the children of Iraq and Afghanistan nor their parents had done anything to the U.S. citizenry. But there were no vigils held for God’s children that are considered “the other.”

It has been reported that over 170 children have been murdered by U.S. drones ordered by the president of the United States. They, too, should be mourned and decent folks should protest this type of killing.

Speaking of the other, I couldn’t help but notice that there wasn’t any handwringing nationally when Chicago’s Black Westside was inundated with violence a summer ago. There were no calls for gun control at that time and definitely no national vigils for the dead and the dying. There were few, if any, calls to investigate the reason for all the violence. America went along its merry way.

I can’t prove that some folks felt more toward the victims of Sandy Hook than the victims of Chicago’s gang violence. But I can point out that a lot more time has been spent and a lot more sympathy handed out to the victims as well as the victimizer in this case, just as occurred in Aurora, Colorado, and even Columbine.

If I didn’t know any better, I would think, judging from the coverage of this violence, that some victim’s perpetrators count a little more than others. In Minneapolis last summer when a baby was killed by a stray bullet, City Pages acted as if some animal had been killed because they choose to make fun of the dad and even made fun of the child’s name as if his death was some form of amusement.

According to reports, the writer, Aaron Rupar, wasn’t even contrite when confronted. He couldn’t even see how insensitive he had been and instead of apologizing spent lots of time trying to justify himself. It was as if he couldn’t help it. Something in him wouldn’t allow him to see young Nezreel as he would his own son, nephew, cousin or grandchild, as a human being worthy of grieving over.

In Newtown, the press has bent over backward in its attempt to humanize the obviously disturbed shooter Adam Lanza, and for that they should be commended. Clearly, young Lanza had a problem beyond his control. It has been more than fair to his mother, who for reasons no one will ever know, owned really lethal guns while raising a very disturbed child.

The father has not been inundated with questions about his involvement in his child’s life, nor have his parenting skills been questioned. The media has been almost religious in their coverage, which appears to be centered on, “loving their neighbors as themselves.”