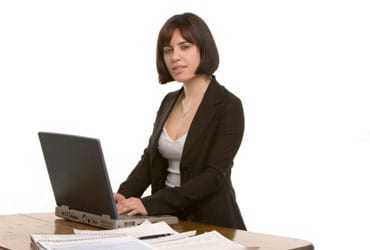 Since 1991, graduate student workers at the University of Minnesota have tried to organize a union three times. Due to persistent problems, they are now trying for a fourth time.

Choosing to organize under the United Auto Workers, who represent over 45,000 graduate student workers across the country, graduate workers at the two Twin Cities campuses collected of a majority of signature cards to indicate their desire to collectively bargain with the administration.

Last month, a majority of the 4,300 graduate workers filed cards with the state Bureau of Mediation Services seeking union recognition. In order to speed up the recognition process, the graduate workers also issued an invitation to university President Eric Kaler, asking him to join with them to recognize their union, and move directly into collective bargaining.

Kaler and his administration declined the invitation. Following a business model, rather than a collegial model, the university’s Office of Human Resources issued a statement saying the university would force an election, rather than recognize the graduate workers’ majority outright. Forcing an election campaign is a tactic is often used to stall and slow the momentum of the workers who support the union.

The Federal Bureau of Mediation has not yet set an election date.

“We are integral to the research and teaching of the U and it is important we have a say,” says Scott Thaller, a plasma physics researcher and Ph.D. candidate. “A union would put us on equal legal footing for both parties to meet and negotiate. It’s a democratic apparatus. We care and want to help in the success of teaching and research making this a premiere research university. We can do that if we have a say in the terms and conditions of our own employment.”

Graduate student workers throughout the University are the ones responsible for grading papers; managing the larger lectures in smaller, more humane, discussion groups; running labs and conducting research. In short, they are the backbone of the University.

Sarah Nelson, a Ph.D. student in geography, is equally enthusiastic about collective bargaining for graduate assistants. Nelson cites a variety of issues the affect graduate students who are trying to break into a field of expertise while carrying on with day-to-day living. Examples she cites include:

Graduate workers say many of them typically spend many more hours in the lab or on course material preparation than they are paid for. But there is no easy way for them to adjust schedules or job requirements to match with the hours for which they are paid. At best, they might make an informal arrangement with their immediate supervisor. But this is often a mentor or adviser, which complicates the relationship and potentially jeopardizes the future of the graduate worker.

“We graduate assistants are here working hard in research and in teaching,” says Thaller, who regularly puts in 12-hour days. “We deserve a voice in decisions that affect us.”

Post script:
Senator Tom Bakk (D) of Cook, himself a union carpenter, appreciates the right to collective bargaining. He sent a letter to Kaler stating concerns on how the administration is posting misleading and illegal information on the University’s website.