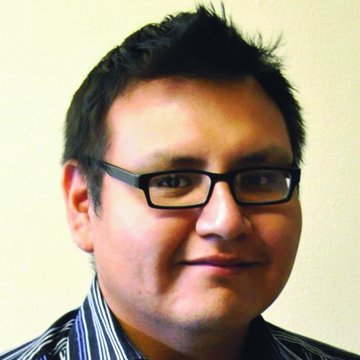 The concept of privilege is one that’s both acknowledged and dismissed, depending on which side of cultural identity one hangs one’s hat.

For many in the Native American community, both on the reservation and in the urban setting, privilege is something that we see as the cause of our oppression. It’s a catch-all for the discrimination we face individually and collectively. Growing up in rural South Dakota, my parents and I were followed around in retail stores in Rapid City, Pierre and Sioux Falls. As tribal nations, we are not consulted in a meaningful way on environmental, legal and cultural issues by governmental powers that have made treaties, compacts with us and exercise authority over us.

For non-Natives, the concept of privilege is one that is easily dusted off shoulders with the argument that they – personally – have done nothing to Natives that damage us individually and collectively. And for the most part, they are entirely correct. Most of the time, the privilege that most of us fight are the privileges of class and economics. However, those privileges do tend to follow color lines, arbitrary as they may seem in this modern age.

Pipelines that cross Anishinaabe, Dakota, Lakota, Apsáalooke and Assiniboine territory – if approved, constructed and expanded – will ultimately make a profit for the multinational corporations that build them and for the fossil fuel industry that will transport through them. Unfortunately, for those tribal citizens who live with the reality of those pipelines in their sacred ground, little to no profit will be seen and even if it is, it will be little comfort when water becomes undrinkable and land becomes sterile from the inevitable spills that do and will happen.

Five of South Dakota’s tribes have submitted applications to the federal government to establish, fund and exercise their sovereignty where the Indian Child Welfare Act is concerned, hoping to create tribal agencies that handle adoptions before the state of South Dakota becomes involved. While the governor’s office has publicly supported this move, the progress of these efforts will see if the state is sincere in its desire to see Native children raised by Native families on the reservation. While the right of tribes to foster and adopt its own children has always been a matter of law, the privilege has generally been exercised by the state.

Those are the direct effects of the privilege of class and economics. The indirect effects of privilege can be seen in incidents like the Hennepin Theatre Trust’s production of “Bloody Bloody Andrew Jackson,” wherein Cherokee, Creek and Choctaw historical figures were portrayed by non-Native actors and written as two-dimensional caricatures of the complex reality upon which, they were based. While early press information described the production as a “South Park”-like ironic musical that pokes fun at the tragedy, not one Native person in the audience laughed, few and far between as they were.

New Native Theatre’s Rhiana Yazzie attempted to articulate – in English, the lingua franca we Natives adopted so as to explain to non-Natives why we have a right to exist – that the privilege the authors, directors and audience members enjoy is not one that we Native folk don’t ever get to experience. That privilege is not that we take the musical at face value, we are not idiots, we too know that our Cherokee brothers and sisters did not speak in pidgin English. The privilege enjoyed by everyone else in the theater was that they didn’t have the collective, generational trauma weighing upon them when we saw those caricatures. When we see a fashion model wearing a headdress, a non-Native person playing Native or even a sports team with a mascot, we ask ourselves, “What do they know about us?”

When the U.S. Patent Office canceled the Washington football team’s trademark, cheers arose from all corners of Indian country. Consequently, non-Natives around the country continued to bemoan the march of progress for our cause by saying political correctness had – yet again – gone too far. Comments under the stories predictably began with, “I’m not racist, but … ” or “All the Native Americans I know … ” and ultimately, “I’m Native American and I don’t mind at all.”

The gap in between reason and opinion is one where most non-Native people fall deep. When a group of people say something is offensive, repeatedly and with conviction – so much so that national advertising time is purchased to emphasize that position – it follows general reason that what is called offensive is actually offensive. When one has to seek out history or one individual who agrees with a prejudiced position, one is no longer reasonable, one is opinionated.

Discrimination then leads to all roads of oppression where might is right and majority rules. And when one is part of the majority, one enjoys a privilege that they never have to think about.