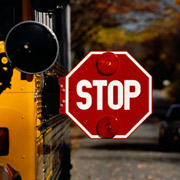 In 1954, the United States Supreme Court made one of the most important decisions in this nation’s history in Brown v. Board of Education. Since that ruling, school segregation has been considered inherently unequal and unlawful. Yet now Minnesota, as well as many other states, is reaching levels of segregation in schools that some say reflects the pre – Brown v. Board era, and research suggests that our current education and housing policies aren’t doing anything to help.

Minnesota also has had an open enrollment school policy since 1988, intended to spur competition between schools. Whether or not the competition has added to student achievement is debatable, as our False Choices report highlights. The policy has also had unintended consequences, leading in some districts to what has been called “de facto resegregation.”

Advantaged students disproportionately use open enrollment, generally because they have the resources to overcome out-of-district transportation. Low income families often don’t have the means to accommodate transferring their children, resulting in a class divide and an increase in the achievement gap between schools.

The answer to this self-segregation isn’t removing open enrollment, but Minnesota should increase integration efforts and work to strengthen community ties to neighborhood schools. While the state funds an Integration Revenue Program, it’s set to expire in 2014. This legislative session, lawmakers must not only renew the funding, but reform the guidelines to more efficiently enhance integration efforts.

Better housing policy would also help. In 1993, the Metropolitan Council removed a mandate that low-income housing be built in affluent suburbs with stable schools, rather than in areas with high poverty concentrations. This policy is currently being used by Portland, Oregon, and as a result Portland is one of the few cities that becoming more integrated.

Charter schools and open enrollment aren’t the silver bullet to closing the achievement gap and providing a more equatable education, as some reformers propose. They’re part of a broader education system that’s been failed by dwindling state funding and cuts to the community services that support public education’s mission. Solving the school segregation issue goes way beyond the classroom. Policymakers must focus on building stronger communities and helping all people find economic opportunities.