I was not alive August 28, 1963. The March on Washington was held 100 years after the Emancipation Proclamation and eight years to the date of the lynching of Emmett Till.

Being inquisitive, I look for clues in history that might lead to our freedom from oppression. I often find myself looking through the words of Dr. Martin Luther King for inspiration. I admit that I often skip the “I Have a Dream” speech. My excuse is that I am much more of a Malcolm X “Ballot or the Bullet” kind of girl.

My dismissal of Dr. Kings most universally recognized speech might seem flippant. Yet, I must own it. The over-zealous commercialization of the speech, along with Dr. Kings profile, on everything from McDonalds place mats to Coke soda cans is offensive and just seems down right wrong.

The image and words of Dr. King are scared. However, both image and message have been sanitized to create the false impression that Dr. King was only a dreamer. Without context, Dr. King comes off as some kind of impotent Black super hero preacher. All talk; no action. This could not be further from the truth.

The March on Washington for Jobs and Freedom was more that idle chatter. The March is one of the largest political rallies in the history of human rights. Even though African Americans had been freed from slavery, the March called for an end to MOWpiccontinued economic exploitation, segregation and poverty.

If Dr. King were alive today, I am sure he would see that African Americans have progressed. Justice has not always prevailed. We still live in a country that is deeply divided along racial lines. America has traded “For Whites Only” signs to build a system that is more systemically oppressive and still “For Whites Only.” 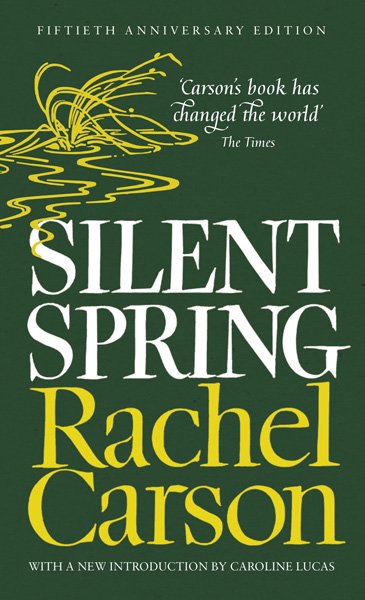 Fifty years later many are shocked and angered by the murder of Treyvon Martin and verdict in the Zimmerman trial. Those sentiments are similar to reactions to the murder of Emmett Till and the acquittal of his murderers. Till’s death was a pivotal moment in the Civil Rights Movement.

While the final preparations for 1963 March on Washington was being organized, a biologist, Rachel Carlson, sounded the alarm regarding the use of an insect repellent known as DDT. Used in agriculture, DDT (dichlorodiphenyltrichloroethane) is an organochlorine insecticide. DDT has been linked to diabetes, many forms of cancers, neurological problems and asthma. Carson’s book, Silent Spring, galvanized the contemporary environmental movement and created the public outcry to ban DDT.

Fifty years after the March, African Americans are more likely to live in toxic communities that have the highest rates of asthma and hypertension. Young children living in these communities have increased exposure to toxic organophosphates due to the indoor use of pesticides to manage roach infestations.

Banned for agricultural use in the U.S. in 1972, DDT is no longer a threat to public health in the United States. However, organochlorines are a large group of synthetic chemicals that include polychlorinated biphenyls (PCBs), dibenzo-p-dioxins/polychlorinated dibenzofurans (PCDDs/PCDFs or dioxins) are still environmental hazards in African American communities. Rachel Carlson also looked into the future and saw a need to protect people and the planet. 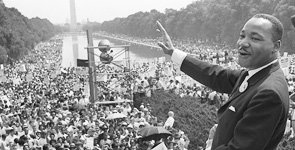 Dr. King went to Memphis in 1968 with an environmental and economic justice agenda. Supporting the striking Black garbage workers who were demanding equal pay and better work condition. Communities of color are still the dumping grounds for garbage, toxic waste, incinerators, smelters, sewage treatment plants, chemical industries, highways, and a host of other polluting facilities. Out of these injustices, the environmental justice movement was born to represent the voices of communities of color under siege by polluted air, land and water.

The Environmental Justice Executive Order reinforces Title VI of the Civil Rights Act of 1964, which states that “No person in the United States shall, on the ground of race, color, or national origin, be excluded from participation in, be denied the benefits of, or be subjected to discrimination under any program or activity receiving Federal financial assistance.”

During the march, Dr. King encouraged all of us to be vigilant. We have not been as vigilant as we should — the Supreme Court removed important protections from the Voter Rights act right before our eyes. We should not be discouraged.

Another opportunity is ahead of us. February 2014 is the 20th anniversary of the signing of the environmental justice executive order. The environmental movement must take this opportunity to build and expand on this public policy to include food as an area in need of protection.

We cannot afford to give up or be distracted. Building on the legacy of the March on Washington to make the United States accountable for injustices of the past and make the dream a reality is hard work. There are no other options and no time for excuses.

LaDonna Redmond is a food justice activist who has learned to have a deep concern for the planet through being the mother of two children. She leads the Campaign for Food Justice Now at www.cfjn.org. She welcomes reader responses to Ladonna@cfjn.org.