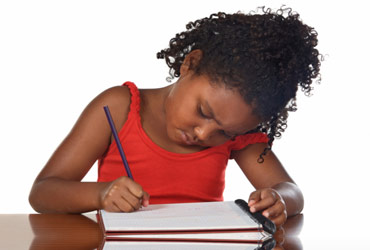 More than 14 months ago, I joined a pilot team of St. Paul teachers working with what is known as the Common Core standards for English Language Arts. I, frankly, joined the effort to make sure that the implementation of the standards would benefit my students. I have taught for 14 years and have gone through three previous iterations of standards that were at best negligible. At the least, I wanted to ensure these new standards did no harm so I signed on. We were one of six cities around the country to receive Gates Foundation money to plan for and test the standards before they went into full force this coming fall.

This is the first of a two-part series. (Read part two.)

The ensuing year has been a true journey from a well-founded skepticism, noted above, to a real respect for the potential of these standards to stave off the madness of reducing education to a simplistic, testable and routinized system that will bore rather than inspire our children. There is a lot of buzz and misinformation around the Common Core State Standards. Teachers in one suburb are dropping literature in favor of sports biography because of new standards for non-fiction text. (When I told one of the Core’s authors about that choice, he blanched.) Parent groups are challenging the standards for fear of the new wave of testing they think will come. Many teachers are dismissing them as the same song, different tune, that will be gone in another couple years. I think they are all wrong and I would like to share with you what I have learned so that you can understand why I believe the work I have put into really understanding the standards was well worth it.

Last January, our group began with what is called a “gap analysis” where we compared the standards we had been governed by to the new standards. There were many similarities in the writing standards (grammar is always on English teachers’ minds), but we also began to notice some significant shifts in reading, especially. We all agreed that the recursive, structured nature of the standards ensured a sequenced and well-thought-out development of English, writing and reading skills over the span of kindergarten to 12th grade. The most troubling aspect–to me—was the heavy emphasis on non-fiction and informational text. As someone who has lived in the language of Shakespeare, Zora Neale Hurston and Arthur Miller for years, I knew that I could develop college-ready minds through the richness of such texts. I spend my life helping kids deconstruct the language and structure of literature for how meaning is created. I know that those skills translate to other content because I have had students email and tell me how well prepared they felt for college once there. Then, there was the push to look at other forms of literature through image-based texts, such as cartoons and graphic novels, and electronic media.

Over the course of last summer, a few dozen K-12 teachers met several times to decide how we would sequence what were initially called “products” required by the Common Core (narrative, literary, argumentative, and informative essays and research and media projects) and to begin writing sample lesson plans. We tethered the standards to the products and created supporting units that ensured all of the standards were addressed. There were challenges for us in letting go of what we knew was our existing curriculum and addressing the standards authentically, not just trying to squeeze existing curriculum into the new standards. We were, again, particularly challenged with looking for how to use informational text with integrity and where to place the Minnesota and American Indian literature that our state added to the national standards. Here it is important to clarify that all states may add up to 15 percent of the total standards for their own state’s interests. In New York and other states, that 15 percent was dedicated to standards for preschool. Here, the 15 percent was used to specifically require Native American or Indian literature.

We disagreed and debated over how much weight to give to informational text and whether literary non-fiction, such as memoir, counted as non-fiction under the new guidelines. The standards in fact call for 85 percent of text to be informational, that includes social studies and science. Narrative is an appropriate non-fiction text for English. This is in response to colleges’ complaints that students do not know how to engage with or respond to college-level readings, much of which are non-fiction.

I went home, completely overhauled my honors 10th grade curriculum to coincide with the core and the International Baccalaureate Middle Years Programme (yes, I had to incorporate two new sets of standards for this class), and prepared to teach. I had to take out more than a third of what I used to “cover” in the class to make room for me to develop students’ knowledge and proficiency in the standards. We had agreed that in high school, where the standards are “banded” for grades 9-10 and 11-12, that only three of the six products would be assessed for proficiency each year. The others would be addressed or reviewed.

As I worked with the standards, I became increasingly persuaded—non-fiction reservations notwithstanding—that the Common Core could well up the rigor in our English classes to the benefit of all students. I still had many questions, which were to be addressed as the team progressed, and some old vestiges of my role as the teacher I would need to shake off. I will address those in tomorrow’s discussion as I take you to New Jersey to meet the architects of the standards.