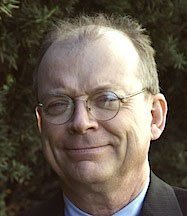 The year, 2014, has been one for the books. Once again, immigrants, our immigration system, and immigration reform took center stage drawing intense and passionate responses from both sides of the aisle.

Democracy is a messy process with beating of chests, pounding of fists, spewing of rhetoric, and wailing about the other side’s lack of wisdom and intelligence. At the beginning of the year, there was hope that this would be the year for immigration reform, finally. The Senate passed its immigration reform bill in June 2013 reflecting a bipartisan effort to resolve longstanding problems in our current immigration system. The House of Representatives failed to do so despite promises to the contrary. In response to clamors around the country to do something about immigration, House Speaker John Boehner (R-OH) assured everyone in January 2014 that the House would push through its own version of the bill, outlining the principles behind his party’s plan to legalize the status of undocumented immigrants in the United States. In fact, President Obama was so certain the House would pass legislation that he promised fellow Democrats that 2014 would indeed be the year for immigration reform.

To paraphrase poet Robert Burns, however, the best-laid plans of mice and men oft go astray. And, so it goes with immigration reform in 2014. Tired and frustrated with the House’s continued resistance and obstructionism over the course of the year, President Obama, in the biggest immigration-related story of 2014, finally acted in November by issuing a set of initiatives (executive actions) seeking to ameliorate some of the more troublesome aspects of our current immigration system. Those initiatives include allowing certain undocumented immigrants to temporarily stay in the United States provided they meet certain criteria (specifically, being parents of U.S. citizens or permanent residents and in the United States since at least January 1, 2010); enhancing border security; prioritizing the deportation of felons (excluding state/local status-related offenses), suspected terrorists, those apprehended at the border, and gang members; and modernizing the U.S. immigrant visa system, among others.

The flight of Central American unaccompanied children and adult females with minors from organized criminal violence and poverty in Guatemala, Honduras, and El Salvador marks the second big immigration-related story this year. The U.S. government struggled with how best to deal with those seeking relief at the border, making several missteps while continuing to fine-tune the processing of those individuals. It has taken a step in the right direction with its recent implementation of a new refugee/parole program for individuals in their own countries seeking to reunite with their parents who are legally residing in the United States, thus ensuring they may avoid the arduous and dangerous journey north to seek relief at the border. Hopefully the Obama administration will work on developing this program further so that it can adequately address the numbers deserving of humanitarian relief.

The third big story is one that has not garnered as much attention as one would expect given the continued dilemma faced by the United States in matters of race. Earlier this month, the Department of Justice released a revised version of its 2003 “Guidance Regarding the Use of Race by Federal Law Enforcement Agencies”. This new version seeks to eliminate or limit the large exceptions previously given to federal law enforcement officers (and state and local law enforcement officers working with federal law enforcement task forces) in matters involving the national security or integrity of our nation’s borders. The Department of Justice should be lauded for seeking to improve upon its 2003 Guidance by expanding coverage beyond race and ethnicity to the categories of national origin, religion, gender, sexual orientation, and gender identity. However, exceptions still remain for the Transportation Security Administration (TSA) at the border as well as U.S. Customs and Border Protection (CBP) personnel at or near the border. Nor, have the exceptions been entirely eliminated in the national security context. There still remain troubling aspects that may be construed as allowing for continued profiling and abuses. Time will tell if these improvements are adequate in eliminating problems arising under the 2003 Guidance.

The biggest story still remains to be told and that, of course, is the one involving the passage of legislation leading to comprehensive immigration reform. It remains to be seen if, with a Congress made up of a Republican majority in both houses, we shall finally see it or must wait until 2016 and a presidential election to give us a Congress and executive steeled to the task of getting the job done. Stay tuned and Happy New Year!