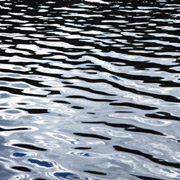 In the land of 10,000 lakes, it’s rare to think about the possibility of water shortages. But declining water levels at White Bear Lake highlight the need for a full assessment of Minnesota’s water resources and a plan to manage those resources sustainably in the years to come.

Minnesota is considered to be a water “rich” state and, among the lower 48 states, has the largest supply of freshwater in the country. Yet, per capita water usage in the state continues to increase at a rate that outpaces population growth by a factor of 1.6 even though such rates leveled off in the rest of the country in the mid-80s.

Indeed, data on the subject suggests that water appropriations and population are highly correlated in Minnesota. Since the state population is projected to grow from 5.3 million in 2010 to an estimated 6.5 million by 2035 (or more than 22 percent), current trends would put water usage and total appropriations on a potentially unsustainable path.

A two-year study recently concluded by hydrologist Perry Jones of the US Geological Survey highlights the issue. In his report, Jones confirms that one of the primary reasons for declining water levels at White Bear Lake is the depletion of the underlying aquifer due to the pumping of groundwater for residential use.

The sandy soil beneath White Bear and other nearby lakes means that water easily seeps from the surface into the space vacated by the shrinking aquifer below. Since this aquifer, along with 99 percent of Minnesota’s water resources, is recharged principally through precipitation, it would appear that local communities are using water resources at an unsustainable rate.

Communities around the lake have been growing steadily for several decades, a trend that is not likely to change anytime soon. This growth will not only exacerbate the current problems, but is likely to put pressure on other resources as these communities seek to divert water from other areas to meet their needs.

White Bear Lake is not alone, however, as pumping has contributed to a decrease in groundwater levels by 40 feet in some areas of the state. Minnesota’s EQB (Environmental Quality Board) has estimated that by 2030, 18 counties could be using water at a rate that is 10 percent higher than what is considered renewable.

Groundwater drawdown, at times a dramatic illustration of water usage, is not an adequate measure of water availability. That is to say, monitoring groundwater levels does not provide an accurate picture of water stores and how they may be changing relative to one another. What is needed is a comprehensive inventory of Minnesota’s overall water balance (where it is and how it flows). This is perhaps the single most limiting factor in helping to determine what a sustainable rate of water usage is for the state.

While the EQB has recognized the need for a comprehensive assessment, acquiring such information will require decades-long monitoring as well as attendant fiscal costs. Similarly, the EQB has produced several reports that address the topic of sustainable water use both as a topic unto itself, as well as part of a larger state Water Plan. These are important first steps but must be followed up with action.

The vision of the EQB is certainly commendable but certain municipalities, particularly those in the high use metro region, should consider implementing more immediate and proactive measures to promote water conservation. Such measures could include utility discounts or rebates for installing water efficient toilets and showerheads, restricting lawn watering days and hours, tiered pricing for water bills based on use, a strong public education campaign, changing requirements for water permitting, and the list goes on.

Secondly, while gathering the requisite information will take time, we must ensure that the issue of sustainable water use remains a priority, not only in the minds of citizens but with policymakers as well. The actions we take, both now and down the road will have a significant impact on our resources, ensuring Minnesotans have safe, sustainable, and sufficient water availability for generations to come.