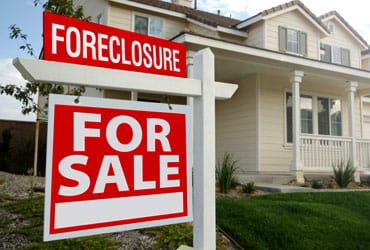 If we build houses from the ground up, why not take the same approach to fixing the housing crisis that threatens our economic recovery?

Initially, when the housing crisis threatened to topple financial markets and the entire global economy back in 2006, the federal government responded with a top-down approach that focused on the mortgage problems. It seemed appropriate at the time.

The first task of the Bush and later Obama administrations was to keep the nation’s banks afloat and guard against turning the Great Recession into a repeat of the Great Depression.

Banks are back on their feet. New laws and regulations restrict banking practices that got us into the mess. But underlying problems remain for the real estate markets.

A federal loan modification program aimed at helping people stay in their homes after home values crashed has helped 657,000 American families, or about a fifth of the people in need of help.

The U.S. government now holds title to 248,000 homes across the nation of the 800,000 repossessed homes that were backed by Fannie Mae, Freddie Mac and other federal housing programs.

Here in Minnesota, more than 100,000 homes have been lost to foreclosures since 2007, including 25,878 in 2010, the Minnesota Home Ownership Center said in its annual report. More troubling, 71,665 pre-foreclosure notices were served to Minnesotans last year, an 8 percent increase from 2009.

It’s also that difficult. What started as a financial collapse for real estate markets broadened to affect nearly all sectors of the national and local economy. That led to job insecurity and greater risks in mortgage lending.

A dismal U.S. unemployment report from the Bureau of Labor Statistics for August showed no net jobs growth. Private employers added a scant 17,000 jobs across America while local governments put 17,000 people out of work.

That means that more than 550,000 mostly middle class people have been put out of work so far this year by local governments and school districts while the federal government tries to stimulate job growth. In other words, local and state programs undercut federal programs that would lift up depressed housing markets.

Despite an unemployment rate of 16 percent in the commonwealth—well above Minnesota’s rate of 7.2 percent and national rate of 9.1 percent, housing sales on the island are rebounding. The Puerto Rico Housing Finance Authority notes sales of new and existing homes increased by 37.55 percent in the first 10 months of the program, and by 47.85 percent in dollar value of sales.

A plan like this could work in Minnesota and help reverse a portion of our regressive property tax base. The bolstered real estate market could help restore consumer confidence, lead to higher property values and perhaps speed up hiring.

However, if executed incorrectly, it could make the property tax burden even more regressive for middle-class homeowners and shrink revenues for schools and local services.

One key to the plan’s success is for Minnesota conservatives to move away from “no-new-taxes” ideology that protects the income of the wealthiest and shorts local governments their portion of revenue sharing.

“Look at it this way,” said Larry Buegler, a Twin Cities banking executive and former president of two major St. Paul banks. “You are waiving real estate taxes on 5 percent of all homes while the remaining 95 percent go up in assessed value so their real estate taxes go up.

“It actually raises the taxes collected,” he said.

Is it fair? Perhaps more fair than the bank bailouts that ended up subsidizing executive bonuses and salaries.

Buegler coauthored and was the inspiration behind the other proposal that federal and local housing officials should consider. In 2009, Minnesota 2020 proposed a plan to use state bonding authority to guarantee home values for five years. If the housing market continued to fall, the state would compensate homebuyers for lost equity.

This plan was based on what the bank now known as AgriBank in St. Paul used to end the farm financial crisis of 1982-1987. Buegler was the bank president who devised the plan. No shortages to land buyers were ever paid.

Both systems to put floors under real estate prices could be adapted for use by large community housing authorities and by states. More importantly, adapted forms of these plans could be supported by federal housing programs at a fraction of the cost of existing federal programs.