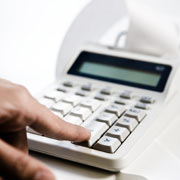 On the campaign trail in 2010, candidate Mark Dayton made it clear he supported a progressive solution to Minnesota’s recurring deficit problem. Specifically, Dayton supported an income tax increase targeted to the state’s highest income households. In his 2011 budget proposal, Governor Mark Dayton followed through on this commitment.

This is the second report in an ongoing series examining ways to restore Minnesota’s fiscal fairness. Read part one.

Similarly, Governor Dayton has consistently supported eliminating unproductive corporate income tax loopholes. His 2011 budget proposed repealing foreign royalty provisions and foreign operating corporation (FOC) provisions, both of which resulted in a loss of tax revenue that exceeded any benefit they were producing.

Anti-tax majorities in both the House and Senate stymied the Governor’s reform efforts in the 2011 session. However, based on public comments, the Governor will renew his efforts to reform the individual and corporate income taxes in 2013—this time with a less recalcitrant legislature.

Balancing a state’s budget during a recession or a weak recovery is tricky business. The gap between revenues and expenditures must be closed in such a way so as to do the least damage to an otherwise sputtering economy.

As summarized in a previous Minnesota 2020 article, cuts in direct government spending or in transfer payments to low-income households are the worst way to balance a state budget during tough economic times. Such cuts produce a dollar for dollar (or nearly dollar for dollar) reduction in economic activity, thereby reducing employment and consumer demand and further damaging a state’s economy.

Based on his public comments, the Governor’s proposed income tax increase will focus on the top two percent of all households by income. This top two percent will comprise a new “4th tier,” subject to a higher class rate than the current 3rd tier rate of 7.85%. The proposed 4th tier will likely include income in excess of $250,000 for married joint filers, $200,000 for heads of households, and $150,000 for single filers. In Minnesota, about 54,000 (two percent) of full-year resident filers have income in this range.

Based on this definition of the 4th tier, each 0.1% increase in the 4th tier rate above the current 3rd tier rate will generate an estimated $50 to $55 million in the upcoming biennium, fiscal years (FY) 2014-15. For example, if the new 4th tier rate is 7.95% (0.1% above the current 3rd tier rate), an estimated $50 to $55 million will be generated in FY 2014-15. A full 2.0% increase in the rate to 9.85% would generate approximately $1.0 to $1.1 billion. A permanent income tax increase of this magnitude would go a long way toward closings the state’s structural budget deficit while at the same time reducing the regressivity of Minnesota’s tax system.

Under current Minnesota law, 80% of the income of a foreign operating corporation (FOC)* is sheltered from the corporate income tax. This creates an opportunity for corporations to avoid corporate income taxes by characterizing or artificially shifting income to foreign countries with lower tax rates. One way to eliminate this corporate tax dodge would be to repeal FOC provisions and the foreign royalty subtraction.

Elimination of these two corporate tax breaks will simplify Minnesota’s tax code and produce other benefits outlined in the Governor’s 2011 budget document. This document notes that the foreign royalty subtraction and FOC provisions “can no longer be afforded given the importance of returning stability to the state budget and economy and funding the programs essential to providing a highly educated and productive workforce.”

Broadening the tax base and reducing tax rates in this revenue neutral fashion is precisely the kind of reform that economists recommend. This type of tax reform will reduce the income tax liability of most Minnesota corporations and will increase taxes only for certain big corporations with large legal departments that can afford to engage in complicated tax avoidance schemes.

Throughout his first two years in office, Governor Dayton has laid the groundwork for reforms to the individual and corporate income taxes that will increase tax fairness, reduce complexity, and promote long term budget stability. With the cooperation of the legislature, 2013 will hopefully be the year when these efforts come to fruition.