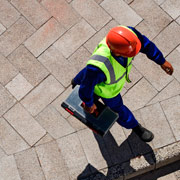 Work hard. Benefit from hard work, time and investment, then give it all away to someone who doesn’t invest, work hard or put in the time. Welcome to the realities of the proposed “right to work” constitutional amendment authored by two Minnesota Republicans Steve Drazkowski of Mazeppa in the House of Representatives, and Sen. Dave Thompson, R-Lakeville. The amendment would give people who work in union settings the ability to not pay union dues while reaping the benefits of a collectively bargained contract that improves their wages, working conditions and benefits.

Of course, it isn’t a long line to be drawn between undermining unions and defunding the Democrats agenda, because labor has traditionally helped to fund that party. Frankly, there are fewer places in the country than in Minnesota where many Republicans have been nursing minority resentment for 40 years. Already demonstrated by the unilateral reduction of only the Democrats budget for the session, while the Republican budget remained unmolested and the rejection of Ellen Anderson as an appointee of the Democratic Gov. Dayton, the Republican leadership has not attempted to hide its agenda for the session.

There are 23 other states* in the U.S. that are presently “right to work” states. Read through the list. Recognize any that consistently score higher than Minnesota? There aren’t any.

For the sake of argument, let us take the examples of our immediate neighbors, Iowa, North and South Dakota. All of them are “right to work” states. Relying on the statistics from the last census, here is a sample of what you find:

According to the BLS.gov, workers in “right-to-work” states average $5,333 a year less in income than those states without the legislation. Where do you suppose that money goes? If you guess the profit line of that company, you are correct. “Right to work,” or, what many are calling “the right to work for less,” serves as another example of the one percent profiting from the work of the 99%. So while we can debate the bias, or lack of in the census itself, you really can’t argue the facts: Minnesota is (traditionally) a state that invests in its own communities.

The only honest way to measure the effect of RTW is to separate out its impact from everything else. How much of Texas’ growth is due to warm weather, the oil industry, NASA, or migration from Mexico? Conducting measurements while holding everything else equal is called “regression analysis” in statistics, and it’s required for any article published in an academic journal. It is also what courts use to distinguish evidence admissible in lawsuits from what is termed “junk science.” The numbers provided by ALEC, the National Right to Work Committee, and other advocacy groups fail this most basic test; they hold nothing equal and simply assume that RTW explains growth.**

Based on the experiences of both Oklahoma and now Indiana, Minnesota simply doesn’t need the proposed RTW rhetoric. Unless, of course, the real goal is to keep company in undesired circles.