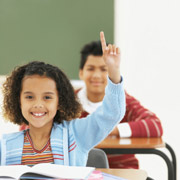 Rupert Murdoch, the media mogul owner of Fox News and dozens of other companies around the world, recently announced he was moving into the “education” business. He said, “When it comes to K through 12 education, we see a $500 billion sector in the US alone.”

Murdoch is part of a growing list of corporate executives who see schools as profit centers. The education reform industry and their privatization efforts that have virtually destroyed the public education systems in Chicago, Philadelphia and New Orleans have been quietly, and not so quietly, targeting the Twin Cities.

Since 1995, budget cuts and poor policy decisions have closed at least two dozen public elementary schools in Minneapolis, according to Eric Myott, research fellow at the University of Minnesota’s Institute on Metropolitan Opportunity (IMO). The impact has been larger class sizes and fewer neighborhood schools.

As our public schools deal with insufficient resources and increasing challenges, they need more support, not less.

But a group of unelected, corporate oriented, “education reform leaders” have announced that they are pushing to develop 20 more charter schools in Minneapolis. Last year, Charter School Partners, a pro-charter school lobbying and advocacy group rolled out their “Charters 2.0” initiative, in which they will use public funds to finance “the creation and growth” of charter schools and fast-track the approval process for new charter schools.

As part of their coordinated “Education Reform” effort, organizations from around the country are pouring money into an aggressive lobbying and public relations efforts to promote the expansion of charters.

According to recent lobbying reports, StudentsFirst, Inc., the controversial Sacramento-based education reform group headed by Michele Rhee, spent $99,122 over the past two years on media advertising to “influence legislative action” and other lobbying efforts. Meanwhile, the New York City-based 50CAN, Inc. spent $144,396 to lobby here. The chair of 50-CAN, Minnesota’s own Matthew Kramer, is also the CEO of Teach for America, a group that has also been spending money in Minnesota to impact legislation and campaigns.

What the national and state charter school proponents fail to reveal is that their “solution” to the challenges facing public education in America is failing.

The greatest threat of all is that charter schools are undermining the fundamental American principle that public schools should be governed by the communities they were built to serve. But one need only look at the Board of Directors of these various charter schools to see where education reform is taking us. Hiawatha Academies, for example, has a board of executives from major corporate entities such as United Health, Best Buy, Standard Health, and U.S. Bank. Similar evidence can be found with dozens of other charters. In some cases, the charter chain headquarters are not even located in Minnesota.

It is time for our elected leaders to put a stop to this attack on public education and re-dedicate themselves to rebuilding and renewing the public schools of Minneapolis and St. Paul.