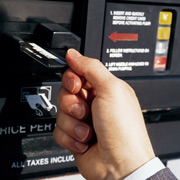 For practically everyone from President Obama to the anarcho-libertarians of the right, conventional wisdom holds that raising fuel taxes is the new third rail of American governance, as perilous as messing with Social Security. But as many of our transportation systems creak under the weight of too much traffic and too little upkeep, the American people are delivering a different message.

First of all, they are fed up with congested, crumbling highways, according to a recent HNTB Corp. national survey in which 54 percent of respondents expressed displeasure with poor pavement and half complained of chronic congestion. Small minorities said tolls and other user fees are too pricey.

Second, drivers show a little-recognized willingness to pay higher fuel taxes and tolls if — an important if — the money goes to better road maintenance, safety improvements or tailpipe pollution abatement. In a different survey conducted by the Mineta Transportation Institute, nearly two-thirds said they’d pay 10 cents a gallon more in federal fuel taxes for better-kept roads and bridges. But if the increase came with no promises about how it would be spent, support drops to less than one in four.

Another HNTB survey found that more than three-quarters support greater federal spending on roads, bridges and transit. More than four out of five give our country’s infrastructure a C grade or worse.

Despite the conventional wisdom, this should surprise no one. Since 1980, traffic on interstate highways grew by 150 percent while capacity increased just 15 percent. The U.S. Department of Transportation estimates that governments are spending billions less than is needed just to maintain our highways’ and transit systems’ current weak performance. The $50 billion Minnesota highway funding gap over the next 20 years projected by the state DOT is just a small part of that shortfall.

Americans’ discontent with their transportation system and their openness to paying more to improve it are at odds with right-wing insistence that public road and transit revenues never be increased under any circumstances. Some so-called conservatives are calling for phasing out federal fuel taxes, a sure prescription for wearing out our roads and bridges even faster than we’re seeing now with the persistent decline in per-gallon levies’ buying power.

The 18.4-cents a gallon federal gasoline tax hasn’t budged since 1993 as inflation has reduced it to the equivalent of 11 cents. Meanwhile, more fuel-efficient vehicles pay less of this user fee while contributing unreduced damage and congestion to our roadways. And now gridlock in Washington threatens even a simple reauthorization of the tax and its $100 million a day in revenue before it expires on Sept. 30.

That “would be tremendously destructive,” the New York Times editorialized this week.  “It would bankrupt the already stressed Highway Trust Fund, with devastating effects on the country’s highways, bridges, mass transit systems and the economy as a whole.”

There’s a similar story with Minnesota’s fuel taxes. When legislators overrode former Gov. Tim Pawlenty’s third veto of a transportation funding bill in 2008, several Republicans who voted for it were excommunicated from the party. Their mortal sin? Raising the gas tax for the first time in 20 years, in the wake of the 35W bridge collapse tragedy.

The final phase-in of that legislation came last month, topping out the state gas tax at 28 cents a gallon. That’s a pittance, less than the U.S. state average and far short of the $4 or more a gallon charged by many countries in Europe.

What’s more, the Minnesota tax hike didn’t even come close to matching inflation. Compared with the 20 cents a gallon levied in 1988, the current rate is less than 15 cents in real terms.

Tax-cutters on the far right say they want responsibility for roads, bridges and transit left to state and local governments. But you can bet they’d fight all efforts to replace funding from Washington, even dollar for dollar.

Never mind that our prosperity depends heavily on transportation infrastructure and services that only government can provide equitably. Privatization, a Holy Grail for conservatives, will be cost-effective for only the biggest and busiest facilities, leaving the lion’s share of our means of mobility and access starved for support.

State and federal fuel taxes built the world’s greatest highway system, one that now is crumbling. Even Ronald Reagan thought government was the solution, not the problem, when he proposed and signed into law a nickel increase. Today’s leaders at all government levels should follow his example and reverse the decline of transportation revenues, at least with inflation indexing.

We’ve tried transportation tax cuts on autopilot for a generation. Americans aren’t happy with the results. It’s time, in Washington as well as St. Paul, to get serious about funding transportation for the 21st century.