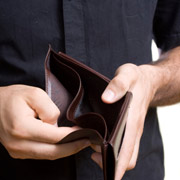 In late 2008, 28-year-old Rochester native Tim Wynn injured his hand on the job while working as a machinist and was eventually unfairly fired due to the injury. “It was at that time I had to file for unemployment insurance,” Wynn recalls. “Which was only a little over $400 a month, but we were able to make it work with one of us still working.”

Working America, the grassroots organization for workers whose 250,000 members in Minnesota have expressed great concern about these new requirements, has been bringing awareness to this issue to Minnesotans all over the state. “One of these new state requirements would be to deny unemployment insurance claimants without a high school diploma from receiving benefits, unless they are currently enrolled in a GED program,” says Working America’s Minnesota State Director, Brianna Halverson. “Barriers that would require jobless workers have diplomas are simply unfair and unworkable when the waiting lists for GED programs are sometime years long.”

Wynn, like many, had a family early in life. “I did what I needed to do,” he said, “Which was to take responsibility for my family and go straight into the workforce. I knew my career choices would be limited, but I was willing to work hard to provide for my child.”

“I never thought that I would have been in the situation I was in, but the idea that not having a high school diploma would prevent me from receiving unemployment insurance is outrageous,” exclaimed Wynn. “Actually, it would discriminate about half of the co-workers I’ve ever known, many of whom are currently out of work and would be devastated by this.”

Brianna Halverson adds, “This provision seems part of a larger agenda to stigmatize unemployment insurance by suggesting that Americans are jobless because of their own failings, rather than because our economy still has six million fewer jobs than when the recession started.”

After three years, Wynn prevailed in holding his former employer accountable for unfairly firing him; allowing him to get the surgery to repair his wrist. Wynn now has medical clearance to work again. When asked what would have happened if he had been required to have a high school diploma to receive unemployment insurance, Wynn said: “We would have lost everything. Those benefits were the only thing that kept a roof over our heads and our spirits up.” He added that without the insurance, he would never have been able to get surgery and would have lost use of his hand forever.

Information in a January 26, 2012 statement from Committee of Ways and Means Democrats indicates that if House Republican Bill HR 3630 is enacted, more than 35,000 Minnesotans would lose unemployment insurance.

“I want others in Minnesota to stop looking at unemployment insurance as something that only costs taxpayers money and which can be easily cut,” says Wynn. “When people have money to stay above water, that means they’re spending it into the economy, which keeps many businesses, employees and families above water as well. Congress should not make being jobless even harder than it already is.”

Chase Brandau is the Minnesota member coordinator for Working America. Working America is the community affiliate of the AFL-CIO and has 3 million members who fight for good jobs and a just economy.