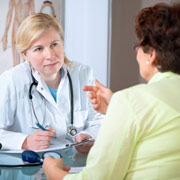 Despite conservative rhetoric, big public health care program cuts will do little to control rising health care costs, as part one of this series explained. It only shifts the burden to low-income people and seniors.

Because of its purchasing power, the federal government has a tremendous advantage when negotiating for health care services, which individuals wouldn’t receive, thereby increasing per capita costs when the burden shifts to each citizen.

Preventing Return Trips to the Hospital

In addition to the strategies mentioned in part one of this series, another way to slow the growth in health costs would be to shift toward an emphasis in preventive care.

Dr. Arthur Kellerman, a former Emergency Room doctor, recounted to NPR a story of a woman unable to afford blood pressure medicine who was rushed to the ER with a hemorrhagic stroke. “[F]or less than the cost of that futile, 90-minute effort in the ER, the woman could have had all the blood pressure medication she needed for the rest of her life.”

An emphasis on before-the-fact care can save money as well as pain and suffering down the road.

Preventive care is no catch-all for budget savings; each specific condition being prevented is different. In a number of cases, widespread prevention costs as much as or more than post-treatment (though quality of life certainly improves). However, one particular place to look for preventive savings is hospital readmissions.

Nearly 20% of Medicare patients are readmitted to a hospital within 30 days of discharge. Correctly administered care with proper follow-up in the first place can prevent many of these readmissions.

Hospitals that have implemented programs for preventing readmission have found success; unfortunately, these programs can be expensive both due to the costs of running them and the foregone revenue from keeping patients out of the hospital.

Part one of this series focused on costly medical procedures that aren’t beneficial; another large drain on health care dollars in the U.S. is end-of-life costs.

These costs represent a much more difficult bridge to cross. Nevertheless, if there are compassionate ways to address these costs, we as a nation need to look at them, as a quarter of Medicare spending goes to the five percent of Medicare patients in their last year of life.

Fortunately, there is a clear, ethical way to lower these costs, one that even allows us to better honor the wishes of individuals on their deathbeds.

As Evan Thomas of Newsweek writes, “Studies show that about 70 percent of people want to die at home—but that about half die in hospitals.” Dr. Atul Gawande elaborates further, saying that at the end, “We want to be with others and family. We’d like to be mentally alert as much as possible. We’d like to avoid suffering, and we’d like to spend our last time doing stuff we care about and not just taking in treatments that make us suffer.”

Shifting from a health system hellbent on preserving life for as long as possible to one that values quality of life at the end is a vast calling which would require a cultural shift and a national conversation as to whether we do desire that goal.

In the meantime, end-of-life consultations are one way to ensure we better honor each individual’s wishes, whatever they may be, and doing so also tends to lower end-of-life costs.

New Medicare regulations include funding for end-of-life consultations. The Affordable Care Act originally included these consultations, but they were removed after detractors labeled them “death panels,” meaning their rollout has suffered from a distinct lack of fanfare.

If the Super-Committee seriously wanted to tackle end-of-life costs, they could look at notifying new Medicare enrollees of this consultation while strongly encouraging them to take advantage of it.

Another strategy would be for Medicare to fully fund Hospice care—which stresses developing a living will and other end-of-life plans—concurrently with other medical care for patients with a life expectancy of under one year.

When insurer Aetna tried it, they found overall costs dropped by nearly a quarter. These policy changes would better honor patients’ wishes while also helping to master our growing budget deficits.

None of these options are likely to be widely popular or garner massive support. But ultimately, if we want to alter the trajectory of health care cost growth in this country, we need to use the size of the federal government and programs like Medicare to our advantage. As the Commonwealth Fund writes, “Only Medicare, as the largest purchaser of health care, has sufficient clout to set payment rates while still engaging the participation of nearly all providers.”

If we mean it when we say we want to control our federal budget deficits—which absolutely requires reining in health spending—these are the sorts of options we and the Super-Committee need to examine.