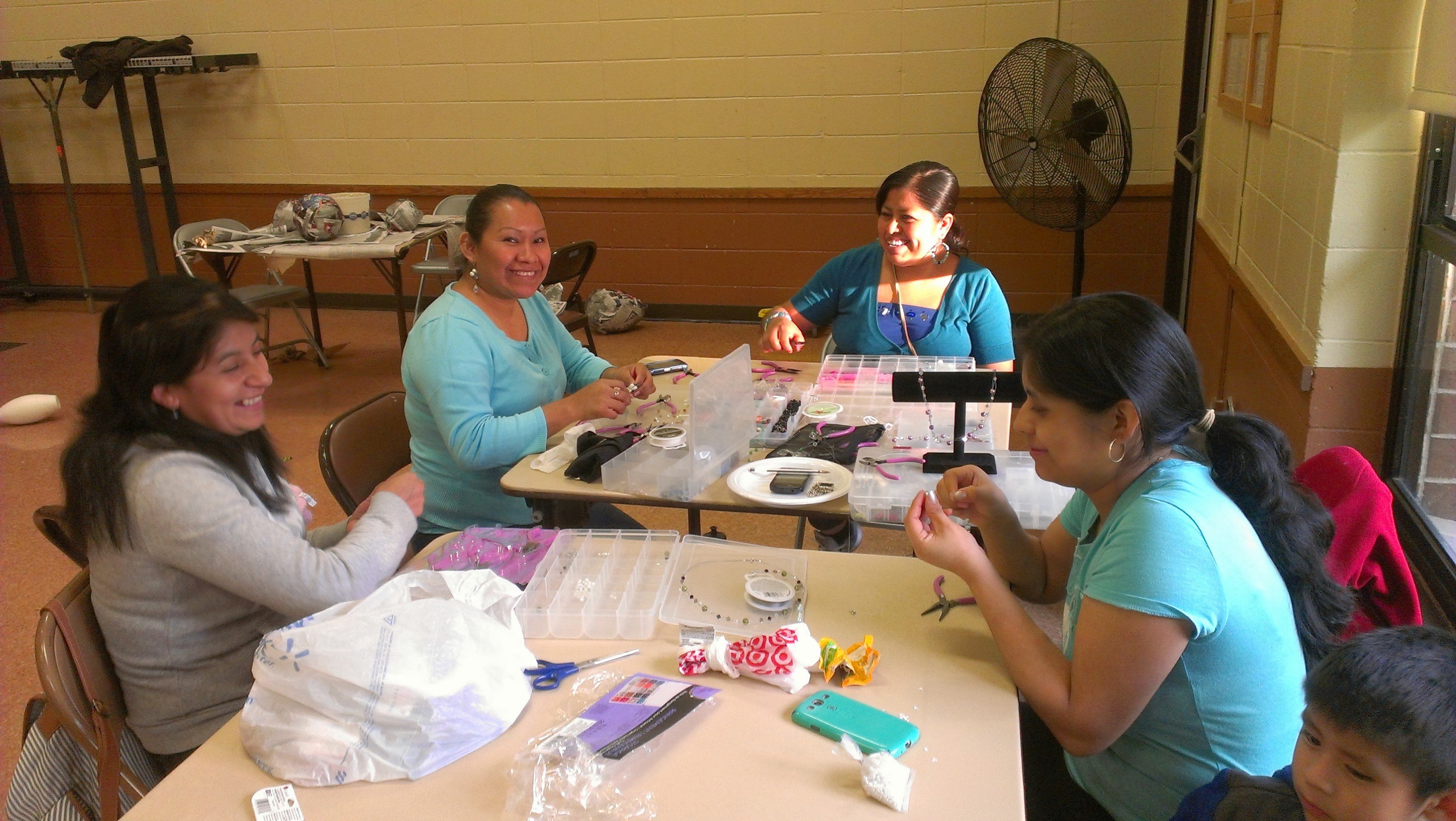 I live in Brooklyn Center, but I lived for five years at Cedar Ave and 38th Street. It was there where I met Silvia Perez and the program Mujeres en Acción y Poder (MAP) or translated as “Women in Action and Power.” This program consists of information, activities, crafts and resources for the community, especially women who speak Spanish. MAP started in the year 2007 and is an initiative of Corcoran Neighborhood Organization.

The first time that I attended the women’s group I was very interested because there I found support within the group and I began to discover some of my talents as a woman. I didn’t know how important is was to develop my talent. One of my talents that I discovered is that I have great potential to make change in my community as a leader and to create projects with young people and parents. The other talent is that I have a lot of imagination. Also I realized that I can help the community to express itself through murals or other opportunities in the arts.

I moved to Brooklyn Center and started to reflect on my talents. I started to work in the community by following the example of Mujeres en Acción y Poder, and I started a soccer team. I invited my community of Brooklyn Center and Brooklyn Park, starting with invitations going out to restaurants (Chinese Buffet, Subway, McDonald’s…) to find Latino people and to let them know about my intensions with this project. St Alphonsus Church also gave me the opportunity to invite the community and that is how it started.

I got kids of various ages and we started a league that formed four teams. I was very successful. The purpose of this project was that after school the kids had the opportunity to meet other members of the same community and make friendship. Another purpose was for the children to be outside their homes and to stay health rather than watching a lot of television, and games like Wii and Nintendo.

About six months ago I returned to meet with Silvia Preze and invited me to the course “Lideres en Acción Y Poder” (LAP) or translated as “Leaders in Action and Power.” This was to participate in a leadership workshop that would discuss different topics in the Minneapolis community. The theme of promoting public safety in our neighborhood was selected with John Reed, a Crime Prevention Specialist with the Minneapolis Police Department, as the presenter.

I started to go and since then I have been attending the classes every Tuesday in order to have more tools, knowledge in leadership and to create more community projects. Community to mean all common people who are active, no matter where they live or where they come from.

I still live in Brooklyn Center, but to me it’s important to contribute to the Corcoran community because helping people in need gives me great pleasure. I’m happy because to be a leader is to be who I am. Working with Corcoran benefits me in terms of personal and professional growth, and with my interaction with other groups of people in the cities that help with other community projects.

Right now I’m creating a workshop about piñatas in order for the community learn about them, and to create an environment not only for Latinos, but for the community at large. It’s a great opportunity to learn the tradition and origin of piñatas, and benefit from being able to create your own piñatas for your events.

To me a leader is a person who takes initiative to make positive and constructive changes in their neighborhood, community or city. It’s a person who does not expect anything in return nor benefiting financially.