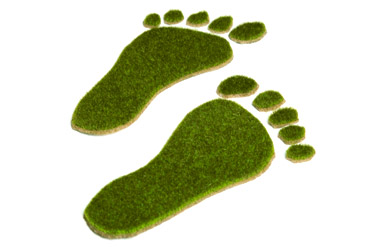 A house surrounded by trees in a cozy Minnesota suburb may seem more environmentally friendly than an apartment in a multi-unit building in Minneapolis for no other reason than its surroundings. When it comes down to it, however, living in Minneapolis or St. Paul can be a whole lot more green, for a number of reasons. One focal point of environmental impact is carbon footprint, and studies on the carbon footprints of urban residents show lower per-capita carbon emissions than the suburbs. As everything in policy, of course, it’s a complicated comparison.

Living in a city allows access to many sights and sounds, and that access is frequently multi-modal. Biking, walking, riding transit, and even car sharing are a lot easier in a city. Another assertion from urban advocates is that the high density of cities provides more energy efficiency, and therefore less negative effect on the environment. This leads to the conclusion that a unit in a multi-family apartment complex, for example, is more environmentally friendly than a detached home, for no other reason than density.

One study is challenging this assertion, however, stating that density may have little significant effect on carbon footprint.

The study’s authors conclude that carbon emissions are not substantially different between the suburbs and cities of Finland, where the study took place. They focus on the communal energy consumption of multi-unit buildings, and come to the conclusion that density alone doesn’t have a significant effect on energy consumption. The study also concludes that while living space makes a difference for carbon emissions, this difference “is insignificant compared to the effect of income.”

Providing a stateside perspective is a research report from Harvard economist Edward Glaeser and UCLA economist Matthew Kahn, entitled “The Greenness of Cities.” According to the policy brief summarizing the study, cities and suburbs do not always follow identical trends for carbon footprints. They found that differences between urban and suburban homes for heating and electricity depended more on region than on density, and lower density has a larger effect on driving-related emissions.

Electricity usage is highest in places where air conditioning is widely used, like Houston, and emissions from home heating are higher in colder regions. Boston is given as an example of a place where heating emissions are much lower in the city than the suburb, but because they rely primarily on fuel oil, they have higher carbon emissions than cold cities that rely more on natural gas for heating, like Chicago. In some cases, heating emissions were greater in cities than suburbs; in some places the opposite was true.

When it comes to private transportation, on the other hand, cities always came in with much lower emissions than their surrounding suburbs, with the exception of car-centric LA, which was only slightly below its suburbs. This point is best illustrated by the maps from the Center for Neighborhood Technology, which included maps of the Twin Cities region. Focusing on driving-related carbon emissions, they found that emissions per acre were highest in the Twin Cities and lower in the suburbs. When the maps were drawn for per-household driving-related emissions, however, the colors on the map switched completely: the suburbs were shown to have much greater driving-related emissions.

It is clear, then, that there is nothing simple about being green. Low-carbon buildings, clean and renewable energy sources, energy efficiency, and diverse transportation all merit attention. Fortunately, we have a leading example of these smart policies in Minnesota. Minneapolis has been recently rated the tenth greenest city in the United States and Canada by the Siemens Green City Index. In the rating, Minneapolis was praised for transit-oriented development, land-use policies, and being one of the first American cities to “incorporate environmental sustainability into city planning.” It also received merit for having the lowest electricity usage in the index, even though the city’s per capita carbon emissions are higher than average, which is consistent with the findings for cold regions in the “Greenness of Cities” report.

Smart policy is multifaceted, and studies like these aid in discovering the most efficient ways to lessen our impact on the environment through policy decisions. Our past development and energy decisions have provided many environmentally damaging results, like the overwhelming reliance on cars and the unhealthy reliance on coal power. Minneapolis and St. Paul are not only implementing policies to reverse these trends, they are leading the way for smaller communities across the state to follow suit, as many have. These policies prove that progress need not come at the expense of our natural surroundings.