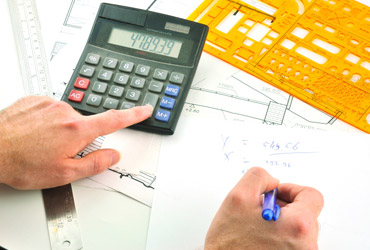 Minnesota’s budget deal has been criticized for irresponsible borrowing, namely from tobacco funds and schoolchildren. It does, however, contain an example of smart borrowing: a $500 million bonding bill that will invest in our future and put Minnesotans back to work in the short term.

The bonding bill will spend $500 million on construction projects across the state, including a new physics and nanotechnology building at the University of Minnesota, a new science and engineering building at St. Cloud State University, new wastewater treatment facilities, and levees for flood mitigation. In addition, the bill sets aside funds for restoring and renovating aging public buildings all over the state.

The dire condition of Minnesota’s construction industry makes these projects even more important. Construction employment began declining after the housing bubble peaked in late 2005 and took a nosedive when the downturn began in late 2007. Even after the recession officially ended in mid 2009, construction employment had continued to fall since overall job growth has remained sluggish. Seasonally adjusted, industry employment has dropped by over 50,000 since the peak of the housing bubble. Furthermore, according to data from the Bureau of Labor Statistics, Minnesota construction unemployment in 2009 was a whopping 17.5%, compared to overall unemployment of 7.4% that year.

The bonding bill will also have a multiplier effect on Minnesota’s economy. As more workers become employed due to increased construction spending or see wage growth, they will spend those additional wages on goods and services, further stimulating the economy. In their 2010 study of the recent federal stimulus, economists Alan Blinder and Mark Zandi calculated a multiplier of 1.57 for infrastructure spending—that is, for every dollar spent by the government on infrastructure projects, $1.57 is contributed to the aggregate economy. The $500 million bonding bill, then, would have a gross impact of $785 million on Minnesota’s economy: $500 million directly, and $285 million indirectly through stimulated consumer spending.

That additional $285 million will also eventually be spent in other places, meaning even more job creation. In 2009, wages averaged $45.8 thousand across all sectors, meaning that a $285 million increase in gross state product corresponds to over 6,200 jobs.

Chalk it all up and the bonding bill could provide over 16,000 jobs for Minnesota over the next few years. The actual number will likely be fewer, as an increase in gross state product will also be reflected in wage growth. Either way, the bonding bill will put thousands of Minnesotans back to work and put more money in the pockets of thousands more.

Some would argue, though, that stimulus policies only create a short term “sugar-high” and fail to address long-term economic issues while piling debt onto the future. Eventually, the bill’s short-term employment benefits will disappear and leave the government with unmanageable debt and an unimproved economic outlook. This, however, is far from the case.

First, it will be well within the state’s means to manage the bonding bill’s debt service. According to February’s budget forecast, Minnesota’s general debt is around $6 billion and service on that debt is projected to total about $475 million. This compares favorably with other states: a 2008 Minnesota Taxpayer’s Association report ranked Minnesota 34th in the nation for interest on general debt per $1,000 of income. Dayton’s original $1 billion bonding proposal would have added $18 million to the state’s biennial debt service, which was within our ability to handle. The $500 million bill, then, would only add about $9 million, keeping interest payments at a healthy level.

Unfortunately, persistent deficits over the past decade have caused Minnesota’s credit ratings to suffer. Moody’s downgraded the state’s top rating in 2003 and Fitch followed suit this year, causing interest rates on municipal bonds to increase. Fortunately, Minnesota has retained its top rating from Standard & Poor’s and interest rates remain low and suitable for investment.

Second, the bonding bill is more than just a stimulus. It makes wise investments in infrastructure and education that will bring returns long into the future. Projects like new buildings at state colleges and universities, improved public infrastructure, and renovations to crumbling public buildings will be vital to Minnesota’s future. The bonding bill is smart policy because it provides not only short-term stimulus, but also long-term investment.

After a heated budget debate that polarized the state, a bonding bill is exactly the kind of forward-thinking policy that Minnesota needs. Conservative lawmakers have consistently labeled tax increases on the wealthy as “job-killers,” but the real job-killer is a failure to adequately invest in public infrastructure.

For $500 million dollars, Minnesota will get a lot of value: thousands of jobs in construction and beyond, hundreds of millions of dollars in the Minnesota economy, and valuable investments in infrastructure and education. It’s a welcome boost to the state, one that we’re going to need in light of the massive cuts in this year’s budget.