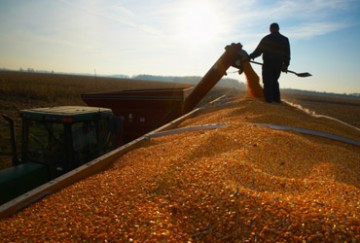 With federal budgets and farm and energy policies under attack, leave it to the Danes to point out the obvious: Something is rotten in Washington.

Part two of a two-part series. Read part one.

Budget cutters and political neophytes in Congress are taking aim at federal farm and renewable energy policies. This is not a debate over best uses of federal funds, such as diverting more of the USDA budget to rural economic development or food aid for the needy at home and abroad. It is only about cuts; consequences be damned.

Experienced voices on both sides of the Atlantic point out the dangerous consequences and lost opportunities the current federal budget battles present.

In part one, long-time House Agriculture Committee member Collin Peterson reviewed how the federal farm program is both a safety net for an important and vulnerable segment of America’s economy—the farm sector—while it is also an investment in infrastructure for the broader economy.

What troubles the Northwestern Minnesota policymaker is that farm and renewable energy policies, developed over the decades by bipartisan cooperation, are under threat by new members of Congress who are only committed to the tax avoidance interests of a well organized and affluent minority. Current budget proposals moving in Congress would cut the varied farm and food budgets by 25 percent while federal budgets in general would be trimmed by about eight percent.

These cuts are catching the attention of journalists on and off the ag beat. Public policy journal AGRO Washington highlighted the debate in its latest semi-annual issue because it appeared the USDA budget was coming under attack, according to publisher Nick Kominus.

A veteran agricultural observer north of the border reports how this year’s Canadian elections are altering farm and trade policies; the director of the Food Policy Institute at the Consumer Federation of America warns how Washington’s budget battles threaten food safety; and another experienced Washington ag journalists, former Assistant Agriculture Secretary, James Webster provides a profile on Michigan Sen. Debbie Stabenow, the new chair of the Senate Agriculture Committee, and looks at what that might mean to trade policy.

But with all due respect to Shakespeare, who found something “rotten” in Denmark, an especially important article was crafted by Henrik Steen Steensen, minister counselor for food and agriculture at the Royal Danish Embassy in Washington.

In “The Danish Partnership Between Agriculture and Renewable Energy,” Steensen summarizes what is working with farm, food and energy policies in Denmark and leaves it to us to see how rotten things have become in Congress.

Steensen recalls how Denmark was 99 percent dependent on foreign energy sources in the 1970s. From that time onward, Denmark has become energy independent, created a new, what most people call a “green” economic business sector that has created 3,450 jobs in rural communities, and Denmark’s economy has grown by 78 percent.

This has largely resulted from Denmark linking farm and renewable energy policies that include wind generation along with biofuel and biomass development. Straw, wood and biodegradable wastes are key ingredients of this energy development.

Steensen wrote that use of straw, wood chips, forest waste, wood pellets, biogas, wood and biodegradable waste had increased by 400 percent between 1980 and 2006. Now, he added, liquid fuels are being made from biomass sources such as animal and vegetable oils. Biodiesel and ethanol have not been widely used in Denmark, but that is changing with new capabilities, which he calls “second generation technologies.” The latter are especially important for accessing wastes from Denmark’s large pork production and processing industries.

The farmers themselves did much of the early investment in “green” agro-energy, or together in new, small cooperatives, Steensen said in an interview with Minnesota 2020, and it was encouraged by national public policy.

Now, however, new enterprises have been formed with municipal and regional utilities that are similar to our rural electric and telephone cooperatives as the size of these projects grow larger and need more partners and capital.

All this has significant implications for rural economic development on both sides of the Atlantic.

Steensen said he’s always amazed that Americans only get serious about renewable fuels when world crude oil prices climb above $100 a barrel … and how quickly this interest disappears when oil prices come down.

He’s not alone. Congressman Peterson sees the ethanol plants built by Minnesota farmers as the initial infrastructure for energy development for whenever science can find better wastes and biodegradable inputs to replace corn as bioenergy’s primary feedstock.

That may be years or decades ahead. It will require public research funds as well as public policies that encourage such developments.

But the benefits of such rural economic development are already apparent in both Minnesota and in Denmark. Benefits going forward can be even greater when conscientious lawmakers return to solving real problems and finding alternatives to crude oil.

That’s what makes the current budget battles so dangerous. Turning our backs on what would make an even more “green” agriculture would really be rotten.