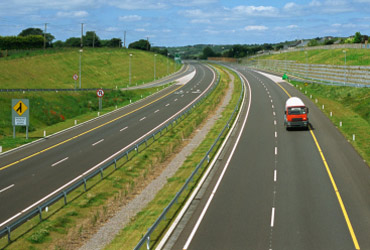 As states facing budgetary shortfalls cut back on improving and maintaining infrastructure, the nation’s infrastructure continues to crumble and lag behind modern innovation. Infrastructure investment has lagged even while sprawl has dominated growth patterns and far too many states have prioritized building new roads over maintaining existing ones.

Now, the realities of our fiscal situation and underperforming infrastructure require a new solution. Many proposals have been politically unpalatable, but one garnering more support and attention is a national infrastructure bank.

This has been proposed in several variations, from several different policymakers. Originally, former senators Chris Dodd (D-CT) and Chuck Hagel (R-NE) proposed it back in 2007. Their proposal included direct subsidies, project-specific bonds, and loans provided by the bank. Projects eligible ranged from transit to roads to public housing, and their emphasis was placed on infrastructure projects with regional and national benefit. The bank would have been an independent federal entity, with five board members appointed by the president.

There are currently two legislative proposals for an infrastructure bank. One is from Senator John Kerry (D-MA), Senator Kay Bailey Hutchison (R-TX), and Senator Mark Warner (D-VA). Their BUILD Act would establish an infrastructure bank with $10 billion in initial funding. The bank would be an independent entity, with a bipartisan board of seven presidential appointees. It would only issue loans and, in theory, it would become self-sustaining after its initial funding.

The second proposal was recently announced by Senator Jay Rockefeller (D-WV) and Senator Frank Lautenberg (D-NJ). Their proposal calls for two funding programs which resemble a type of infrastructure bank, but which would both be housed within the Department of Transportation. The first program is the American Infrastructure Investment Fund, which provides loans to transportation projects with regional or national significance, with $5 billion in initial funding. The second  program is a grant program for transportation projects, with $600 million in initial funding. Though the proposal is limited to transportation, the plan allows for the programs to “broaden its investment portfolio” to include more types of infrastructure projects.

Clearly, there is no universally accepted vision of the composition or abilities of an infrastructure bank. Each proposal varies in important ways, and the infrastructure policy community has been seriously considering the concept. One key issue is the availability of grants. The proposal currently garnering the most bipartisan support is the BUILD Act, the bank of which only offers loans, which may not allow for certain types of infrastructure projects.

As Streetsblog Capitol Hill points out, “Not all worthy transportation projects can be counted on to yield monetary returns on investment. Some good projects pay for themselves in environmental impact or equity for low-income people or public health.” This is true for other infrastructure projects as well. Oftentimes, the point of public investment is to provide benefits and goods that may not provide an economic return, but still provide public good. Of course, none of the infrastructure bank proposals attempt to get rid of the traditional method of funding infrastructure, so these types of projects may just have to continue to rely on traditional channels.

The one thing that all of these infrastructure bank proposals have in common is a focus on merit-based projects which are beneficial on a regional or national level. As James Oberstar pointed out in his recent speech at the University of Minnesota, this type of focus is sorely needed. In today’s polarized political climate, bipartisanship is rare and emphasis has been restricted to individual districts, instead of the bigger picture of U.S. infrastructure. As he pointed out, authorizing funding to clear up congested bottlenecks in places like Chicago not only aids Chicago—it aids Minnesota, the Midwest, and the efficiency of the entire nation’s transportation system.

America’s infrastructure, from transportation to energy to water, sorely needs improvement. If polarization must persist, then an infrastructure bank seems to be our best hope at merit-based improvement of our nation’s systems. A bank that exists as an independent entity has the potential to avoid short-sighted, parochial legislative interests and the ability to move each state forward by moving the whole country forward.