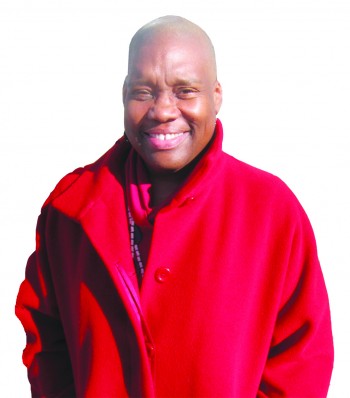 “Amicus Radius, honored as 2012 Program of the Year by Minnesota Women’s Consortium…, works with teenage girls involved in the juvenile justice system.”

On the face of it, this is a press release headline congratulating a do-good, social-service organization for having its laudable initiative recognized by a prominent entity. But with a discerning look, the Radius program’s significance can’t be overstated by press-release praise. Not when it comes to making a difference in the lives of young Black girls ensnared in the legal system.

For that matter, it doesn’t take stats from official authorities like the National Institute of Mental Health finding in 2009 that Black American females [in their teens] “may be at high risk for attempting suicide even if they have never been diagnosed with a mental disorder” to realize that this particular population is in serious trouble. Or the CDC reporting in 2009 that Black teens age 18 to 19 had America’s highest pregnancy rate, 97.5 per 1000.

All it takes is to simply look around you at life for Black girls and young women among the less than privileged. Their chances at leading more than a dead-end existence are slim and none. The last thing they need on top of all else is to find themselves on the short end of the system’s legal stick with no one to intervene.

Led by program director Marjorie D. Grevious, Amicus Radius (www.amicususa.org) intervenes with — as Grevious is prone to note — a passion. The Radius program could be more of a godsend only in the number of individuals it’s able to reach. Vitally hands-on, Amicus Radius taps into a key component for teen females: relationships and how important they are to a given client’s essential need to define herself and conceive her place in the world.

As the program’s highly informative brochure reads,” [Girls’]…relationships often contribute to their behavior, good or bad.” Accordingly, it attests, “Radius offers an in-depth [interaction] that addresses their main issues and helps them radiate strength from within. It seeks to…engage girls as active architects of their success.”

Amicus Radius focuses on elemental self-help values: caring, responsibility, respect, community and, vitally, transformation. Who, after all, needs more to realize she can improve her circumstance than a Black teenager trying to extricate herself from legal problems and fend off a future of going in and out of jail and prison?

Since 2000, it has served upwards of 200 clients annually, the scope presently encompassing North and South Minneapolis and the Brooklyn Park/ Brooklyn Center area. As for St. Paul, at one time, Grevious says, “[there was] a contract with Ramsey County. But, that ended.”

How does it feel to be involved in salvaging these lives? “I find [it] exciting,” says Grevious. “We work with a population our society either ignores or dismisses. Or doesn’t even know exists. Between 80 and 90 percent of [those] we service are Black. [Amicus Radius consists of a] team of five super-passionate, dedicated counselors.”

There is no perfunctory take-the-money-and-run processing of bodies to pimp funding. There’s an investment. “Absolutely. That’s what drew me to this team. They were so incredibly passionate.”

There’s no question of Grevious being qualified to handle the job, holding an M.S. in human services from Augsburg College. As a school liaison at Five Acres Group Home in Altadena, California, she developed a curriculum of life-skills-building techniques and college preparation for wards of the state victimized by child abuse. Before that, in Norwalk, California, she was a counselor at Helpline Youth Counseling, Inc. working with juvenile probation to assist girls in completing school.

Grevious now is at the helm and in a position to guide the difference Amicus Radius makes. “We offer an intense, one-on-one relationship, meeting individually with a counselor. [Clients] also go to group sessions” — relatively routine for therapeutic rehabilitation.

But not quite so run-of-the-mill and key to rendering gender-specific service are what’s termed “Support Circles,” which give the opportunity for collective reinforcement from those who are significant in the clients’ lives. It is, of course, invaluable to have a mindset to which clients are attuned even as they enter the program.

For instance, among the Radius’ operating principals detailed in its brochure is “Messiness is OK.” Females get that straightaway, understanding that it relates to problem-solving tending to get complicated. Males are apt to wonder whether that means it’s alright to leave things lying around.

Another essential component is understanding that females react positively to the proverbial carrot rather than the stick. Radius materials note, “Consequence programs often make girls rebel or withdraw.”

An ounce of prevention being worth a pound of cure, “There are,” Grevious says, “some conversations about the possibility of creating more of a prevention program — that goes into schools, that goes into communities — so that we don’t intake girls only after the fact and can start taking them in before the fact [and] avoid the probation pipeline.”

The St. Paul-based Amherst H. Wilder Foundation, a nonprofit health and human services organization, is studying Radius through 2015. “They are researching what we do and how we do it and documenting the results we get [with those whom] we serve.”

Nothing, it’s said, succeeds like success. Consider such success as Amicus Radius enjoys in helping clients. Owing to matters of confidentiality, Grevious is adamant in protecting Radius participants’ identities. Available in the brochure, though, are anonymous quotes thereto, attesting, “We were respected and considered.” And, “I learned how to keep myself in one piece no matter what.”

For a young Black woman to be able to make that statement in the face of legal and social adversity speaks, in a word, volumes