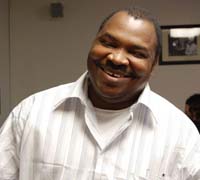 Although conditions differ from one country to another, by and large what we have is a continent where a sizeable number of the people – especially those between the ages of 18 and 45 – cannot wait to go into exile. They cannot wait to get out of their respective countries. Nigeria is an archetypal example of a country where, if embassies assured travel visas, 70 per cent or more of the college students will leave of their own volition.

The majority of those in exile either have nothing substantial to return home to, or their own governments do not want them back. We also see that in some cases, the political, economic, social and cultural space is not large or absorbent enough to accommodate exiles; in other cases, some exiles get blinded by the security, comfort and predictability of their host countries so much so that going back home becomes less attractive. Nigerians, for example, habitually point to the lack of basic infrastructure, poor personal and human security, and a sickening and corrupt political system. To be sure, there are other discouraging and encouraging factors, but mostly, the aforesaid accounts for why most exiles remain in North America and European countries.

Whether one knows it or not, acknowledges it or not, living in exile is horrible. It is one of the most painful of all human experiences. The pain and the anguish is less for most who vacated in their pre-teenage years. For them, acculturation and assimilation is much easier. With time, their memory of the old country fades; cultural chips become less powerful or insignificant; and ties to friends and family may become loose or non-existent. Essentially, therefore, they lose one country and gain another; lose one set of identity and gain another. They transfer their love and loyalty to their new country. For most of these early exiles, they will know one country and one country only. This is generally the case and the pattern unless of course a mother or a father or an influential relative kept the flame and the desire for the old country alive.

The United States, with which I am most familiar, is home to millions of African immigrants. Data may show that the US now houses more Africans than Western and Eastern Europe combined. For a while, Europe – especially Britain, France, Portugal, Belgium and Germany – was the preferred destination for Africans, particularly because of their colonial relationship. In other words, until recent years, colonial Europe was the port of call for Africans. Today, the whole world is present in the US: Every language and culture and nationality is present here. They are present here for different reasons. But above all else, people come here for the freedom, the opportunity and the option to live in manners that are guaranteed by US law and customs.

However, sooner or later, immigrants – African immigrants, who this essay is about – will come to realise that the longer one stays in this country, the deeper the pain and the agony. They may have big cars and big homes; they may have beautiful wives and successful children; and they may also have investment portfolios that are the envy of most. Yet, most will and do feel empty. Every so often, they travel to the motherland to see friends and family. Still they feel empty. Most act and feel like tourists in their own father’s land (as most can only spend two to four weeks at a stretch before returning to the grind and their predictable lifestyle). There are those whose eyes swell (with tears) at the thought of returning to Oyinboland. It can be lonely here. And they know it.

If you were a ‘nobody’ before coming to the US, and if you are still a ‘nobody’ after all these years, the ache and the grief may not be much. What may matter to you is that you are now a success compared to your previous life. But if you were ‘somebody’ before your departure, and you are still a big deal here, you are more likely to feel the pain. Even if you were a ‘nobody’ in your previous life, but once you become ‘somebody’ here, you begin to, after a while, feel a gradual pain – the type of pain that get more discomforting and unbearable as time passes. First the pain and then the anguish, followed by a sense of uselessness and sadness. If left unchecked, acute sense of loss and actual depression may set in.

An accomplished Nigerian author and teacher once told me: “Most of the professors and successful African immigrants you see in this country are sad and depressed… especially the professors… most are angry, and are not respected by their non-Black peers.’ From his vantage point, ‘most of these Africans are better read and smarter than most of their counterparts, but they generally are saddled with supporting or subservient roles; they have to defer to their non-black colleagues.’ To make matters worse, ‘even their students complain about their accent and mannerism, and assume they must be less qualified than other professors, especially the whites.’

Faced with such a situation, ‘they are angry at their home government, angry at their colleagues, angry at their students and subordinates, and are also angry at themselves.’ But within their enclaves and between their own people, ‘the African professors are the most pompous, most condescending and most irritating. Most cannot explain simple concepts or simple phenomenon without resorting to antiquated language… they have the need to impress.’

In all these places and beyond, I doubt if the majority of these Africans truly enjoy being there. The financial compensation is good, but my thinking is that they would rather be home: Helping their own people and helping to advance their own countries. But here they are – needed primarily for their skills and services; needed just to help develop and advance a country that is truly not theirs. How terrible it must feel to be just a hired hand.

If you are a South African, your lot in life may be a lot better. The same goes for those from Botswana, Malawi, Zambia, and a few other countries. In the West African sub-region, Ghana is the newest darling, home to quarter of a million or so Nigerians. If you are a Nigerian then you know you are violated. Twice over!

First, you are violated by a government that is utterly incompetent, utterly corrupt, and utterly wayward. You have a government, a succession of governments, which take pleasure in exploiting and brutalising their citizens. And then you have a citizenry that is too scared and falsely religious to fight back. And so they lie there and take it.

Second, it is not a good time to be a Nigerian anywhere in the world. It has not been a good time to be a Nigerian anytime in the last two decades or so. The world knows you have a well-endowed country that is badly run; the world knows about your soiled reputation (even though it is highly exaggerated and undeserved); and the world also knows you are scared to return home. For more than 30 years, to be a Nigerian was to be respected; in the last 20, it has become a hindrance. So, as an immigrant or as an exile, you feel it and you know it. How painful to know that people deal and interact with you from the other end of a long rope.

To be an African immigrant in the West or anywhere else is not easy. Within the international political and economic system, Africa is an afterthought; socially and culturally, Africa is also an afterthought. And even at the individual level, most non-blacks do not think much of the African. Sometimes one gets the feeling that non-blacks think of Africans as incapable of complex task; a people incapable of governing themselves without generous assistance from the Western world.

Such attitude and conviction, whether state or unstated, is condemnable. Even so, there are times when one surveys the continent and the various governments therein and wonder if, if, if – oh well, just take a look at Nigeria and its leaders (and leadership) for the last 30 or so years. If you are educated, enlightened, polished, decent, and with renaissance thinking and living in the West, is that the kind of country and condition you want to return to?

In the end though, if you have been living in the West for much of your productive life, and you are now clocking 55, 60 or 65 and with the urge to return home, you are likely to have a headache or develop insomnia for a few days or weeks. One might even have panic attacks. Long before this period, one may have planned it all out. One may have methodically planned it all out, in which case the transition – assuming home is where one wants to spend the fourth quarter of one’s life – is as smooth as possible.

However, whether planned or not, several years of exile have a way of making one a stranger in one’s village or community. How well and for how long you’ve planned the transition may determine your place and comfort in your new environment. Planned or not, smooth or not, you will, every now and then, get your bearings wrong, your traction will be shaky, your worldview out of sync, some of your mannerisms alien, and your thought pattern criss-crossed. This is the price you must pay for being in exile.

Sabella Abbide is a public intellectual who has written and commented extensively on African affairs. He is currently based in Washington D.C.

* This editorial/Opinion expressed in ANJ Online/Print is that of the author, not the African News Journal.