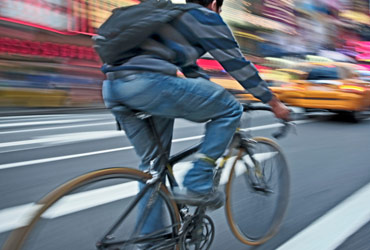 Robust, economically prosperous and growing metro areas are going to have traffic congestion, as Minnesota 2020 has noted.

On the eve of 2012’s legislative session, Transit for Livable Communities (TLC) is advocating several key transit initiatives to ensure stronger communities, protect our natural resources, and improve health and opportunities for all people.

More than 80% of Twin Cities’ transit riders are going to work or to school. In downtown Minneapolis, 40% of workers arrive via public transit. Transit eases congested highway corridors and improves mobility statewide.

While transit is the only option for many, increasingly people see it as a convenient, cost-effective, and greener way to get around. A recent Star Tribune report demonstrates transit’s demand. Metro Transit experienced a 3.5 percent ridership spike in 2011. Transit ridership in the metropolitan area (including Metro Transit, the suburban providers, and Metro Mobility) topped 90 million for the second time.

The Twin Cities has an innovative transit system, one that surpasses peer regions in many measures of efficiency. What we lack is the revenue to expand our system as quickly as competing regions.

Expanded transit across Minnesota—TLC’s broader agenda—is essential to household affordability and building family and community wealth. Last year, families in the Twin Cities region spent 8.4% of their income on gasoline. Only 15% of jobs in the metro region are readily accessible by transit. This has to change.

This state funding will help leverage greater gains, as most transit and infrastructure improvements receive federal and local matching dollars.

The Southwest LRT line recently moved into the Preliminary Engineering phase and now competes with fewer cities for federal matching funds. To have a chance of starting construction in 2014, state bonding for Southwest LRT is essential.

While some legislators could try to scale back LRT funding in the final bonding bill, Southwest LRT enjoys support from the state’s three largest local chambers of commerce—Minneapolis Regional Chamber, the Saint Paul Area Chamber, and the TwinWest Chamber.

Other important transit projects include Metro Transit’s proposed Arterial BRT system and addition regional transitways of including Bottineau, Red Rock, and Gateway. The latter corridors are being assessed to determine the appropriate mode and routing

TLC is also monitoring efforts to advance intercity passenger rail, including Northern Lights Express and improved service between the Twin Cities and Chicago.

Developing communities in walking or bicycling distance to transit routes and jobs helps reduce household transportation costs, which are among families’ biggest expenses.

In 2012, TLC will work with policymakers to craft legislation that allows municipalities to use tax-increment-financing (TIF) or other value-capture economic development tools to support new transit-oriented development (TOD).

For a generation, Minnesota shortchanged bicycle and walking routes while prioritizing auto-centric transportation. With an aging population, fewer young people owning cars, and increasing levels of obesity, improving access and safety for bicyclists and pedestrians is paramount. Considering that 25% of car trips are one mile or less, increased walking and bicycling can dramatically reduce pollution and congestion.

In 2012, TLC will work collaboratively with partners to advocate for more bike trails and pedestrian connections that serve a transportation purpose.

These are top priorities for 2012, but we also know that transportation is in the news every day. At the federal level, we’re watching as a new transportation law takes shape. The last 20 years have seen a shift in thinking around transportation to embrace a multimodal vision. TLC supports these efforts at every level.

Barb Thoman is executive director at Transit for Livable Communities.