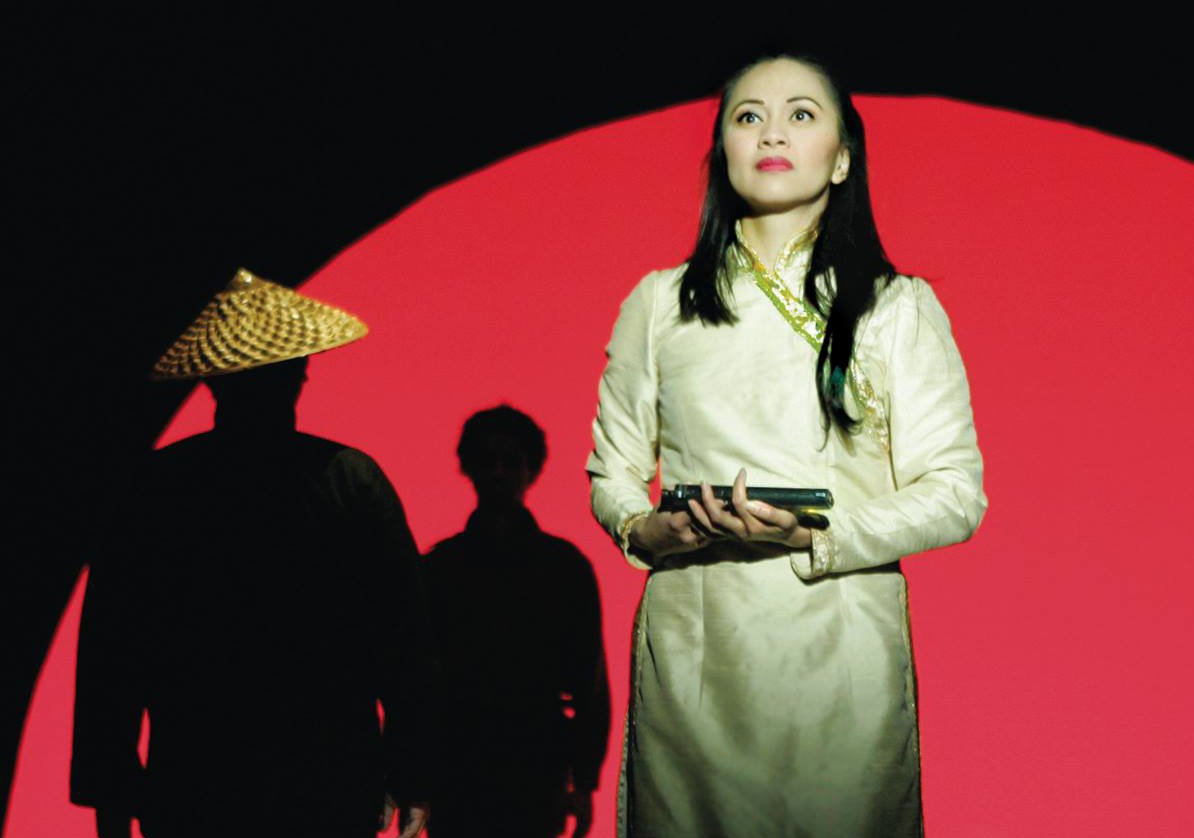 I’m writing because I think we should all agree not to review Miss Saigon when it comes to the Ordway. It’s offensive that the Ordway would choose to bring this musical back in the year 2013.

The musical by Les Miserables creators Claude-Michel Schönberg and Alain Boublil is based on Puccini’s 1904 opera Madame Butterfly, complete with the glorified suicide at the end when the title character (relocated from turn-of-the-century Japan to Vietnam circa 1975) hands off her son to the American soldier who fathered him. The blockbuster 1989 musical has become one of the most financially successful shows in Broadway history, with multiple productions having been seen by over 35 million people; the Ordway is now presenting, and coproducing, a new production that will play in St. Paul from October 8-13.

Miss Saigon is full of negative stereotypes, as Mu Performing Arts artistic director Randy Reyes recently told the Pioneer Press: “There is the over-sexualization of Asian women, the narrative of the Asian woman killing herself for a white man, the general romanticization of human trafficking, the idea of an adoption because the United States is supposedly the best place for an Asian-American child to grow up, and all of the ideas that come along with colonialism and privilege.”

It’s not as if the Ordway didn’t know that it that this musical is offensive. Miss Saigon was met with protests when the Broadway version toured here in the 1990s and 2000s. Why on earth would the Ordway think it would be any different now? It just seems so willfully disrespectful to take the position that, despite the fact that Miss Saigon causes pain for the Asian-American community, particularly for Vietnamese-Americans, they would say, “Well…but we’re going to make a lot of money, so we’re going to do it anyway.”

The Ordway is hosting a series of discussions on this, and on Monday, Mu Performing Arts is co-hosting their own discussion at MPR (not in association with the Ordway, the event is already reserved to capacity). That’s good that there are discussions, but honestly, I feel like the time for discussion is over. If the Ordway hasn’t figured out yet that they should not be putting on Miss Saigon, then they aren’t listening.

Look, I’m not saying that the Ordway is a horrible organization. They have a cultural advisory board (whom they didn’t consult about bringing in Miss Saigon, according to Marianne Combs’s blog post). They have hosted Mu numerous times, notably in 1994, the same year Miss Saigon sparked outrage. But you can’t do one without the other. You can’t tout your organization as being multicultural while all the while presenting racist material.

Yes, greedy—because of course the reason they are doing this is to make money. Certainly, as arts supporters we should support the Ordway looking out for its bottom line, but to do so while spitting in the face of the Asian-American community, and indeed all people of color, is sickening.

So Jay and Matthew, Rohan, Graydon, Ed, and the others: please. Just don’t go.