Instructor Michael Jurenek, a Guthrie Theater actor, showed Andrew Martinson how to move his fist “like a piston”; below, Jurenek jerked away as if punched. At bottom: Andrew and Nathan, his brother, practiced falling safely. (Photos by Margo Ashmore)

“Safety first. And no fake fighting in the hallways, the police will cuff you, or a hero might think he’s protecting your little brother and start pounding on you for real.” Michael Jurenek from the Guthrie Theater showed two brothers how theatrical fighting is really a form of dance, where the supposed victim is actually totally in control.

For example, have you ever actually seen an actor pull a chunk of hair off someone’s head? No. The aggressor makes a fist, the victim covers the fist with a hand, as if trying to pull him off, and leads him around the room while they weave back and forth as if in battle.

Choking is similar. The aggressor makes “flippers” to hide his thumbs, the victim pulls down on his arms distributing the pressure onto the chest while they both grimace, and don’t give up until the victim carefully steps back or forward into a fake collapse.

As Jurenek showed Nathan and Andrew Martinson how to slap hands or their clothing to simulate the sound of an punch, and he demonstrated how to follow through and make the audience believe the other guy’s hand did some damage.

Punch or knee in the stomach? Again, the victim does the cringing and groaning, but the guy doing the “punching” is actually moving in somewhat slow motion without much power behind the trajectory that stops in a mere tap. “When you’re practicing, go at one-quarter speed, then half speed, and then when you have it down, go up to three-quarters normal speed. They often film movies in slow motion and then speed them up.” 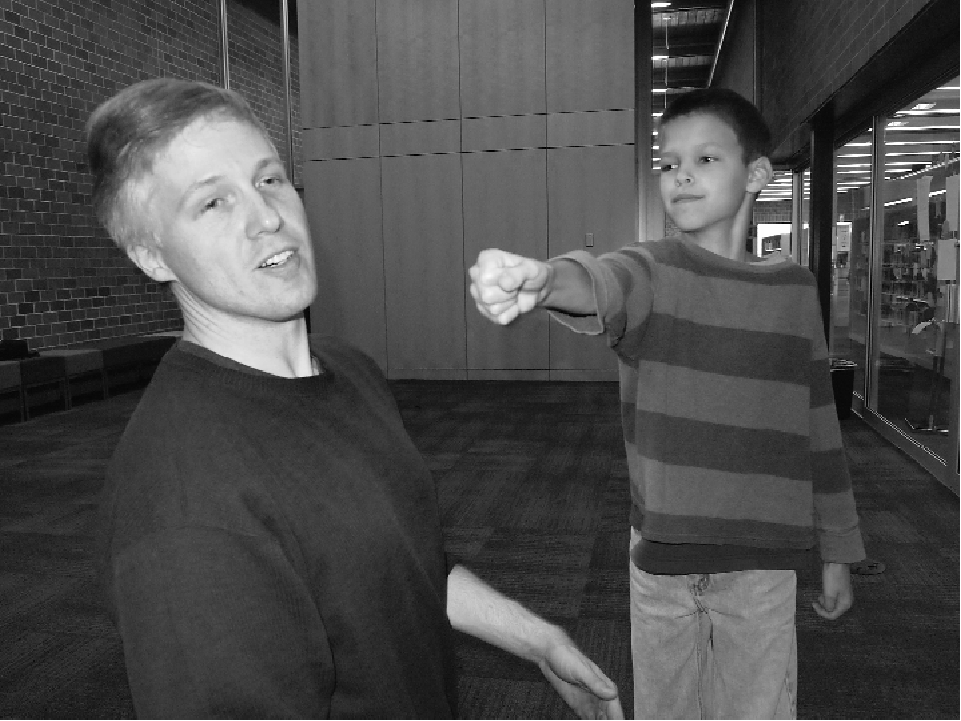 Jurenek told the boys that if they get cast in a stage play, they might be asked if they can do a fight scene, and will be able to say they know how to do it right. “Don’t let anybody say it’s just a slap. Slapping is dangerous.” A real slap to the face can break a jaw or teeth or blood vessels.

“Whatever you do, practice it first. Make sure there’s an adult around, and agree ahead of time what you’re going to do,” Jurenek said, wrapping up the workshop, held Saturday, Oct. 22 at the Northeast Library. He had the boys do stretches for warmup. And throughout his demonstrations, he stressed the importance of looking each other in the eye before setting up the target.

Their mother, Kris Martinson, said the boys had been watching Lord of the Rings movies. Jurenek recommended a film with Antonio Banderas and Anthony Hopkins that has some great fight scenes.

The Guthrie has been making the rounds of Hennepin County libraries with the program, called “Duke it Out” and offered a similar program at Sumner Library the same day. 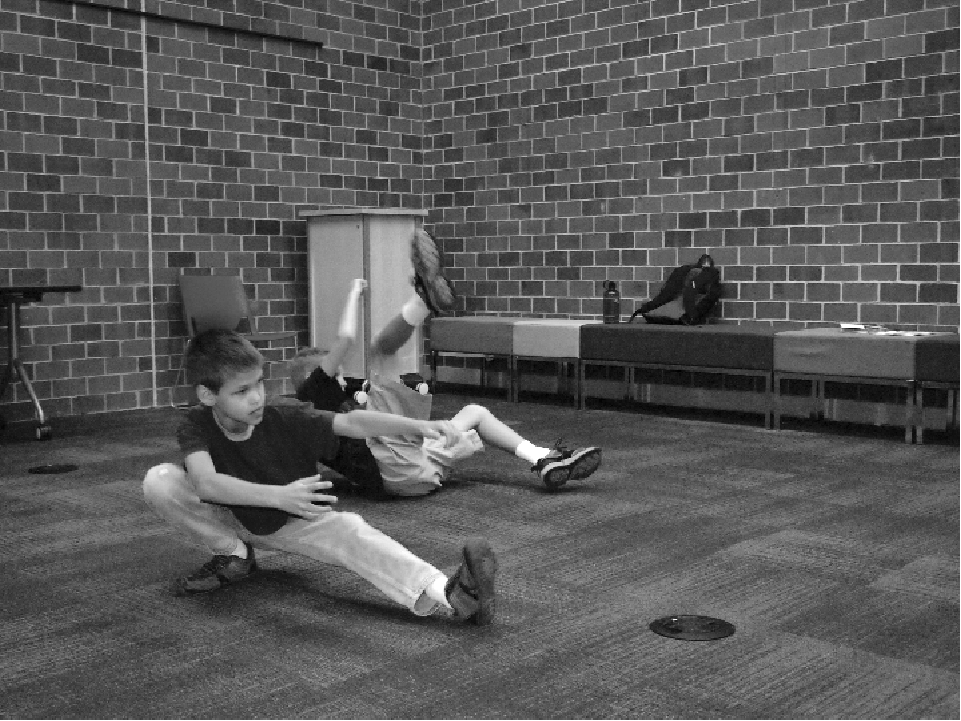