The more consumers have grown computer friendly, the more bells and whistles manufacturers have come up with to attract users. As a direct consequence, the Internet has loosened corporate America’s stranglehold on communication. 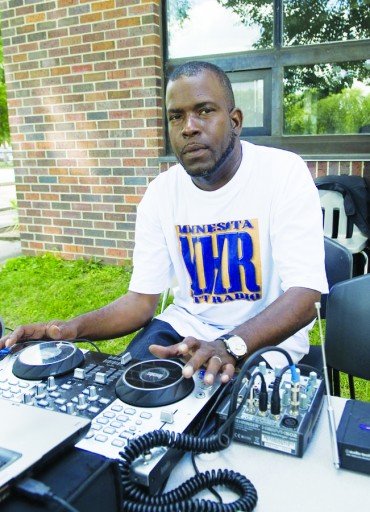 One of the more ingenious results is that radio, a vastly popular media, no longer remains the province of the moneyed elite who can buy or build an outlet and arbitrarily shut out whom they choose. Individuals with programming to provide needn’t kowtow anymore to station owners. Operators can set up shop and simply own their own stations, or, for that matter, a network.

For instance, there’s Minnesota Hott Radio (minnesotahottradio.com), part of The Hott Radio Network that maintains outlets across the country and internationally, including London and, of all places, Mumbai, India.

In Minnesota, Marvin Banks of Red Wing is general manager for the fledgling Hott Radio franchise with an initial air date of July 1. He is excited about getting things up and running from both a business and personal perspective.

“All my life, even when I was younger, I’ve loved and been interested in music — always had a heart for it — anywhere from house music to hip hop [and] R&B.”

While passion may very well be a wonderful thing, it can’t be the only qualifier for successful broadcasting, whether your station goes out over the airwaves via a transmitter tower or over the Internet via a computer. Toward that end, he states, “I went to school in Chicago at Columbia College for studio engineering.” It was in Chicago that Hott Radio Network owner Craig Wallace tapped him for the position.

“He asked me, I [agreed], and we got the business aspect out of the way.” Part and parcel of that business aspect, it happens, is to draw Black advertisers interested in hawking their wares to the station’s primarily Black audience.

“He sent me the general manager contract and I got on board with it.” As a product of the Internet, Hott Radio has a popularly associated dimension. “We’re not only a radio station; we are a social media station as well.”

Pursuant to which, at the website there’s the option for social login, a chat room, and the opportunity to interact with listeners who decided to become members of the station. “You chat with your friends while you listen to the music. It’s the Black Facebook.”

Station member Tanicia Clark extols at the website, “This has been something MN has needed for a LONG time and it is finally here. WELCOME! Minnesota Hott Radio to the TWIN CITIES.”

Banks observes, “Everybody socializes with us.” Programming is seven days a week, around the clock and not the average fare. “I love all entertainment, anywhere from stage plays to orchestra composed music, jazz, radio, neo-soul.” He points out that Minnesota Hott Radio offers a strong variety and emphasizes that gospel music lovers, as programming gets under way, will have good reason appreciate the station.

“I love that the Lord Jesus has given me this opportunity. I’m trying to get a church to do a live broadcast every Sunday. We’ll have gospel music. Also, though, I want to have a church on board [with] a pastor preaching the Word and getting it heard. And interviews, of course.”

Go through the Twin Cities any given Sunday and you’ll find in African American neighborhoods parking lots full of cars and throngs of the faithful making their way to worship. Accordingly, how better to establish and maintain an integral presence in the media than to make your enterprise relevant to Minneapolis and St. Paul church-going folk?

Secular sounds, it goes without saying, have to be the station’s bread and butter. Banks adds that, along with national acts, local artists like Zsamé Morgan, PaviElle French and others will receive long-overdue exposure.

“Once a week I will feature nothing but Minnesota talent. They need more airplay.” Again, the Internet aspect offers an exceptional advantage — with feature artist video and featured artists where listeners can read artists’ full bios.

“If a [featured artist] has a YouTube video, it can be linked to the station,” Banks explains. “We’ll have their picture up. There will be conversations with them.” In short: a full-service promotional opportunity.

If that’s not enough, he has more on the drawing board. “Eventually, I’ll be bringing in comedy shows with people like K Jay the Comedian and some others. Also, I want to open the airwaves to spoken word.”

With the likes of luminaries such as Shá Cage, Truth Maze and more holding sway in the Twin Cities, he should find no shortage of material. Banks is even toying with the idea of devising the means to include theatrical entertainment, interviewing area professionals, and considering the once-popular vehicle of radio plays. “There’s room for every avenue and every aspect.”