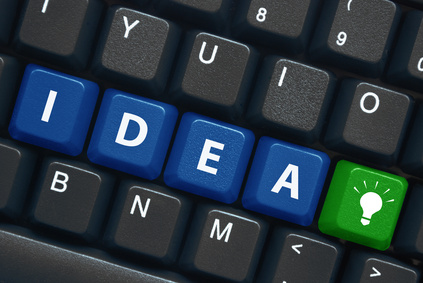 Teaching can seem like an impossible task. You’ve got thirty, maybe forty students in your classroom, all at different ability levels. Somehow, you’ve got to teach them all — for the looming tests, but more than that, for their own journey.

This article, exploring online learning as an alternative for students who don’t fit neatly into the school system is the third in a series. Going to school by computer: Minnesota’s online classes for K-12 students focused on the different formats and reasons for online education.  A second article looked at Kids online: Best practices for teaching and learning.

Should you teach the most advanced students, leaving the others behind, or focus on the kids that are struggling, while the ones that are ahead get bored? If you could clone yourself, the different clones could focus on each student individually. If that’s not possible, teachers often aim toward somewhere in the middle, which works great for many students, but not for those at the top of the class, or at the bottom. Today, some families find an alternative solution in online classes.

Aileen Horwath has three children who didn’t function well under the traditional school system. The oldest is turning 11 this May. He was in an alternative school, but Horwath wanted to get him more science and math, so she moved him to a STEM school, which promises a focus on science, technology, engineering and math. That didn’t work out either. Now he’s home schooled, and Horwath uses online coursework for his curriculum.

Horwath’s second child is still at an alternative school that includes a lot of online learning, and her youngest, a first grader, began home schooling last month.

Horwath’s reasons for choosing online and home school learning is an attempt to find material at a level appropriate for her children. Her children are gifted, and so move at a faster pace than traditional schools.

Another reason for taking her kids out of traditional schools has to do with bullying, she said. As smart kids, they were getting picked on.

However, the main concern was that her children weren’t finding the depth of materials that they really wanted in regular public schools. “They were getting frustrated,” she said. “There was a big difference between what I knew they were capable of and what they were doing in their classes.”

Her youngest went to pre-kindergarten and was in first grade. He was getting along okay, but Horwath knew he was capable of working through materials faster than they could do in the classroom. She began supplementing what he was doing in school, but his work at home was “negatively affected by what he had to do for class,” she said. It was repetition of stuff he already knew, she said.

Programs she’s found useful are things like Aleks, an online math program, and Rosetta Stone, which has a really good online program for learning languages, she said.

For reading and social studies, Horwath doesn’t use a specific program, rather using some textbooks for history and social studies, among other resources.  Her daughter also took a writing course through Northwestern University, which was more of a correspondence course than a computer-driven course, according to Horwath.

Horwath said she’s been happy with online learning for her students. “It lets the kids get challenged,” she said. Even for kids in regular schools, “it lets teachers reach the kids where they are at, lets each kid make progress at their own pace. With 25 kids in the same class, it’s hard to teach all the kids in the same way,” she said.

She doesn’t believe that online learning  replaces teachers. There needs to be someone there, finding the next program, the next level course that will challenge the student, she said.

For her part, Horwath takes on a supervisory role, making sure that her kids are actually working on the computer, rather than playing. “They could easily be on the internet not doing work,” she said.

The challenge, she said, is that as her children get more advanced, they reach material that she doesn’t necessarily understand, so it’s important to find an actual human being to talk to, who can teach the children the skills of what to do when they get stuck.

Horwath looked into different gifted and talented programs in the metro area, but she chose online options because she didn’t want to spend all day driving the kids to different schools.

She does make sure the kids are involved in some social activities. Her oldest son is in the Minnesota Boy’s Choir. When her kids were in school,  she said, they were getting picked on more than they were finding friends. “Yes they were surrounded by friends,” she said. “That’s not necessarily a positive.”

On the other end of the spectrum are students who struggle in traditional schools.

Traci Gauer, Director of Alternative Learning programs at St. Paul Public Schools, said SPPS has been offering online classes during summer school since 2009. Additionally, the Creative Arts High School, Gordon Parks High School and Agape High School all offer online classes. At those schools, the students are required to meet with teachers, and during the school day, their online course is a part of their classes.

During summer school, students are required to meet with their teacher once a week. “They need that connection,” she said. “We suggest meeting twice a week, and we offer an option to come in and work on the school computers.”

Gauer said that the structured time, which is new to the program, has increased completion by 30 percent. When students are taking an online class during the year, they are in a computer lab, with a licensed teacher (who is not their instructor).

For summer school, Gauer said they usually have about 200 students taking at least one online class. They aren’t allowed to take more than two, which is another change they made last summer. “We used to allow three classes,” she said, “but we had a lower rate of completion.”