Like everyone else patrolling the interwebs, I laughed snarkily at Marilyn Hagerty’s review of the new Olive Garden in Grand Forks, North Dakota. As the media frenzy developed, however, I started to feel anxious about it. Smart-ass media folks think it’s just fine to mock people with “inferior” taste. That’s what this whole thing boils down to: publicly mocking a person for being uncool, even when that person is a hard-working elderly woman who’s just doing her job. And I felt guilty about that.

Luckily, Marilyn Hagerty turned out to be someone who doesn’t take any crap from anybody. Here’s a summary of the Hagerty/Olive Garden phenom, in case you’ve been spending the past couple weeks doing something constructive. 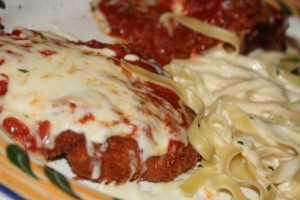 So, it’s a funny story. And yet, I find the whole discussion sad. I think this is why. 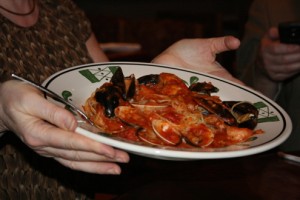 What makes one person more sophisticated than another? Socioeconomic class? Geography? Education? Remember how Rick Santorum (M.B.A., J.D.) got a huge round of applause when he called the President a snob for valuing college education? If “sophistication,” even when it comes to trivial opinions about restaurants, is a result of education, or at least of being in the know about what snotty blogs to read, then the opposite of sophistication is anti-intellectualism. And we all know where that leads.

Okay, maybe the intelligentsia’s condescending response to Marilyn Hagerty won’t lead directly to Cambodia-style anti-intellectual mass murder. Our salvation may be that many of us in the middle classes have one foot in some trendy cafe and the other in the Olive Garden; that is, we’re not strictly from one class or another.

If you’re visiting Aunt Gertie, for example, and she says, “Honey, I’d like to do something nice for you, so I’m going to take you out to lunch at the Olive Garden!”, you’ll probably feel a little conflicted. You’ll go to Olive Garden, and she’ll say, “Isn’t this nice?”, and you’ll want so badly to agree, but at the same time you desperately want to go tweet something sarcastic, and then you’ll feel guilty and wish you’d never been to any other restaurant so you could just enjoy the oversalted, unimaginative food and be grateful to Aunt Gertie without thinking about your long and painful road to achieving the kind of pointless “sophistication” that’s now making you feel like an idiot for eating at Olive Garden. 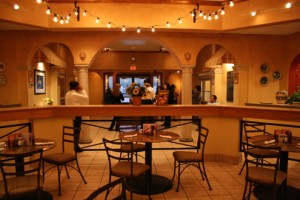 The point is, no one likes to be mocked. “Sophisticated” people like to mock “unsophisticated” people. The atmosphere fills with hatred. And for what? We’ve all got to eat. Marilyn Hagerty trumped the elitists by acknowledging their mockery but never pretending to share their condescending attitudes.

Maybe you’re thinking I’m making too much of this. Maybe sneering at Olive Garden is just what city mice do to country mice; it’s not not a pitched battle between classes or a harbinger of anti-intellectual genocide. In fact, there was no uprising of pissed-off unsophisticates in Grand Forks — not yet, anyway. Maybe you think this is a stupid article and you’re going to mock me for it. Fine. If you’ve got time to sit out there and nitpick, I kind of feel sorry for you. Get a life.