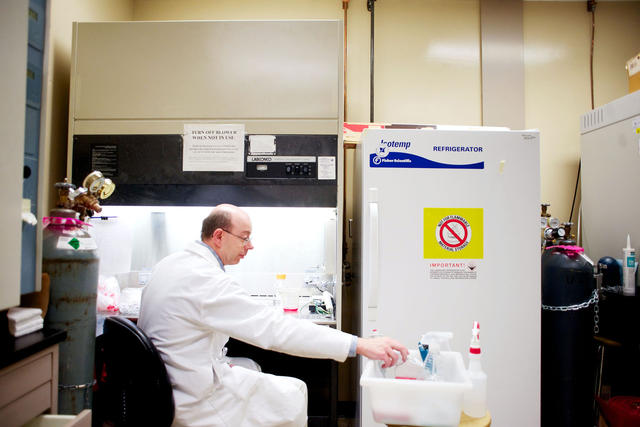 Michael Powers works to grow tissue for opiate receptor research Monday afternoon in Weaver-Densford Hall. Powers has started to more seriously consider his plans for retirement as grant funding for his current project winds down over the next few years. (Photos by Mark Vancleave)

In four years, Michael Powers will reach the University of Minnesota’s Rule of 90 — when his age plus the number of years he’s worked at the University equal 90.

The rule allows University employees to retire earlier than the typical retirement age without losing any benefits. But Powers, a researcher in the College of Pharmacy, isn’t sure he’ll retire right away.

“There’s no countdown timer,” he said.

About 80 University faculty members, staff and community members attended the daylong workshop, which is offered through the University’s College of Continuing Education.

It’s the only retirement- planning program of its kind in the nation and is now in its third year. Participants learn to prepare for various aspects of retirement, from finances to volunteer work.

When planning for retirement, particularly from a financial perspective, “the issue here is that people don’t know what they don’t know,” said Mark Fischer, a financial adviser who gave a presentation Friday morning.

The program stemmed from a perceived need in the University community, CCE Dean Mary Nichols said.

Her college offers many public programs for lifelong learning, she said, but it didn’t have any courses about planning for retirement — a topic that draws a lot of interest.

“It was quite evident that there were more and more people approaching retirement but approaching it as an event,” Nichols said. “We definitely saw the opportunity to approach it more as a transition.”

Previous participants said the program made them feel less anxious about retirement and helped them understand their options.

Overall, the feedback has been “extraordinary,” Nichols said.

Offering a program like this one isn’t necessarily a University responsibility, she said. “But I really think it’s the right thing to do.”

During Fischer’s presentation, many participants shared questions and concerns about collecting Social Security and pension benefits, paying for health care and planning for life after the death of a partner.

A 2003 Wilder Research Center study of older adults in Ramsey County found that income tends to decrease with age, particularly for women.

But despite financial concerns, Fischer said retirement offers unique opportunities and can be a time for people to do things they weren’t able to do while working. He said his own retirement began in his 40s, when he pursued his passion — financial consulting — as a career.

Powers said he became a Catholic deacon 11 years ago, working with people who are deaf or hard of hearing. He said he wants to focus on that work during his retirement. 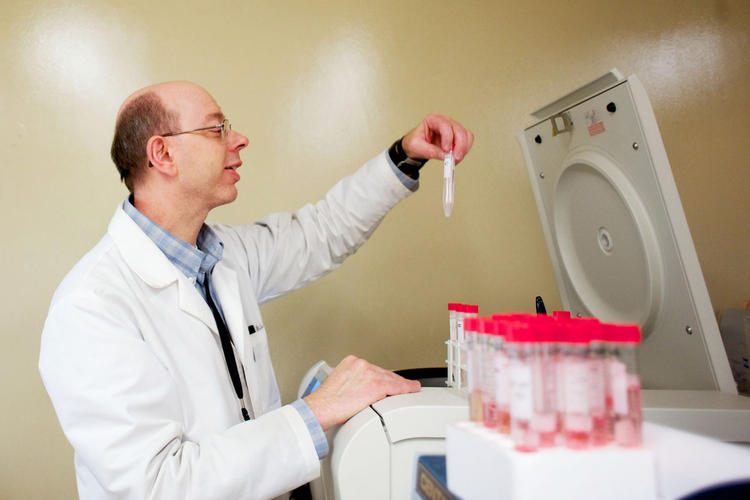 Michael Powers, also a Catholic deacon, said he may spend more time working with the deaf community at his church in Northeast Minneapolis after he leaves research at the University.

Other program sessions focus on different aspects of planning a post-career life, including transitioning into retirement, health and wellness and working or volunteering.

Powers said he likes that the program covers what he considers the most pressing aspects of retirement — budgeting and health care.

“If you’ve got those things settled,” he said, “you’re free to do other things.”

Fischer said that for most people, retirement is ultimately about a change in the way they use their time. Like a person at any age who’s thinking about making a transition, there’s a period of re-evaluation.

“I think that the issues really transcend money,” he said. “I think the biggest issue is what they want to do with their lives.” 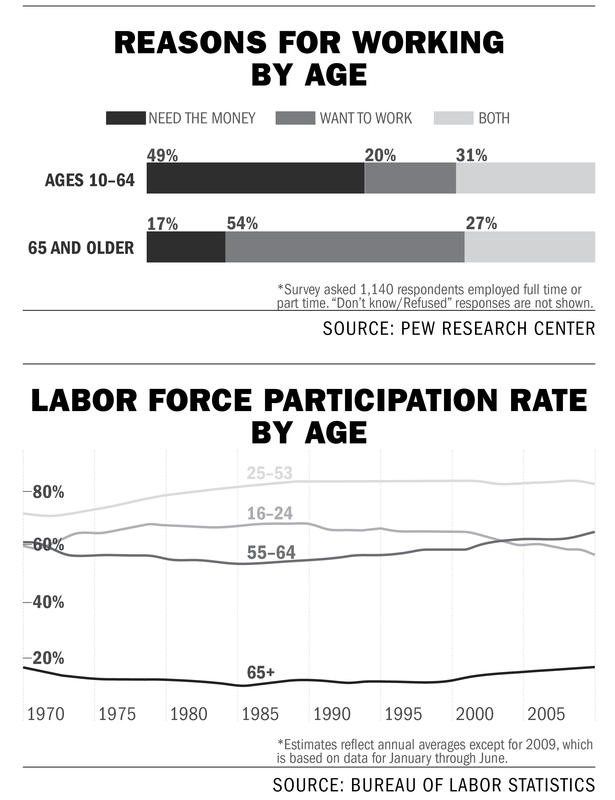