Will Sheff of Okkervil River. Photos by Meredith Westin.

If there has ever been a performer happier to be on the First Avenue stage than Will Sheff, I’ll eat my press pass. Psych! I have no actual press pass, and you won’t find a lead singer more excited to be on the main stage than Okkervil River’s. Sunday’s performance by the Austin-based band sticks out as my surprising and yet undeniable favorite of the past year. Opening for Okkervil River were Post-Wave Baltimore natives Future Islands and indie punk critics’ favorites Titus Andronicus.

Watching Future Islands is like watching Morrissey sing Steve Perry lyrics, if Steve Perry wrote said lyrics after having looked at the collected works of Georgia O’Keeffe. Frontman Samuel Herring put on an affected and theatrical performance, the affect of which was stunted by his banter between songs about how much he was probably scaring all of us. He showcased strong and varied vocals, although I was unsure at times whether he was dancing or stretching for a 5K run (or performing some kind of mating ritual, as his frequent chest-beatings suggested). I found myself making the same sorts of faces I made while watching old video footage of Ricky Gervais’s little-known 80s techno-pop project Sedona Dancing: a mix of detached bemusement and queasiness.

Titus Andronicus took the stage to a considerably less confused-looking crowd, poised for the sort of violent and frenzied performance Twin Cities audiences have come to expect after the band opened for Bright Eyes on the main stage in April. Titus Andronicus didn’t disappoint. Fronted by Patrick Stickles, the band gave a thrashing and energetic show featuring material from their successful debut album The Monitor (2010). The highlight of the set was “Richard II,” during which a gaggle of voluminously bearded boys (constituting approximately 10% of the total audience, but wearing 90% of the total flannel) started a small but vicious mosh pit, and yet still failed to match Stickles’s sheer force.

The oft-made comparison to Flogging Molly is an apt one, although it implies that Titus Andronicus are as kitschy, which they are decidedly not. This was best showcased during “The Battle of Hampton Roads,” an expressive and volatile song that I could have sworn even choked up one or two of the subdued moshers. The combination of Civil War Punk with Stickles’s scrufftastic beardage and American flag handkerchief sticking out of one pocket gave me the impression that someday this band might try to drive a flaming tour van through a brick wall, screaming all the way.

This was Okkervil River’s first time playing at First Avenue, which Sheff called a dream come true—he was an undergraduate at Macalaster, and viewed playing the venue as a distant fantasy. A few hours before the show I had tweeted about how Sheff is a “Beardy McCutiepants” and was reprimanded by a disapproving friend, so rest assured that I will say nothing more on the topic of Sheff being pinchably adorable and instead will gush about Okkervil River’s absolutely stellar, riveting performance.

Okkervil opened with “White Shadow Waltz” off their new album I Am Very Far, released last month. They favored rather heavily songs off their albums Black Sheep Boy (2005) and The Stage Names (2007). Highlights, if I had to pick favorites, would include The Stage Names’s ”A Girl in Port” and—my personal new favorite—”Piratess” off the new album, with its deliciously “Billie-Jean”-esque bassline. Also notable were BSB’s “For Real,” the stage performance proving grittier and heavier than the album version, and their 2007 single “Our Life Is Not a Movie or Maybe,” a crowd favorite. Overall it was a razor-sharp yet tumultuous performance, teetering always on the brink of a controlled chaos as enthralling as a dramatic film.

That being said, the far-and-away most spectacular moment of the show was being serenaded by Sheff, alone on the stage and in emotional warbly tones, to “A Stone” from Black Sheep Boy. I’m not sure First Avenue has ever commanded such silence. I heard a number of sharp inhalations from many rapt listeners behind me as Sheff’s power and passion pulsated through the fixated audience. “Holy shit!” one man said behind me as the song ended, and I nodded slowly to echo his sentiment. My notes simply read “OH GOD.” So, you know. Pretty damn good.

Okkervil treated us to a three-song encore, including the Minneapolis local favorite “John Allyn Smith Sails.” Sheff implored his audience to raise their arms high and clap along toward the end, although we needed little convincing. A body of people already had all available limbs in the air because the band’s electric performance and Sheff’s almost palpable joy were highly contagious. 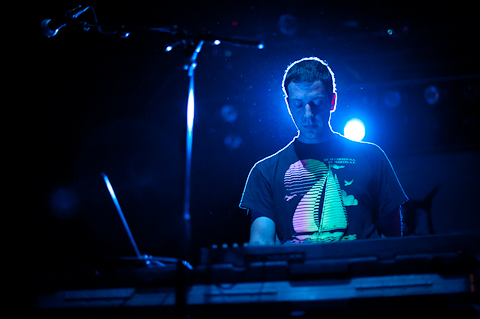 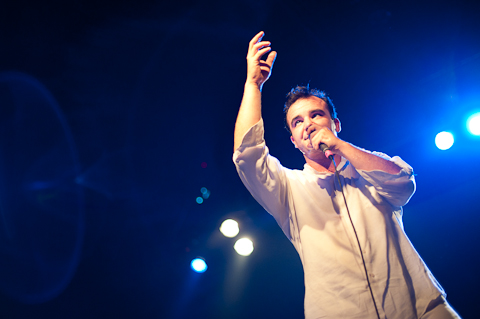 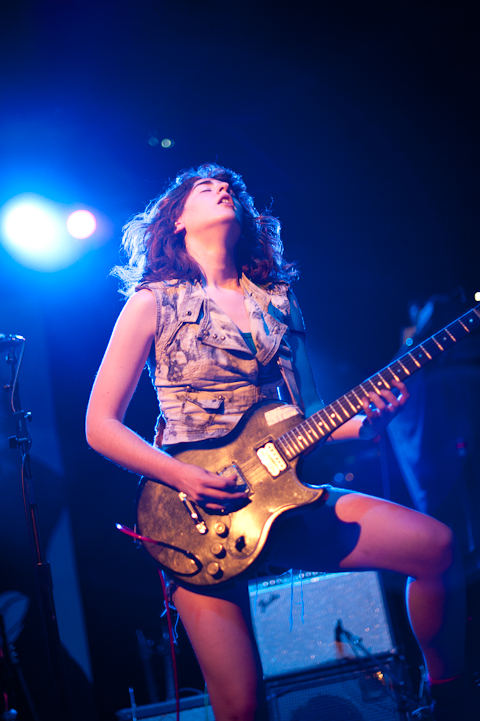 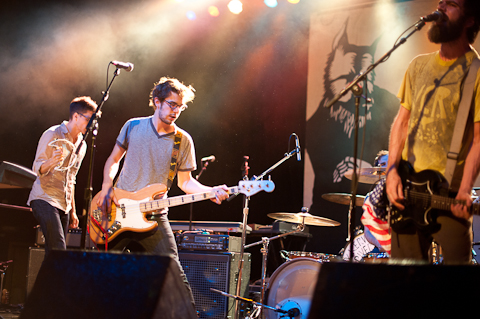 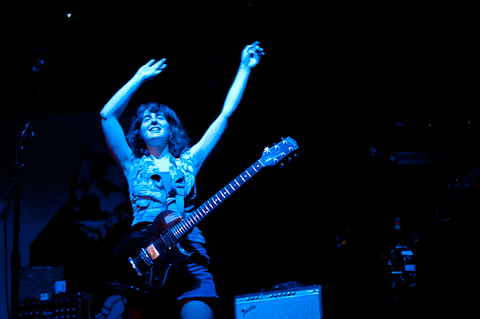 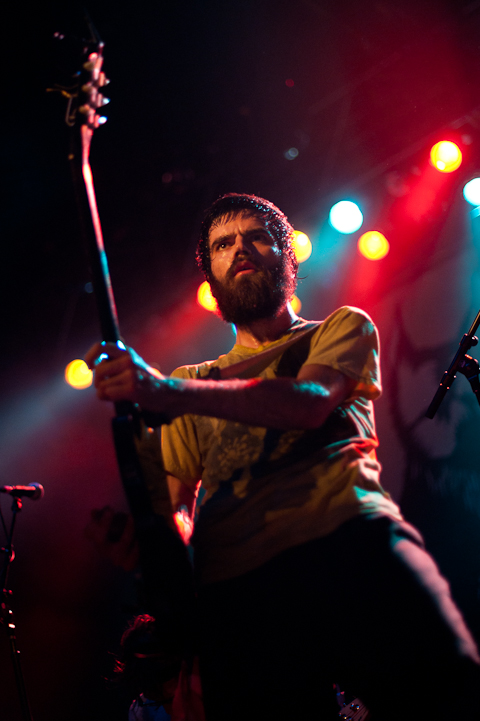 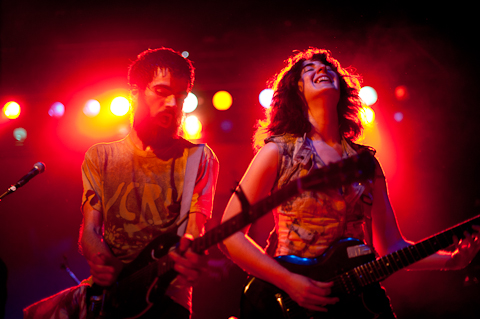 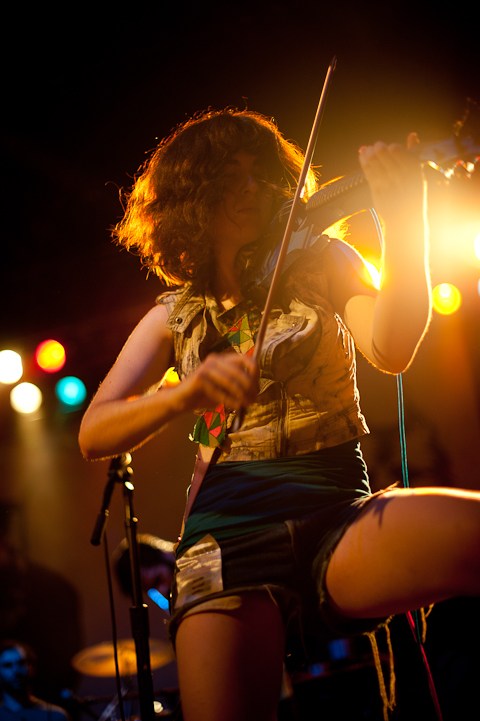 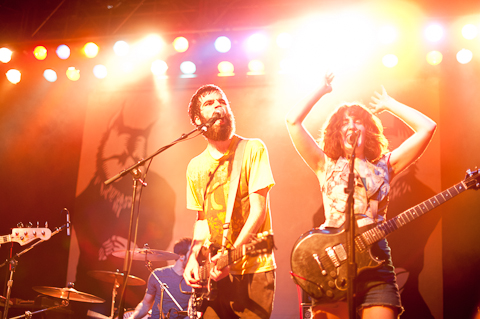 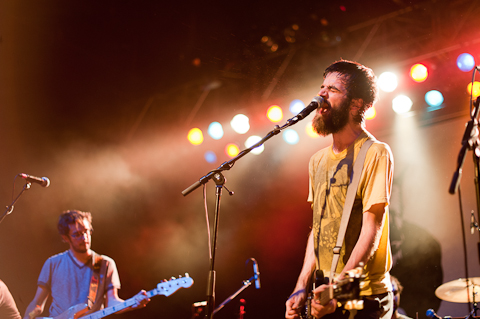 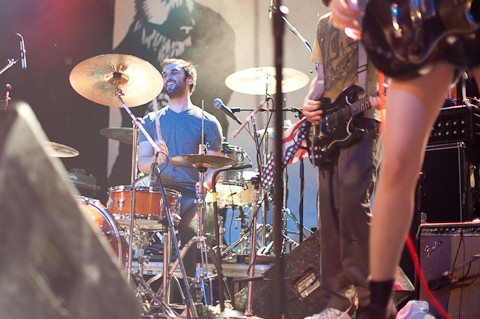 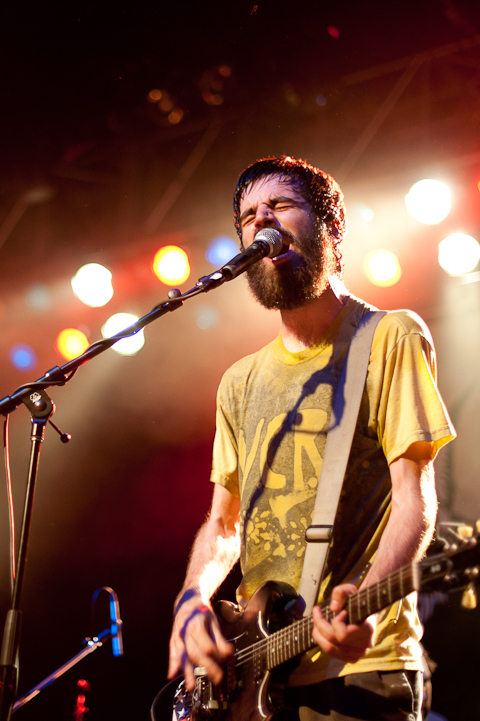 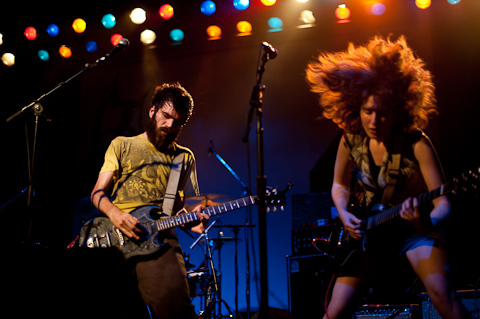 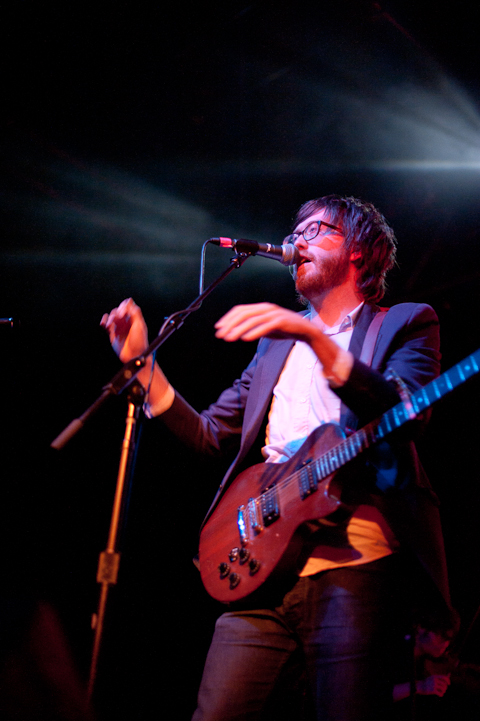 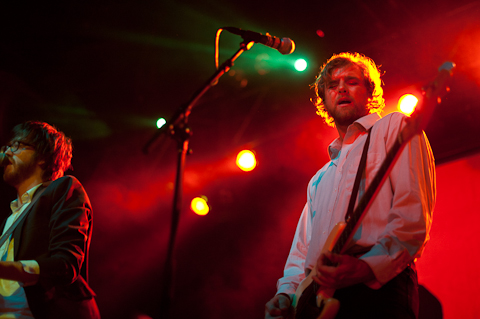 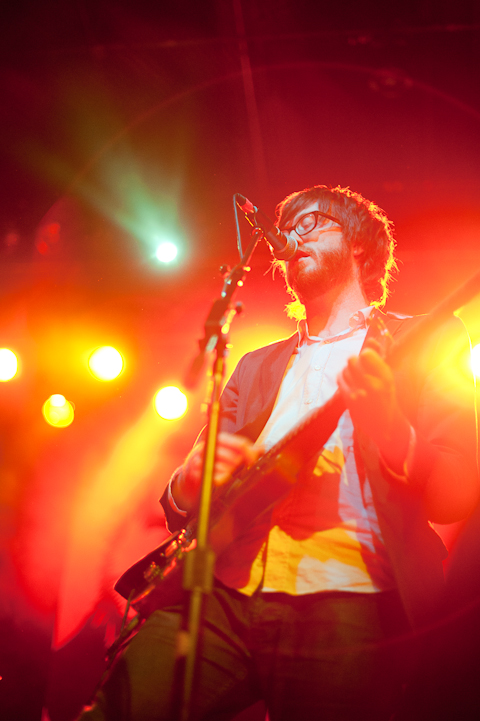 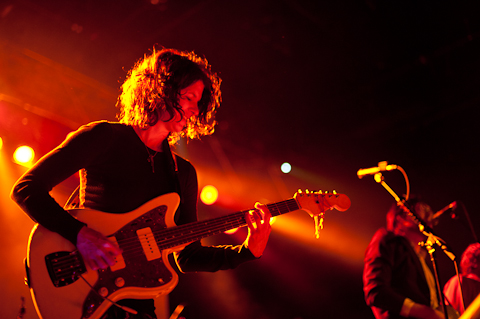 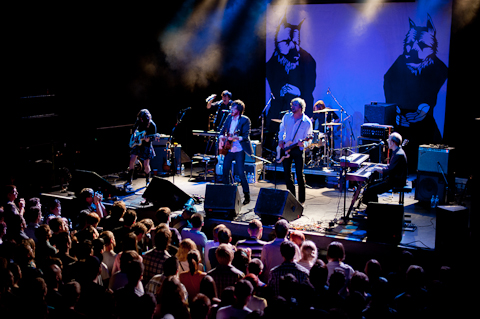 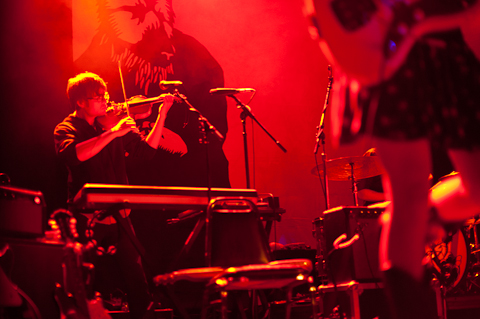 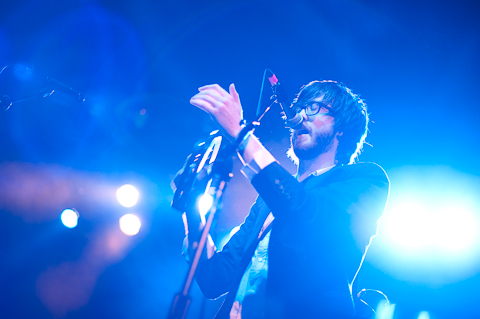