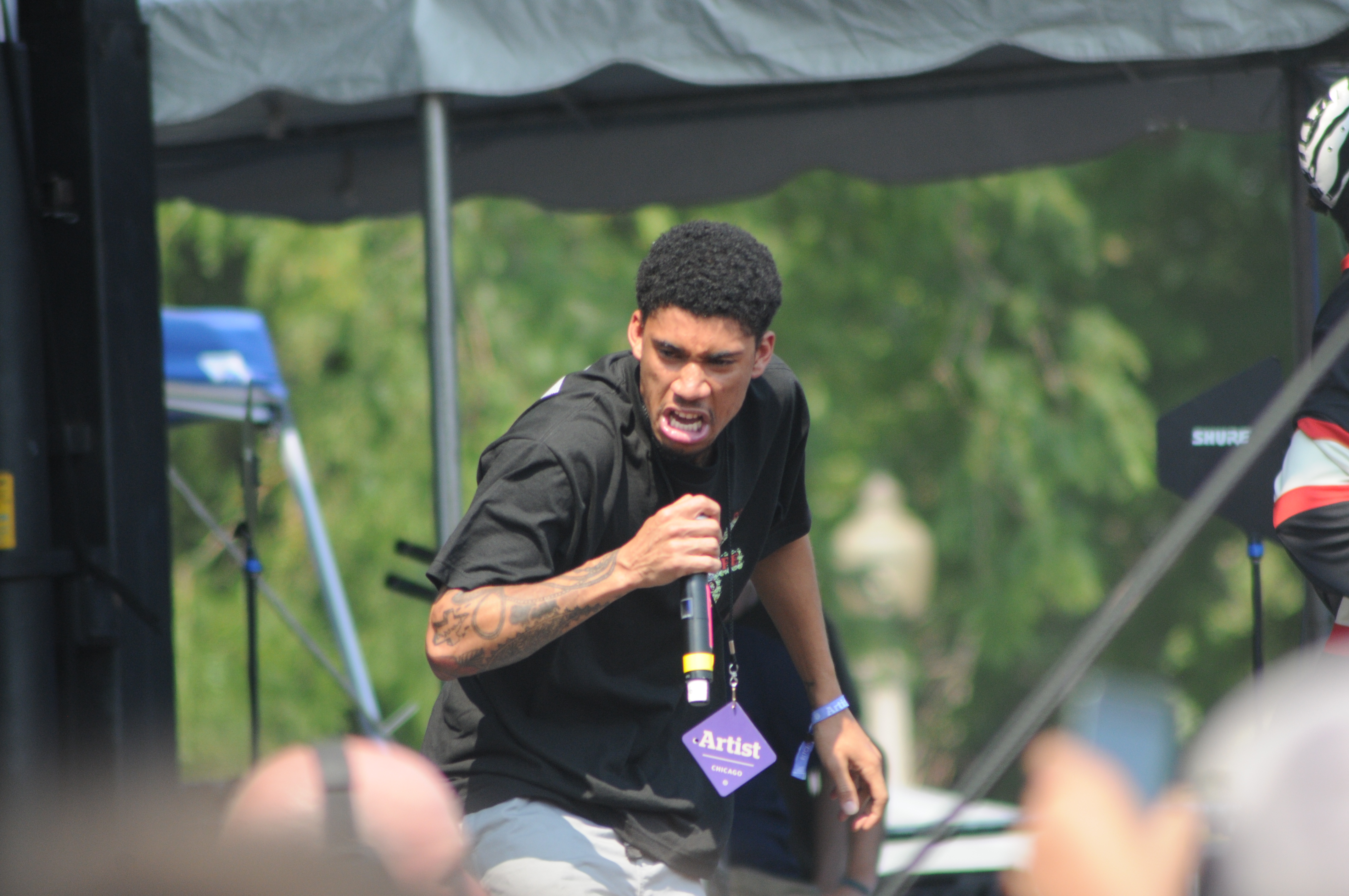 Odd Future at the Pitchfork Music Festival in July 2011. Photo by Jay Gabler.

Last year, the young rap collective Odd Future became a scandalous sensation. Critics derided their beats but applauded their lyrical skills; popular audiences were divided between those who deplored their misogyny and those who loved the subversiveness (sample lyric: “Rape! Rape! Rape!”); and everyone agreed that they broke new ground in self-promotion via the Internet. The normally ultra-diplomatic Sara Quin of Tegan and Sara called the group’s mastermind Tyler, the Creator “repulsive and irresponsible,” prompting Tyler to announce that when Quin was ready to reconsider her homosexuality, his penis was available. Even The New Yorker took notice, publishing a long feature about the group’s missing-in-action prodigy Earl Sweatshirt.

When I saw Odd Future at the Pitchfork Music Festival, it felt like a throwback to the late 80s and early 90s, “when the incendiary genre [hip-hop] both fascinated and frightened mainstream audiences.” Sarah Heuer saw the group at First Avenue last October, and concluded that on balance, the world should give Odd Future a break. “Maybe the performers should shoulder some or even a lot of responsibility for the offense caused by their lyrics, but after seeing Odd Future live and watching an excited crowd who seemed to agree, I’d say it’s more likely that they’re a bunch of fun-loving, super-talented kids who happened to catch a break than evil rapists trying to promote their pro-violence agenda.”

What do you think? You have the opportunity to decide for yourself on March 13, when Odd Future return to First Ave. Don’t tell Lisa Goodman, but…it’s an all-ages show.