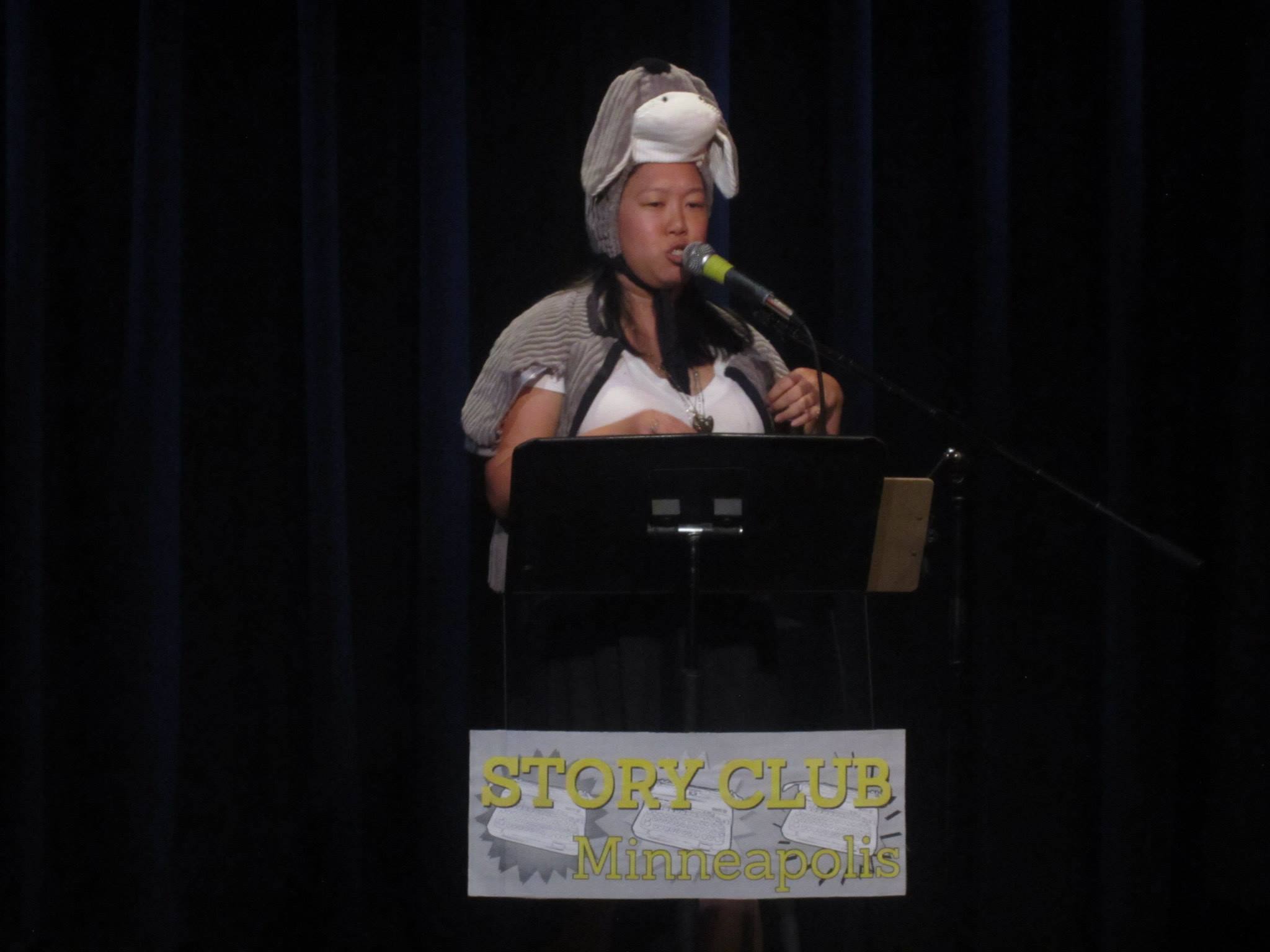 The first time I had ever been to Bryant-Lake Bowl was this past week—isn’t that ridiculous? I’m, like, the only 25-year old in Minneapolis who had never been there, at least until Thursday, October 10 for the second Story Club in Minneapolis.

Mimi Nyugen brought Story Club from its original home in Chicago’s live literary scene. It premiered in Minneapolis on September 12th and has found, what I hope, is a permanent home at Bryant-Lake Bowl. Founded in 2009, Story Club features both open-mic audience participation and a curated performance of chosen feature storytellers. There is no judge, no score keeping, and the storytellers don’t have to have the story written out (though it might make a good keepsake). The show is extremely affordable at a sliding price scale between $6 and $12 and full-menu service during the show.

October’s Story Club was a pretty thrilling night of firsts for me: my first Story Club, my first time at Bryant Lake Bowl and my first time almost getting the chance to tell one of my most embarrassing adolescent stories on stage (they only drew three audience names out of a plastic jack-o-lantern, so y’all missed out on a telling of my post-pubescent adventures in cross dressing). The best part about Story Club was its relaxed atmosphere; I guess even just the possibility of relaying a very personal story to an audience largely comprised of strangers has a way of loosening you up.

There was a certain sense of solidarity and support throughout the night. Stories are the oldest oral tradition on earth and the most popular human group activity to date, even though most may not realize it. I had some really great conversations with some very personable people that I probably would’ve never had if I was just sitting in a theater watching actors perform written roles (not that such things aren’t also amazing experiences). Something about the realization that most of the people in the audience, including myself, may have to get up on that stage and tell a story on the spot in eight minutes or less is a really great social lubricant.

Story Club Minneapolis has a performance on the second Thursday of every month and I think I’ve found an activity that I can do regularly. I’ve already put it on my calendar for November 14.