Occupy Oakland met the police this week, and the results were not pretty (see video above.) One of the Occupy protesters ended up in critical condition. He’s Scott Olson, a 24-year-old Iraqi war vet, and he was apparently hit in the head by a tear gas canister fired at him by police.

While the Oakland Police Department denied using undue force and specifically denied using rubber bullets, protesters showed a fair-sized pile of rubber bullets collected from the grounds after the police attack. For on-the-scene coverage of Occupy Oakland, the major’s statement, and more, take a look at Oakland Local, the citizen journalism operation in that city. Susan Mernit and her crew do a fine job, and are looking for support of their coverage on Spot.Us.

Meanwhile, in Minneapolis: This week the Hennepin County sheriff issued a press release with a long list of “incidents” involving Occupy MN, ranging from sad (“One suicidal male transported.”) to more or less serious (“Seven protesters arrested by Minneapolis Police for impeding traffic …”) to downright silly (“One female and two males ran around the plaza wearing underwear. Parties left the plaza before they could be stopped and identified.”)

Overall, anyone reading the press release (see attached pdf) would be hard-pressed to justify the $152,000 appropriation for extra security patrols. Unless, of course, the reader takes seriously the sheriff’s concern that people are organizing for a riot. That concern is based on the “box of rocks” that Polly Kellogg wrote about in the Free Speech Zone:

…the person who left it was a provocateur that the protesters had been watching. The protesters told the police who left the box and even pointed him out on the light rail platform. They watched in despair as the police briefly questioned him and then released him. 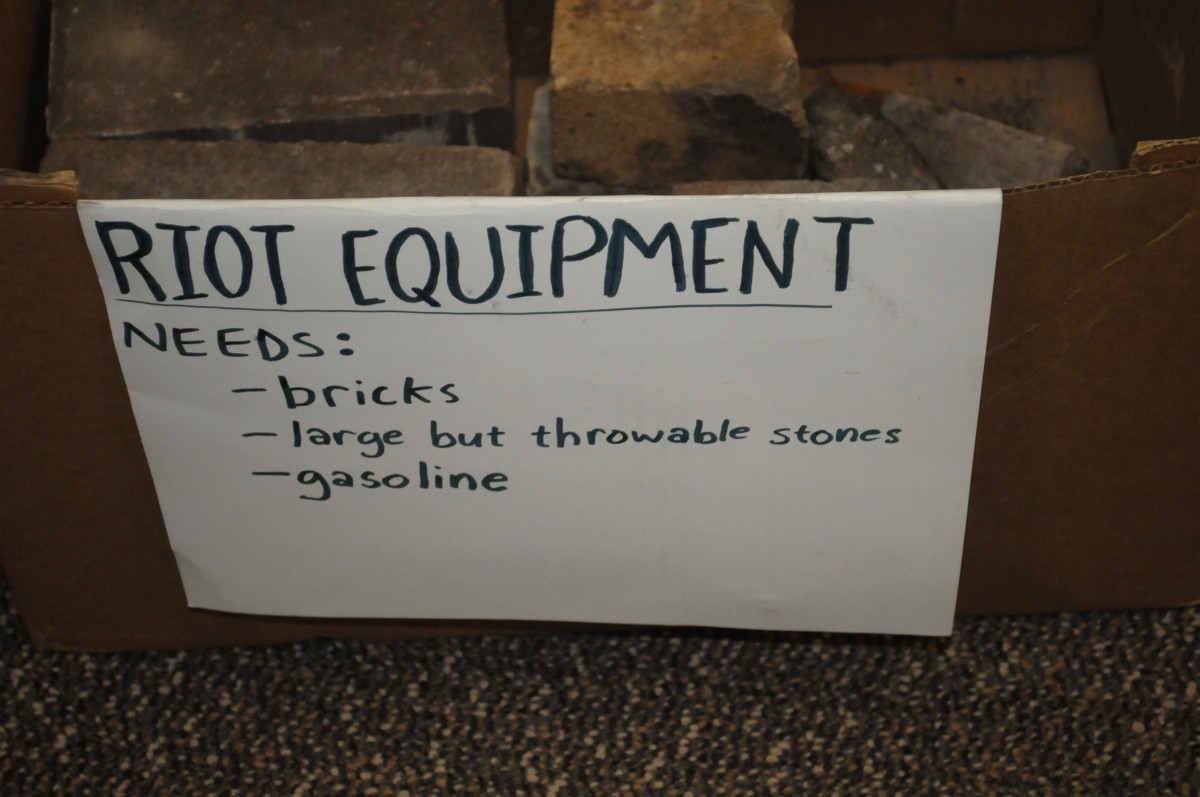 Really? Someone actually believes that the protesters, despite their continued pledges and practice of nonviolence are not only planning a riot, but are so stupid that they advertise it? Or is this part of advance public relations to justify removing the OccupyMN protesters?

Let’s hope not. As Van Jones and Jakada Imani wrote in HuffPost:

This kind of crackdown is bad for our democracy, and it’s bad for public safety. Mayors and police chiefs at Occupy sites across the country should take note: this is the wrong way to respond to the Occupy movement.