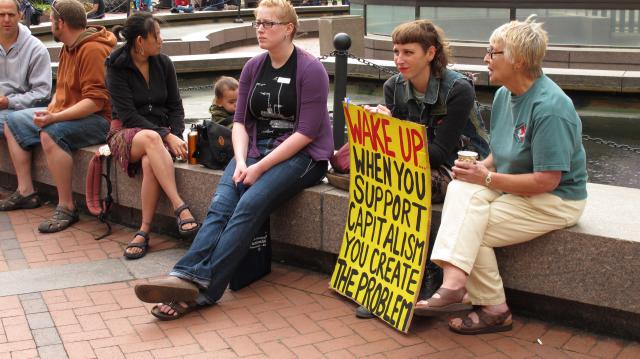 An organization called Occupy Minnesota has promoted a demonstration and rally in downtown Minneapolis that began this morning at 9. The stated intention on the organization’s website is to “stand in solidarity” with those staging a similar demonstration on New York’s Wall Street.

KFAI’s Michelle Alimoradi was there, and she spoke with Bob Hines during the KFAI Weekly News. [Audio below]