Representative Keith Ellison speaks Monday at the at the opening of the Barack Obama Campaign Office. (Photos by Nicola Losik)

While Republican candidates are still fighting for their party’s nomination in the 2012 presidential election, President Barack Obama’s campaign for re-election has turned its attention to the Twin Cities.

Obama’s campaign, Organizing for America, launched its first Minnesota office Monday. After a tough year in office and sinking approval ratings, the campaign is looking to recapture the student vote that helped elect him in 2008.

Among the more than 100 supporters who showed up at the campaign office were local, state and national politicians.

“I’m still fired up and ready to go,” Rep. Keith Ellison, D-Minn., said at the office, just blocks away from the University of Minnesota campus.

But just 10 percent or so of the supporters were students. 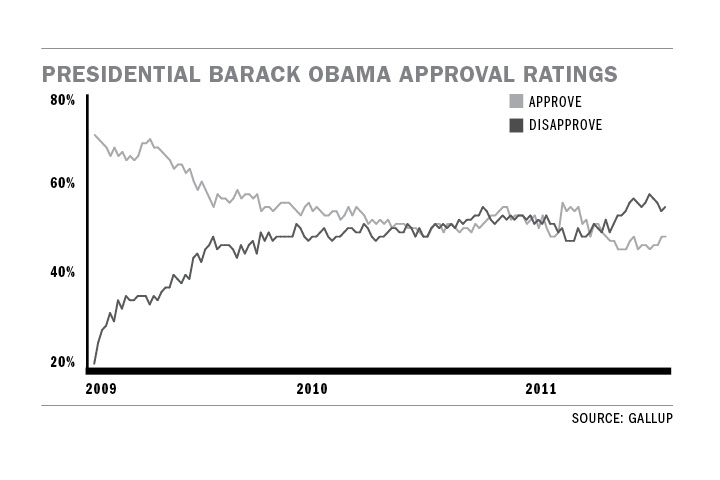 “Support has declined sharply among young Americans,” said Larry Jacobs, professor at the Humphrey School of PublicAffairs. “However, [students have] more support for the president than any other age group.”

Jacobs said many factors have contributed to Obama’s decreases in approval ratings.

“The economy has tanked and it has really hurt young people,” Jacobs said. “Congressional approval is at an all time low, and members of Congress and the president are facing a big backlash.”

Obama supporter and University student Laura Hoffman said Obama hasn’t delivered on all of his promises.

“It’s discouraging sometimes because last election, he talked a big talk and didn’t carry through on everything,” Hoffman said. She said she wanted U.S. troops to leave the Middle East and to see the Guantanamo Bay  prison closed.

Kristin Sosanie, spokeswoman for Organizing for America-Minnesota, said there is already a large amount of support in the state.

“We already have a lot of volunteers and supporters interested in helping out,” Sosanie said.

Obama carried Minnesota and its 10 electoral votes in the 2008 election. No Republican nominee has won Minnesota in a presidential election since Richard Nixon in 1972.

“President Obama has done a lot for young people, from allowing 12 million kids to stay on their parent’s health insurance until they’re 26, to the new ‘Pay as You Earn’ program to help students with student loan debt.”

Nicholas Amell of the College Republicans at the University of Minnesota had no problem recounting the failures of Obama’s first term.

“The fact that the economy has not improved and if [Obama] goes back on some of his platforms, like Obamacare, it may turn many young voters off,” Amell said, adding that the infighting in Washington may turn away young voters altogether.

Sosanie said that, despite the hard times, she hasn’t seen a lack of enthusiasm for the campaign.

“A lot of students are excited and supportive of the president,” Sosanie said. “Many younger voters appreciate the active work of the president to create a stronger economy and more jobs for the future.”

“The legacy of Obama’s grassroots campaign in 2008 and what he did helped inspire students,” Griffin said. “Students played a pivotal role in the election cycle, and their input is important in all elections.” 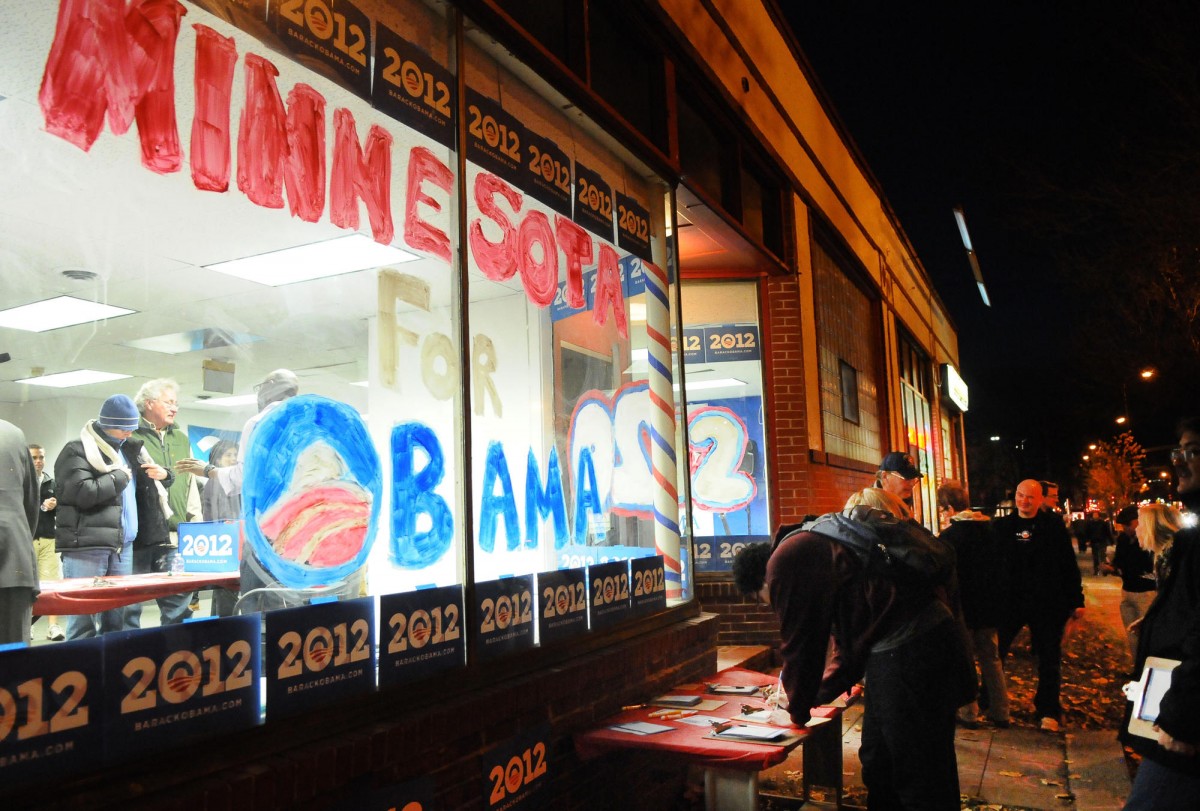 Obama supporters sign up to volunteer Monday at the at the opening of the Barack Obama Campaign Office.