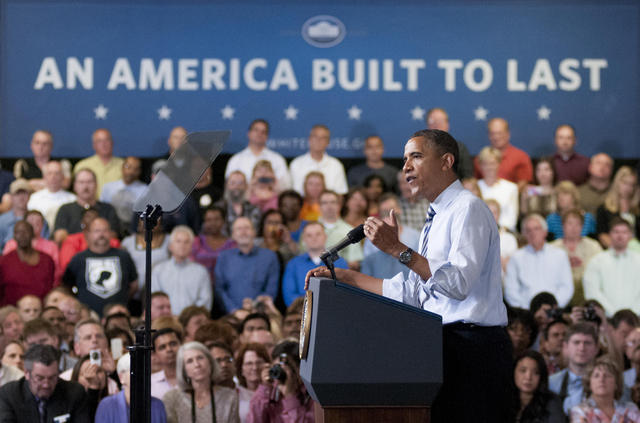 Obama unveiled the initiative at Honeywell International in Golden Valley before heading to Minneapolis as his campaign tours the country in preparation for the November election.

“I place my bet on American workers and American businesses any day of the week,” the president said to loud cheers from the crowd.

The “We Can’t Wait” initiative focuses on enabling veterans to more easily obtain civilian credentials and licensing in sectors such as manufacturing, health care, and transportation.

Honeywell has engaged closely with the Joining Forces Initiative, hiring 900 veterans since 2011, 65 employed at the Golden Valley facility.

Service members often learn specialized skills in the field, but struggle translating those into civilian jobs,

The program will create a faster track of certification for veterans, beginning with partnerships between the military and manufacturing groups this summer.

“I believe that no one who fights for this country should ever have to fight for a job when they come home,” Obama said.

The speech focused mostly on jobs for veterans, but Obama also touched on the rest of his “to-do list,” for Congress.

The list has five components: reward American jobs instead of outsourcing, simplify refinancing for homeowners, invest in small businesses and hiring, invest in clean energy and put veterans to work.

He acknowledged that’s it’s an election year, but “we’ve got responsibilities bigger than an election,” he said.

“Our economy is still facing some serious headwinds,” he said.

Gov. Mark Dayton, U.S. Sens. Al Franken and Amy Klobuchar, and Minneapolis Councilwoman Diane Hofstede, among others, came out to see the president.

“We will come back stronger. We do have better days ahead, and that is because of all of you,” Obama said.

From Honeywell, Obama moved to Bachelor Farmer, a Minneapolis restaurant where he attended campaign fundraisers.

About 20 College Republicans from various universities around the Twin Cities showed up to protest outside the restaurant, which is owned by two of Gov. Mark Dayton’s sons.

“We’re there to show people there’s a strong presence of young conservatives in Minnesota,” said Rachel Jansen, a political science junior at the University of Minnesota.

“We wanted to show President Obama that we’re upset with his policies,” said Sean Ness, a University of St. Thomas junior and the executive director of Minnesota College Republicans. “We’re hoping that he’s a one-term president.” 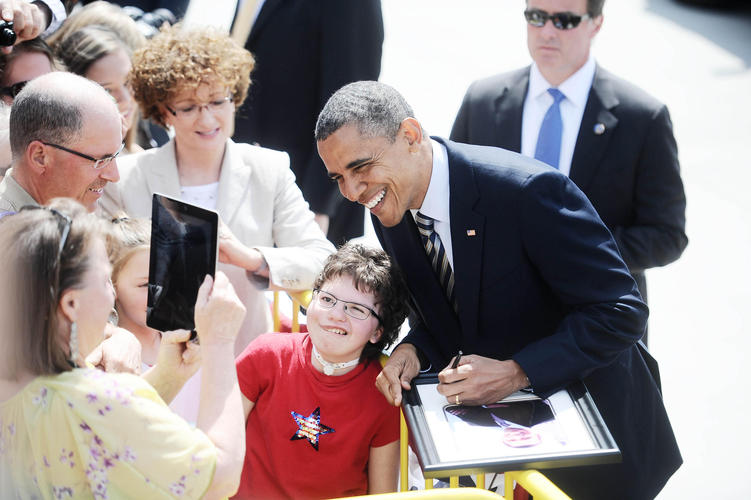 President Obama poses with Myra Soukup, 16, after arriving in the Twin Cities at the Minneapolis-St Paul Air Reserve Station.

Click here for a slideshow of photos from Obama’s visit.