Northern Spark hosted a night of art lights Saturday night in St Paul and Minneapolis in a celebration that went from dusk to dawn. There were dozens of events happening across the Cities mostly happening from 9pm to 6am. We joined some of the festivities at St. Paul’s Upper Landing. For those who don’t know what the Upper Landing is (and I assume that’s most of us, since although I knew the area, I didn’t know the name) it’s the area on Shepard Road overlooking Harriet Island and behind the Science Museum. They’ve built up that area quite a bit in the last few years.

This was the inaugural Nuit Blanche (white night) in the Twin Cities; I only attended events in St Paul but it was fun to know it was a cross-city event. At the Upper Landing, we started with an ArtCar Serenade, which I caught on video below. Conductor Philip Blackburn led six ArtCars and their horns in a brief concert. It was fun. Each horn was very different. Occasionally, drivers on Shepard Road joined in.

Immediately following the serenade we witnessed the flipping of the switch for Jim Campbell’s Scattered Light. It was very cool. It included more than 1600 blinking light bulbs suspended from a frame. You could walk through and touch the light bulbs – and we all did. It’s funny how everyone there was drawn in. If you stepped back, you could see that there was a method to the blinking. If you watched long and carefully enough you could see the shadow figure of a person walk through the lights.

It turns out we had plenty of time to watch the lights because we hung around to see Andrea Stanislav’s Nightmare, which according to the program was an “eerie and unexpected vision of a white horse galloping on the Mississippi at night, produced by towing a video screen on the river.” First it was going to happen at 9:45, then 10:00, then 10:30; we left around 10:45 and as far as I know the horse never appeared – but the people watching was great. There were lots of different folks – some of us were with kids, some were clearly making the rounds and planned to hang on all night, some were just folks who happened to be walking by. And everyone had a theory on the horse. One said that the name (Nightmare) should have been a hint. Another asked if the horse was named Godot. Then someone else asked if this was the plan. Did someone have a camera pointed at us – were we (the waiters) the exhibit?

I think there were hiccups that did make the installation a nightmare – but save one very sulky teenager (not thank goodness my preteens) everyone had a good attitude. It was a beautiful night. The Mississippi, while bursting at its seams, was beautiful and the bridge lights were on for apparently only the second time ever. Not confirmed – but when you’re waiting for a horse that long you’ll believe and find anything interesting. 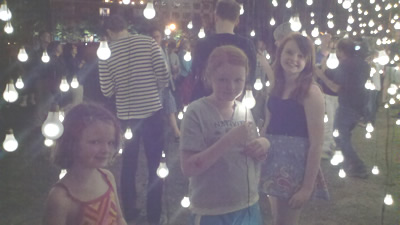 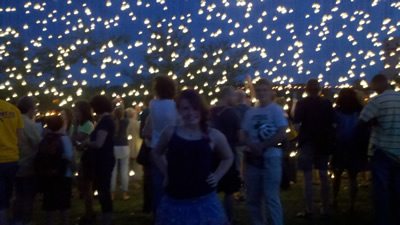 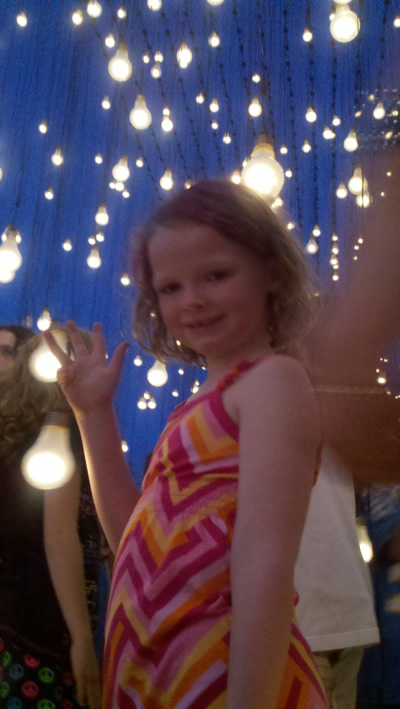 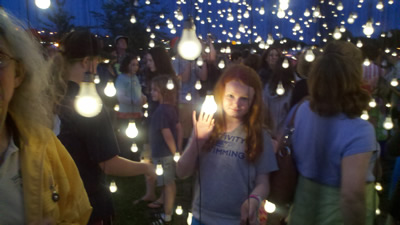 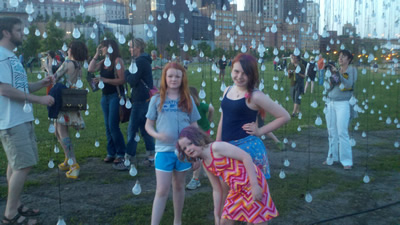 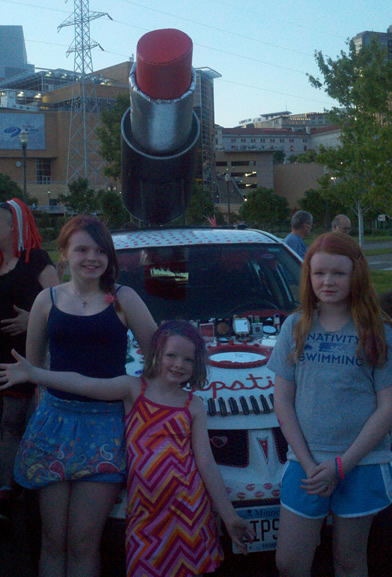 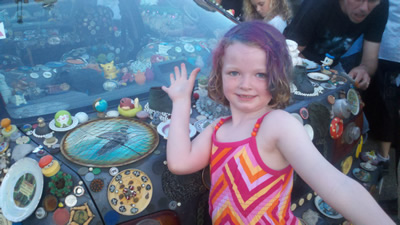 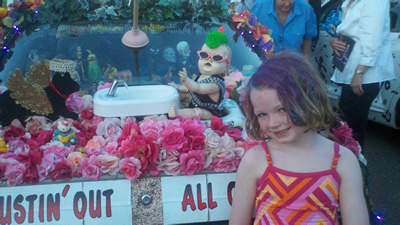