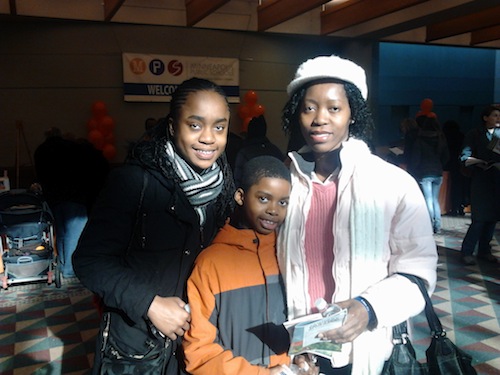 Uniforms, peer pressure and piano are just a few of the factors parents and students asked about at the Minneapolis School Fair Showcase. Dozens of charter and district public schools hawked their programs on Saturday, January 12, while parents and kids had the opportunity to find out what their choices are in terms of K-12 education. The Minneapolis Public School District provided free transportation to the event from neighborhoods all around the city.

Deb Cargeor was there with her daughter, Naomi and son, Louis, who both attend Harvest Prep Academy. Naomi and her mother have been very happy with the school and are looking into options for high school. Deb especially has liked the school uniforms and the school’s discipline policy. For high school, she especially wants for her daughter a place that will be free from peer pressure. As for Naomi, she’s hoping to find a school where she’ll be able to study piano. There wasn’t an opportunity to study music at Harvest Prep, and ideally, that would be part of the offerings of where she ends up going next year. 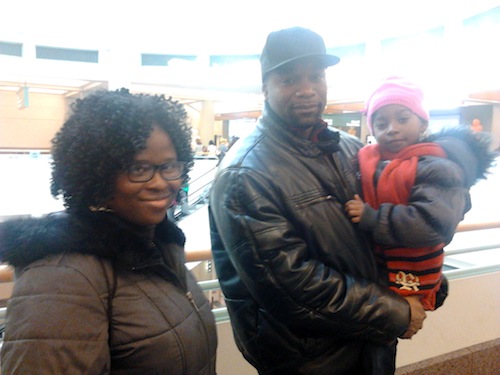 Jeremy Stanton and Priscilla Maxwell were browsing the fair with their daughter Jacilla Stanton. Jascilla is in kindergarten, and currently is enrolled at the Minnesota School of Science, a charter school. Priscilla said they chose the school based on a recommendation from a friend, and like that the school focuses on science fairs, robotics, technology and generally giving students a strong STEM education. While the parents like their current school, they thought they’d just come and check out what the other options are, and both were duly impressed.

“The schools really are coming out and representing,” said Stanton. They particularly were impressed with what they heard from Harvest Prep. While they are still deciding about what to do next year, both Jeremy and Priscilla agree that they want to continue to choose charter schools, because they generally have longer school days and smaller class sizes. Above all, they’re looking for a school “that makes you want to think,” said Stanton. 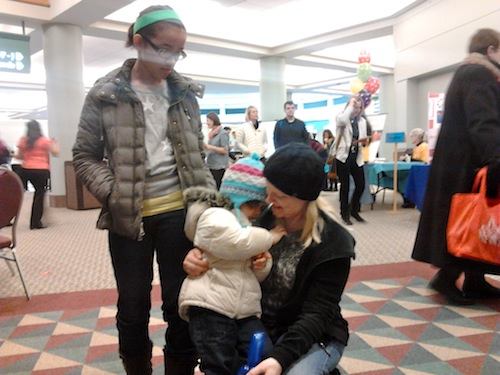 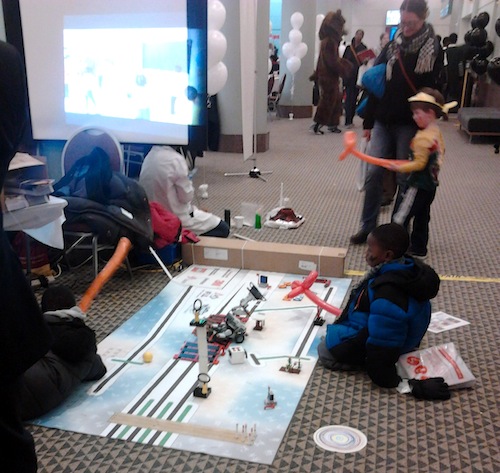 Sean and Karen Houlihan are of different minds when it comes to choosing a school for their son, who will be in kindergarten next year. Karen, who was educated in the public school system, leans toward that option. “There’s more diversity and more resources,” she said. Sean is wary, though, especially because their neighborhood district school, Lake Nokomis, doesn’t have very good test scores. “I’m worried about that particular school,” he said. So the family is looking into all the options, including the possibility of sending their son to private school.

Besides staff representatives at the different school stations, students were also on hand to gave their pitches about their school. Lezly Perez and Laura Zangano, two seniors from Edison High School, a district high school in Northeast Minneapolis, answered questions about their school. 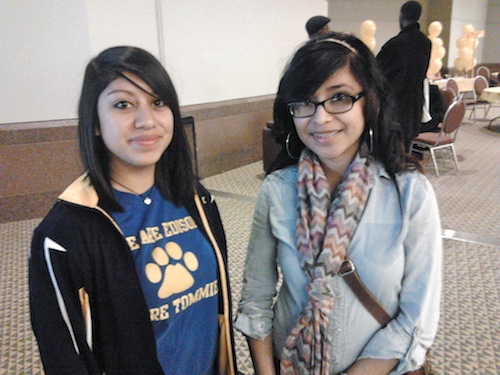 “It’s very diverse and very safe,” said Perez, who also noted that Edison offers the most scholarships of all the Minneapolis high schools. Perez is waiting to hear about her own scholarship, and said she plans to attend either Gustavus Adolphus or St. Catherine’s University. But she’s got plenty to keep her busy until then, as she’s currently the wrestling team manager, and is a member of the National Honor Society, and was soccer team captain. Zangano, meanwhile, has participated with Upward Bound, and, like Perez, has volunteered and played for the school badminton team. Both young women said they were happy with their experiences at Edison, which they said has been full of great experiences and challenges.