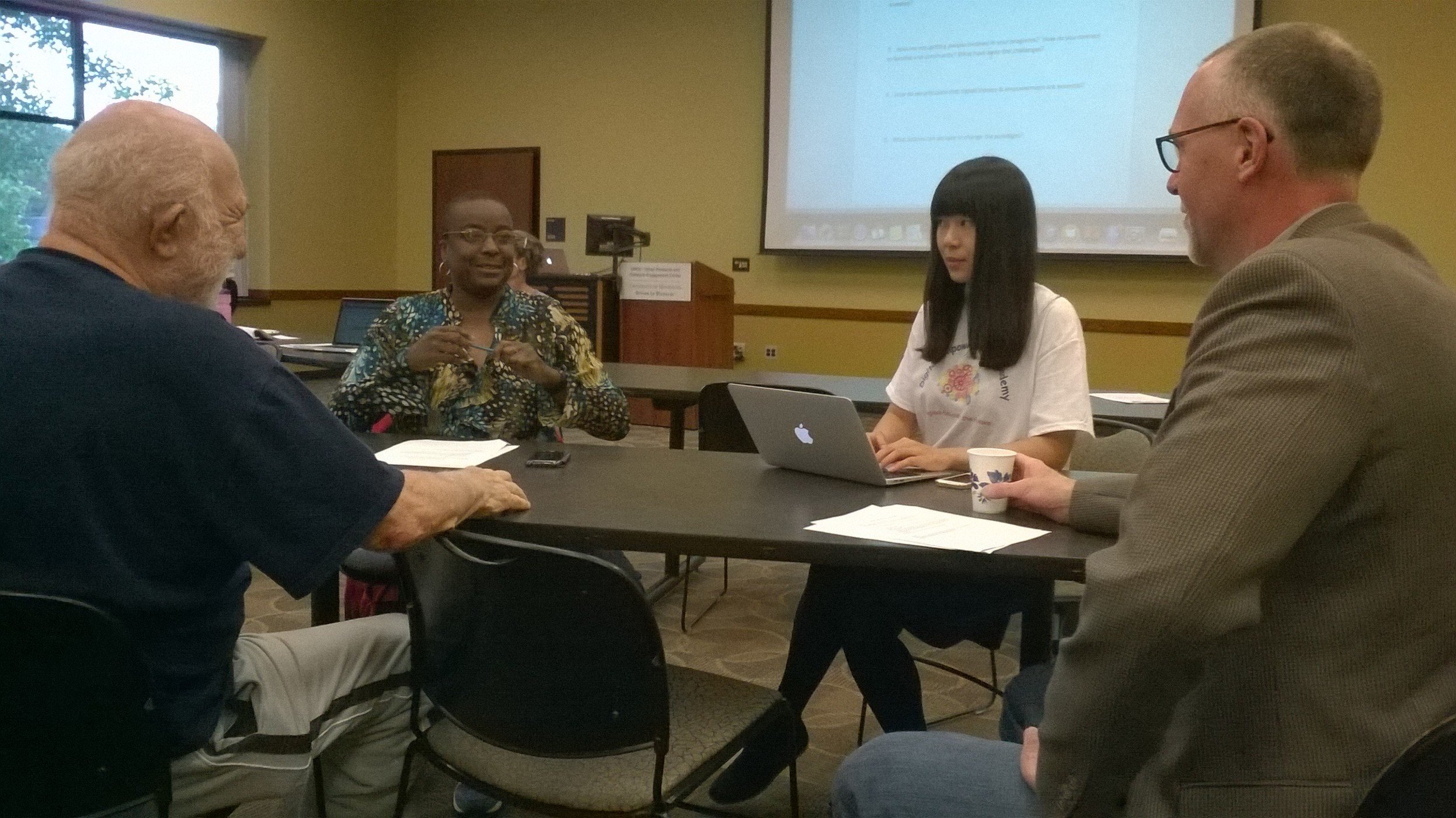 There was a time in our society when our relationship with technology was more like the Flintstones and less like the Jetsons. Smartphones, Facebook, and cars that basically drive themselves all indicate that we’re living a Jetsons-like future. But what happens when you’re too poor to keep up with Jetsons?

With most job applications online, and with the GED test completely online, it’s hard not to wonder what role digital literacy plays in disadvantaged communities.

Last Thursday a group of Minneapolis community members met for the Northside Digital Innovation Forum to address some of these issues. Held at the University of Minnesota Urban Research and Outreach-Engagement Center (UROC) and sponsored by Code Savvy, the Digital Empowerment Academy (DEA), and UROC, the forum discussed ideas surrounding digital literacy, digital advocacy, and how the existence of a digital divide affects various communities in Minneapolis.

“There’s lots of ways people define the digital divide and digital literacy,” said Dr. Lanise Block, one of the main organizers of the forum and co-founder of DEA.

“Sometimes the digital divide is very much lack of access to hardware and the internet…People say that digital literacy is providing access and resources, but that’s not what we’re talking about here, our goal is to promote digital empowerment and advocacy.”

Dr. Block gave a presentation during the forum citing data from surveys conducted by the City of Minneapolis which showed that only 66 percent of African Americans in Minneapolis have computers with internet at home compared to the 90 percent amongst their Caucasian counterparts. In the survey, communities like Camden, Philips, Near North and Central had the most “non-users” of home internet access.

Dr. Block utilized information like this to drive home her point that low-income communities and communities of color are disproportionately separated from traditional power structures and that the digital divide enforces separation from 21st century power structures.

Dr. Block stressed the importance of mending the digital divide

Other participants in the forum elaborated on the divide’s reach.

“25,000 households don’t have access,” said Elise Ebhardt, who attended the forum as a representative of the City of Minneapolis and gave a presentation on the city’s digital inclusion work. “When there’s a community organizer like Lanise who has an initiative, we really want to support that and make connections across the resources that we’re aware of.”

Ebhardt spoke about the various ways the city has worked to create digital equity. Collaborations from the grassroots work of AmeriCorps’s Community Technology Empowerment Project, to partnerships with organizations like PCs for People, the Technology Literacy Collaborative, or the Phillips Hub, Ebhardt highlighted the city’s track record of partnerships with organizations interested in digital literacy development.

Ebhardt also emphasized that customization is the key to successfully addressing the technology related needs of Minneapolis residents.

Some of those needs where voiced during the forum.

“We’re here to help….but we have limited time,” said Natalie Hart, a librarian at Sumner Library, who voiced some of the constraints surrounding the public library’s role in providing access to computers and digital literacy.

Hart said that because of the high demand to use public computers in neighborhoods with digital disparities, there simply aren’t enough computers or librarians to go around. Bridging the digital divide, according to Hart, could not only save time, but could also create more efficient technology users.

Other speakers included Kang Vang from the Asian Media Access organization, Angie Willardson from Project in Pride for Living, and Dr. Block on behalf of Code Savvy.  Most of the speakers expressed their desire to network their expertise with one another and to form collaborative alliances. After the presentations, participants broke out into smaller groups and held table discussions.

Not all of the attendees were experts on digital culture. One participant, Pastor Holder, said he came to the Northside Digital Innovation Forum to see how improving his own digital literacy could help his church’s evangelism.

Indeed, with its newfound alliance, the Digital Innovation Forum hopes to do just that.

The next Northside Digital Innovation Forum will be held on Monday June 16th  from 5:30-7pm at UROC.