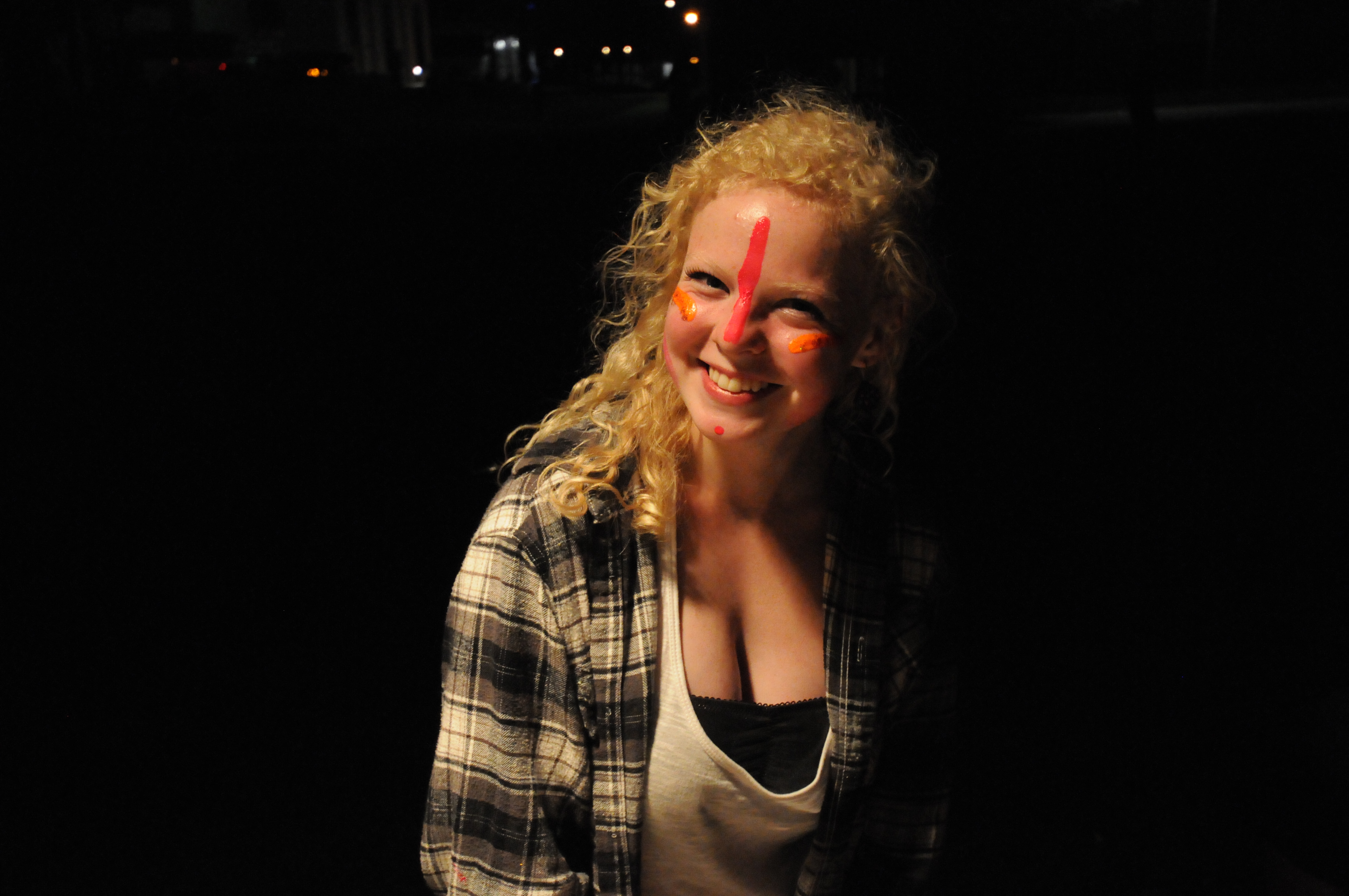 For the second year of Minneapolis’s Northern Spark overnight art event, I followed my own advice from the previous year: I formed a posse (well, a mini-posse, with my friend Heidi) and stayed out all night (well, almost). I’m glad to report that it was good advice, and that I had much more fun this year. It helped that this iteration of Northern Spark felt overall livelier, denser, and more diverse than last year’s. 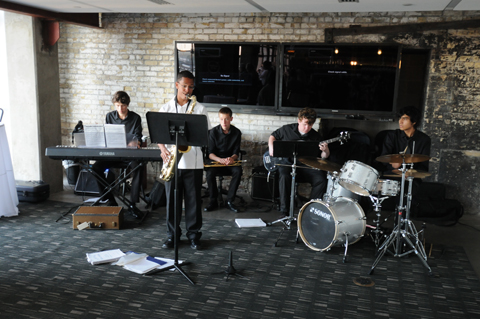 We started at the downtown office of Meyer Scherer & Rockcastle, which was hosting a packed private kickoff event. After a few words from the event organizers—including artistic director Steve Dietz—Mayor Rybak took the mic and roused the crowd by pointing out that you sure as hell (I’m paraphrasing) can’t go to Northern Spark in Portland! 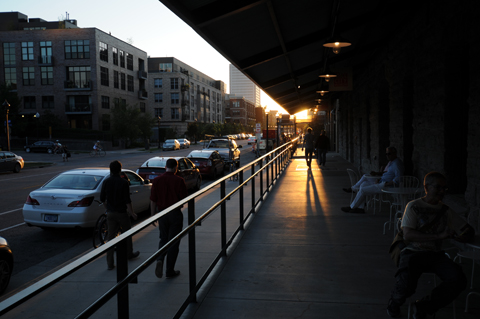 Crossing the packed Stone Arch Bridge, we arrived at a bustling Main Street. (Not pictured: bustle.) 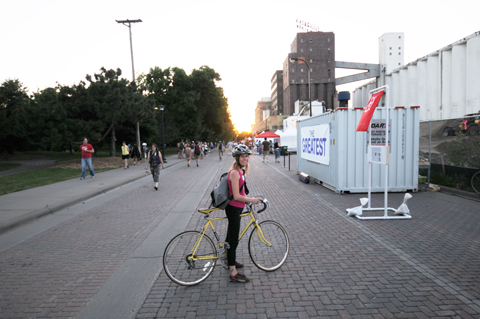 We biked up to the Soap Factory to meet friends, have a beer, and check out the Hedge Magic exhibit. This piece is by Keith Lemley. 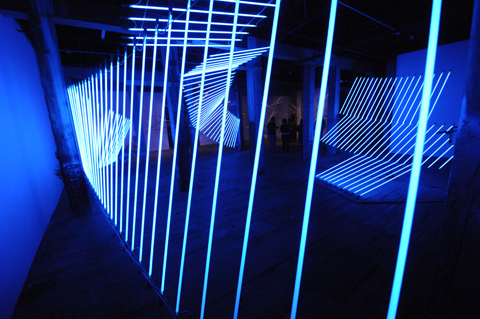 Then it was down to an empty lot on Main Street for the Ten Second Film Festival in its new location (the former field is being turned into condos) and on its new date (in previous years, the festival was held immediately after the Fourth of July fireworks). The bizarre humor and strange beauty (more of the former this year than the latter) of the festival remain intact; except for an overlong comedy sketch at the midway mark, the fest was as enjoyable as always—and looked better than ever on its massive new warehouse-wall screen. 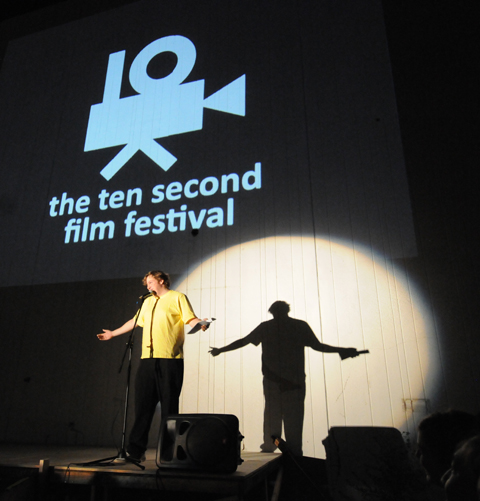 After saying some more hellos on Main Street, we crossed the Stone Arch again to catch the tail end of Koo Koo Kanga Roo’s typically sweaty performance at the all-night literary event hosted by Paper Darts at Open Book. We met my Tangential blogmates Becky Lang and Katie Sisneros, and I wrote a story for the special-edition magazine being assembled by the Paper Darts staff. 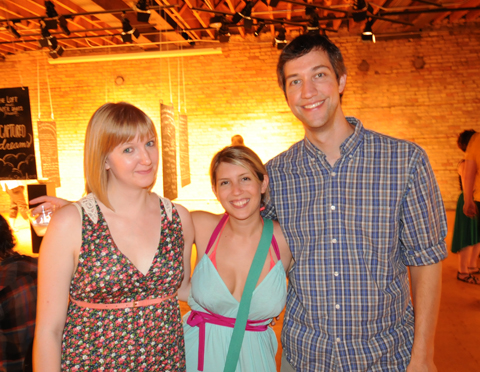 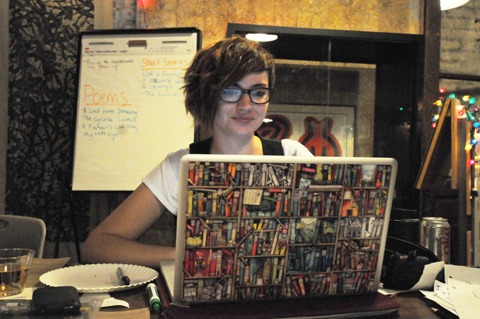 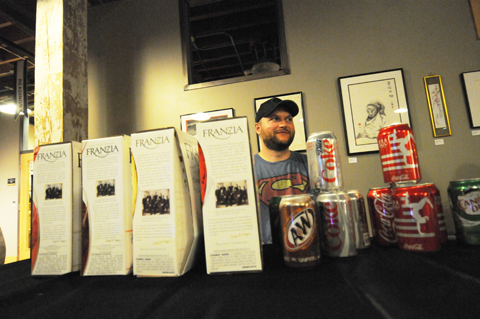 We then had the same idea as a lot of people: ascend the Foshay Tower to see/hear Observation Tape Deck by Caly McMorrow. The piece was reportedly not fully functioning, and what we saw/heard was certainly minimal—but it was my first-ever visit to the Foshay’s observation deck, which feels gratifyingly Empire-State-like. Why couldn’t Tom Hanks and Meg Ryan have simply met in the middle? 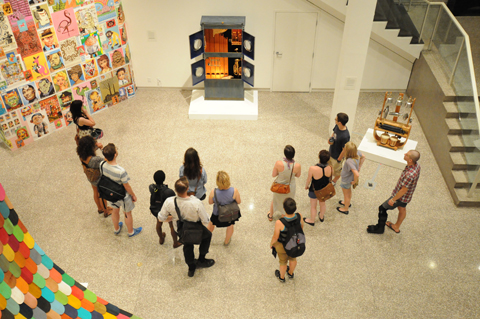 By that point it was about 3 a.m., and Heidi headed back to her South Minneapolis home. En route back to my Uptown apartment, I stopped by MCAD (above) and was immediately rewarded with the beautifully fanciful sight of Sparkers swinging back in forth in the skyway. 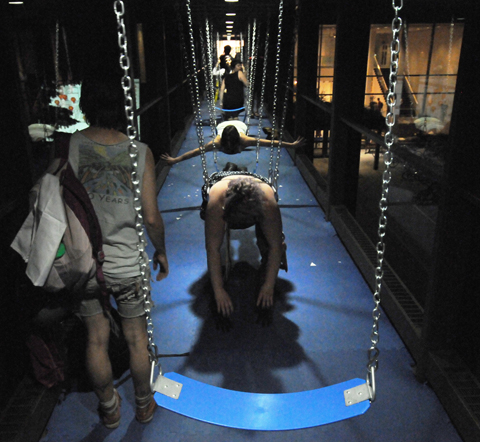 Outside, a few blissed-out stragglers were making merry with the remnants of a balloon fight. 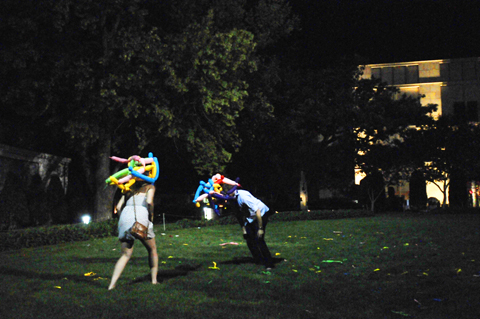 A number of games and events were still in progress on the campus; I considered painting my face, but decided it was time to call it a night—or rather, a morning. 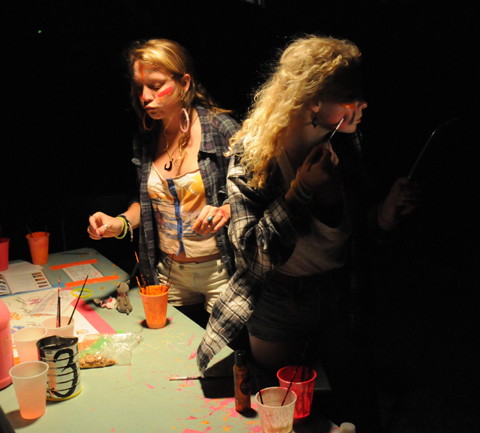 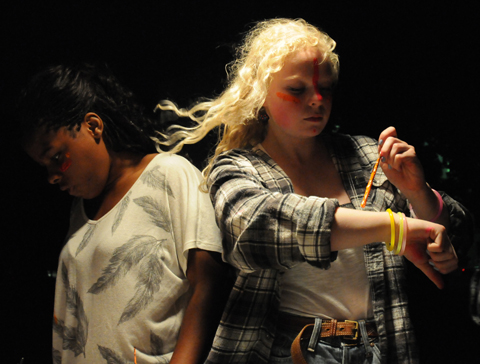