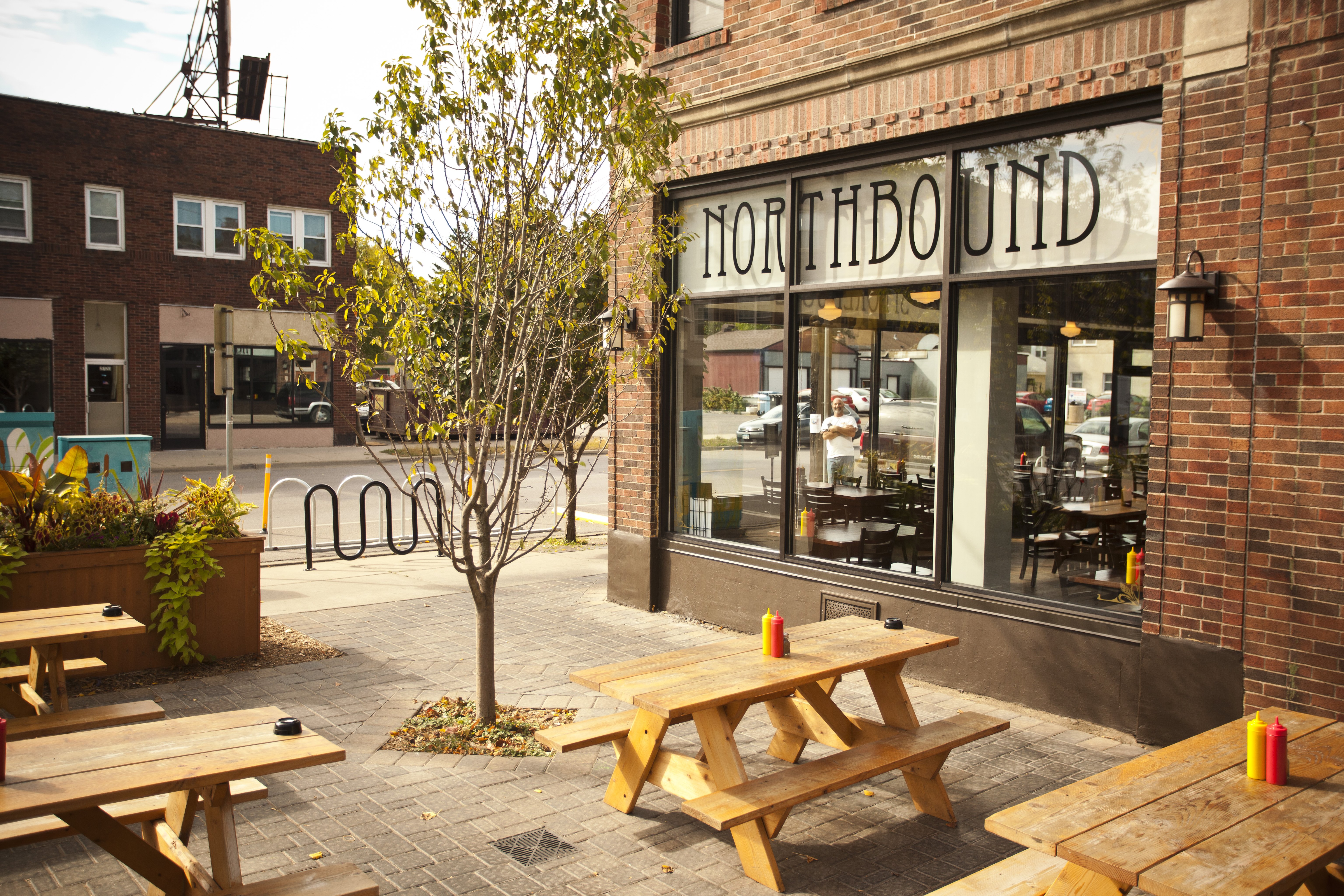 When Jamie Robinson started dating Amy Johnson five years ago, he shared his dream of opening a neighborhood brewpub. In the state of Minnesota, a brewpub is a small brewery that can sell its beer on the premises along with other beers and food, as opposed to a brewery, which can sell its own product on-site and also vend it to other sites. At the time, Amy was not planning to use her hospitality degree to open a restaurant, but she and Jamie decided to pursue this dream together.

They spent eight months writing and rewriting a business proposal. When they took it to banks, both small local banks and larger institutions turned them down. Finally, a bank approved their loan, but only if they could first raise a quarter of a million dollars. So they approached potential big investors. Jamie says, “They all said, this is a beautiful proposal. Good luck with that.” At the same time, friends offered to invest a moderate amount. “I don’t know who finally said it out loud,” Amy says, but somehow the idea of dozens of small investors became a reality. Amy and Jamie offered free beer for life at the future brewpub to anyone who would invest $1,000. The rest is neighborhood history.

While they were searching for funding, Jamie and Amy were also looking for a space for their new business. At first they wanted to open near their home in St. Paul, but they soon found that space in St. Paul was far too expensive, and their attention turned to Minneapolis. Amy says there was never any question of going downtown or uptown. She and Jamie wanted to open the sort of neighborhood pub they enjoy going to, the local place where a community goes for “good people, good beer, and good food.” Jamie found a listing on Craigslist for a former furniture store in the Standish Neighborhood. The owner, Andy Root, was immediately excited by the idea of a brewpub in one of his buildings. He went with Jamie to a meeting of SENA’s Business, Development, and Transportation Committee. Jamie gave a short presentation and asked whether the committee thought the neighborhood would support a brewpub. The answer was resoundingly positive. Word spread throughout the neighborhood, investors started turning up, and the Northbound Smokehouse & Brewpub opened in September 2012. 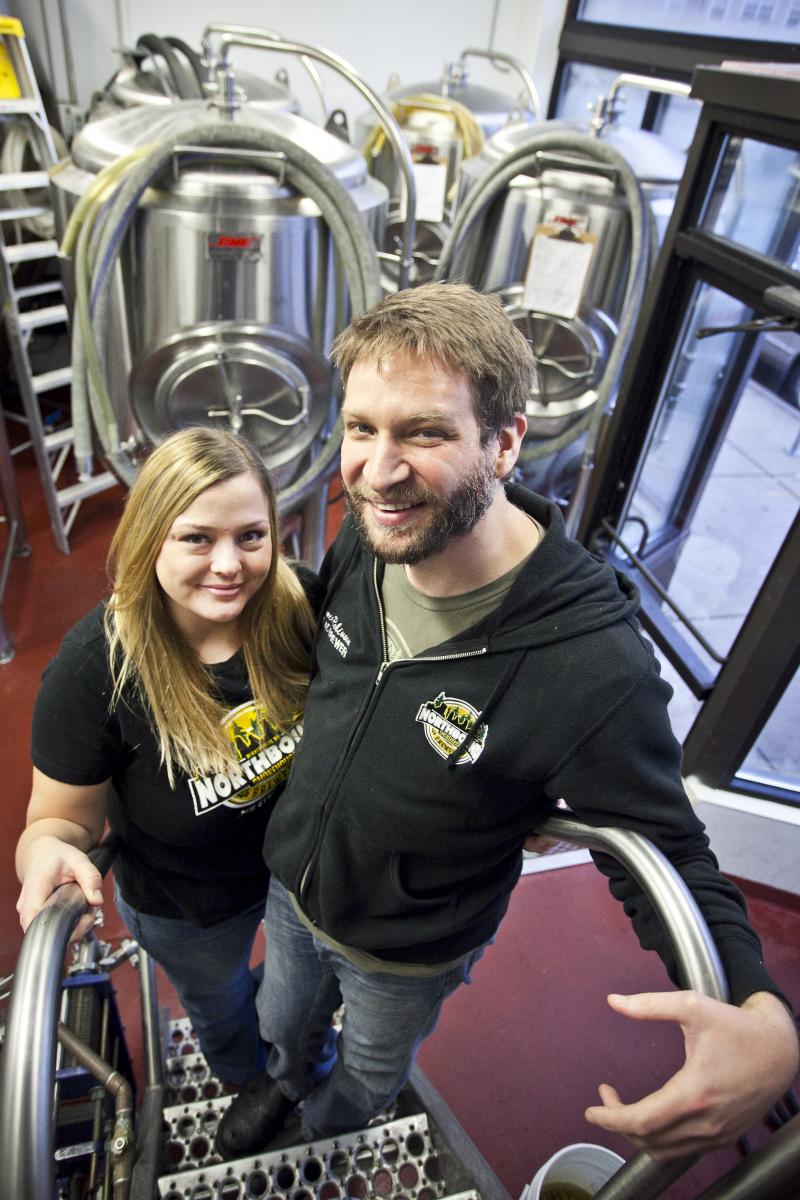 The Northbound Smokehouse & Brewpub is probably best known for its beer. Jamie, as the brewer, likes to use traditional ingredients and add a twist. The four house beers—Big Jim (most popular), Light Rail Pale Ale, Honey Wheat Ale, and Smokehouse Porter— are always available. Two seasonal beers are usually also available. Some of these beers are repeated; some are available only once. This winter you can enjoy the snow series: Snowpocalypse (in December, a dry-hopped Scotch ale), Snowmaggedon ( January, Imperial Honey Brown Ale), and Snownami (Imperial Stout with raspberry and chocolate, just in time for Valentine’s Day). These beers are named because of their higher alcohol content, perfect for the cold winter months.

The food follows the theme of the restaurant. Just about everything is smoked on-site, from the grain for brewing to the eggs in the egg salad and all of the meat. The menu offers smoked wings, smokehouse chili, and smoked porketta. Amy admits the menu is a little meat heavy, but they make an effort to have vegetarian options, including the popular wild rice burger. They also emphasize local food and local sources, like their honey, which comes from Sorenson’s Honey Farm outside Owatonna.