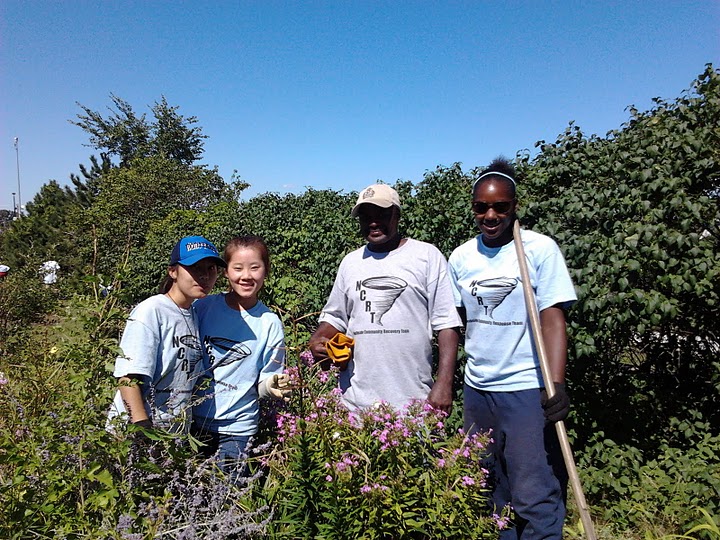 Markeja Mullens, is an emancipated teenager, seventeen years old and living on her own in South Minneapolis after being displaced by this spring’s tornado in North Minneapolis. Like many of the young people who were hired this summer by EMERGE, to help with tornado relief efforts, Mullens is gaining skills and making some money while working as a program assistant at the Neighborhood Hub in the Jordan neighborhood.  “It’s busy, but I can handle it,” she said.

EMERGE’s youth job program hired 150 young people this summer, for a six- to seven-week period.  The $375,000 budget for the program came mostly from the Minneapolis Foundation along with other government and private grants. Seventy of the youth work through jobs in partnership with the park board, and another 80 work in jobs coordinated by Emerge, according to Executive Director Mike Wynne.

Shiloh Temple, which has been at the forefront of relief efforts on the North Side, helped EMERGE identify youth for the program, which targeted youth affected by the tornado, and young people living in North Minneapolis who previously did not make it into STEP-UP, Minneapolis’s annual youth summer job program.

Identifying which families need help can be difficult. Wynne said much of the support and communication for distressed families occurred through private networks. “People are still sort of popping up,” he said.

One of the youngest youth in the program, Colin Stanifer-Brown, is 14 and about enter Patrick Henry High School as a freshman. He came to his first day of work with his younger brother and sister in tow.  He was looking after them, but didn’t want to miss out on the job opportunity, according to Boise Jones, who coordinates the program.  EMERGE staff found a spot for his siblings at Camp Noah. Colin said he has been gaining job skills, like listening, and being prepared.

Another young man, Ario Deloney, was home from his first year at Vermillion Community College when the tornado hit a few blocks away from his family’s home. While his house was unaffected, he has family members whose homes were damaged. This fall, he’ll be entering Dakota County Technical College, where he’ll be taking his new job skills with him.  “A lot of it was a new experience for me,” he says.  He said had a great crew, and learned how to use power tools, as well as gaining communication skills and responsibility. 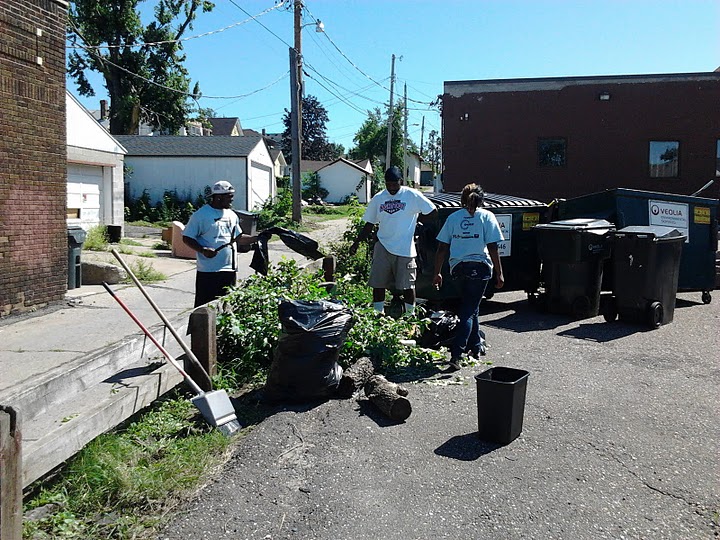 “They’re hangin’ in there,” said crew leader Carlos McNeal, “because they’re learning responsibility and the value of a dollar. They’re saving their money because they know what they need.  Now all they speak about is their needs, not their wants, and that’s so special.  I wish I had this type of opportunity when I was growing up.”

The young people work 27.5 hours a week, from 9-3.  They’ll work until the start of school, but Wynne says they hope to continue the program after the school year begins, as long as there is funding.