Recently, a five-block section of University around the future Western Avenue Green Line station was designated Little Mekong by the Asian Economic Development Association. I’m thankful they picked Little Mekong because it represents the river’s trajectory through China, Burma, Laos, Cambodia, and ending in Vietnam. The Avenue is rightfully known as the epicenter of Vietnamese food, but there are a host of other East Asian cuisines to be had.

Today was Cambodia’s turn as I had lunch at Cheng Heng (448 University). I just read an article in Sunday’s Star Tribune Travel section about noodle shops in Hanoi so I had noodle soup on the brain.Plus the narley cold weather today made hot soup especially appetizing. So while there is an assortment of great looking dishes on the menu, my decision to get Phnom Penh noodle soup was easy.

The soup came with shrimp along with sliced and ground pork. I love Pho, but it was nice to get a noodle soup that was a little different. (As you can see from the photo, your humble author was so hungry he forgot to snap a photo until the end!) I’m no expert, but the main difference to me is that this was a little lighter. Pho can be a little heavy at times, and is usually packed with different types of red meat. I don’t know if it was the type of broth used or just the addition of shrimp and pork instead ribs and tripe, but it hit the spot today. I was warm the rest of my ride into downtown. 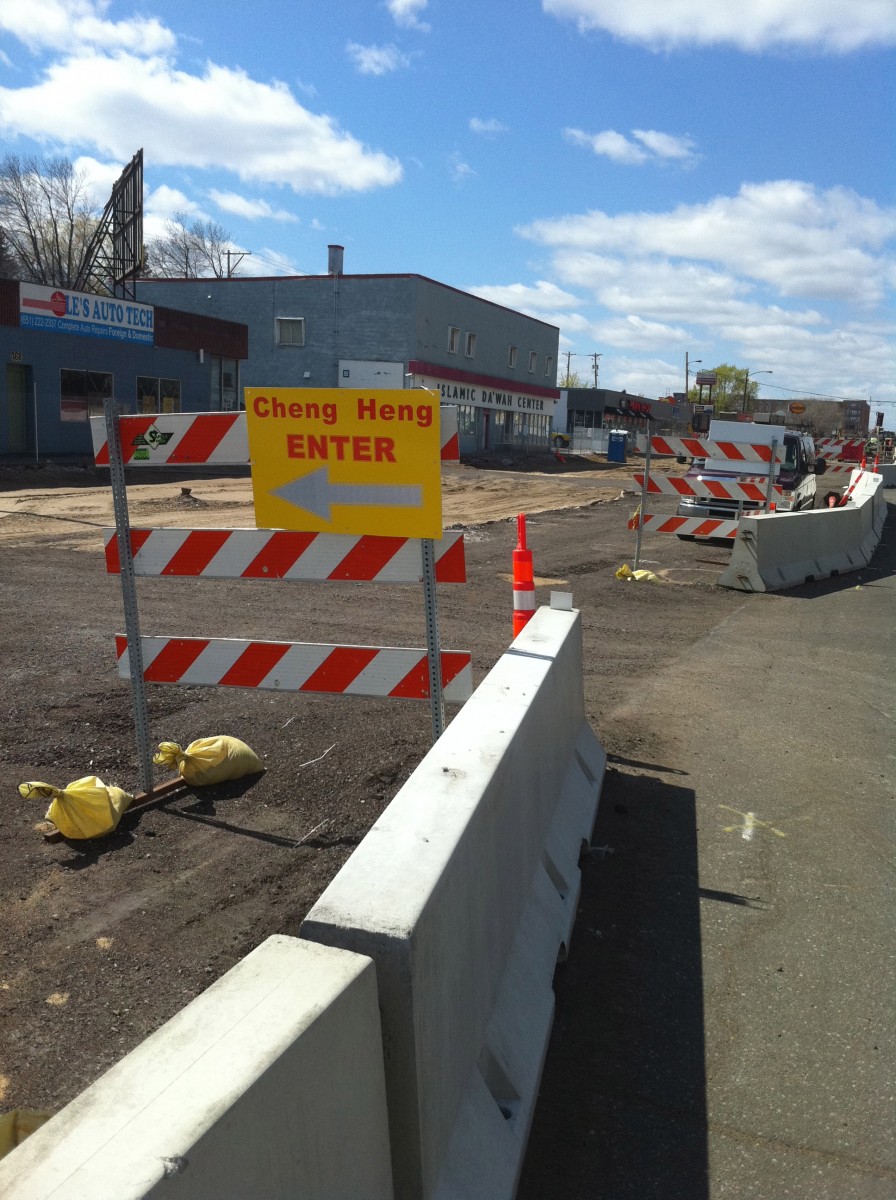 You have a choice of large and extra large. I found the large adequate, and it was only $5.75. Parking is a breeze there as they seemingly have there own special mid-block gap in the construction fencing to allow cars to enter their side lot. Again, the bike parking sucks but that is not their fault. The construction fencing has blocked off all the street signs that become de facto bike parking.

Next time, I’m going with the noodle salads which look awesome.