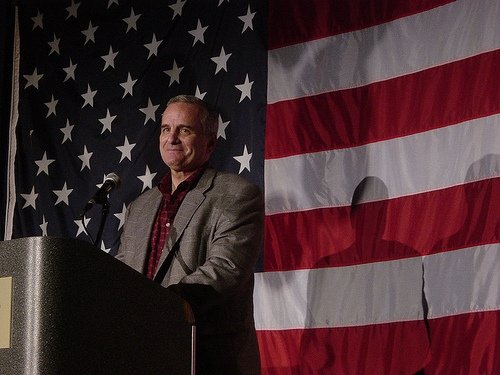 Mark Dayton won the DFL primary largely without the support on traditional Democratic structures, instead relying on his name recognition and personal wealth. During the primary, challenger Margaret Anderson Kelliher received the party’s endorsement, and backing from a majority of the state’s traditional Democratic outside groups.

But now that the primary season has reached its conclusion, Democrats have coalesced behind Dayton’s campaign. The state AFL-CIO endorsed Dayton today. The organization is the latest union to support the DFL candidate, as other unions, such as Education Minnesota, have switched their endorsement to Dayton after Kelliher lost the party primary.

Don Davis at Capitol Chatter reported that Dayton will soon receive a further boost from the party, with Vice President Joe Biden likely to visit Minnesota to campaign for Dayton. A visit from Biden will help Dayton on two fronts. President Obama’s approval rating in the state is higher than the national average, so a visit from the second in command should pull a large crowd and help rally the party base. Biden should also be able to bolster Dayton’s fundraising abilities, as Dayton won his primary campaign mostly through utilizing his own wealth rather than funds from supporters.

While “DFL candidate supported by unions and other Democrats” is not the most shocking news story, it is notable how quickly the DFL organization has rallied to Dayton after Kelliher narrowly lost the nomination. With the full support of the party infrastructure and outside groups, Dayton should be able to fully capitalize on his strength at the polls as the general election campaign begins. The race has gained national importance after the controversy surrounding Target’s contribution to a pro-Tom Emmer group, so Dayton will likely see more support from non-Minnesotan politicians and groups when the campaign gets closer to the fall election.