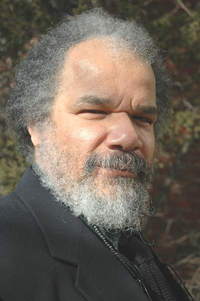 When his good friend Joseph Erickson asked him out for coffee, Bill Green could not resist the invitation. The history professor and former Chair of the Minneapolis School Board assumed that Erickson, the current Board Chair, wanted friendly conversation and a break from the controversy surrounding the district.

Little did he know that cup of coffee was bait.

He comes to the job with a focus on healing the district and rebuilding relationships within the community, as well as refocusing attention on achievement, and beginning a long-range strategic planning process.

“The nature of conflict is that people oftentimes just pull away and lose sight of what the schools are about, and it becomes an issue of personalities,” Green said in a recent interview. “So through the healing process we want everyone to refocus on the kids, on the schools, on achievement.”

A Lifetime of Learning
Green’s personal focus has long been on the kids. A member of the Minneapolis School Board from 1993 to 2001 and chair from 1996 to 1998, Green has committed much of his adult life to the wellbeing and education of youth. He is also a teacher himself, serving as an associate professor of history at Augsburg College since 1991.

But his personal education is even more impressive. The son of two educators, Green grew up around universities in the South and always knew he wanted to teach. He came to Minnesota to attend Gustavus Adolphus College and after receiving his undergraduate degree in history and political science in 1972; he spent six months driving trucks. He then went on to earn a master’s degree in counseling psychology from the University of Minnesota.

After obtaining his masters, Green traveled and lived abroad in Africa, Mexico, and Europe before pursuing his education further.

“I came back and I was going to write the Great American Novel,” Green recalled. “I worked in a printing shop. I was sitting there in a particle mask and goggles and a thing in my ear and I’m typing. Then I hit writer’s block. And then that’s when I started getting mischievous and getting involved with labor stuff.” As Green moved his way up in the shop, he realized that, in his opinion, the attorneys were doing an unsatisfactory job.

“And so I went to law school.” he said. “And I went into labor and employment law.”

Green received his J.D. in law from the University of Minnesota and also received a P.h.D. in educational psychology. That resume is not lost on those who have worked with him on local education issues. “He is really, primarily, a scholar,” said Dennis Shapiro, who served with Green on the School Board from 2001 to 2005.

Yet, according to Erickson, Green maintains a down-to-earth demeanor that he believes is essential to managing the school district. “He’s completely there,” Erickson said. “He’s totally there with people.”

Erickson recalled a time in 2004 when Green dropped everything to counsel him through a divorce. This ability to provide comfort and calm is what Erickson believes will make Green successful in the coming months.
“When the idea of Bill doing it [becoming interim superintendent] came up, I was immediately fascinated with it,” he said. “I was just washed over by a sense of exhilaration and contentment. It was like, ‘Yeah, that’s what we need, that’s what we want.’”

But not everyone is so adoring. After he helped settle a lawsuit by the National Association for the Advancement of Colored People (NAACP) against the city of Minneapolis in 1995, Green acquired his share of enemies. This tension was compounded by the controversy surrounding Peebles’ removal and by district critics who believed he was hired merely to appease the African American community.

“I’ve got my effigy still hanging in my office. I was hung in effigy,” Green said, his voice turning serious. “The picture of me with red eyes and a skeletal body…with ‘segregation’ written across the pelvic region.” And then with a slight turn of his curly salt and pepper beard, his face became resolute.

“But I know what that’s about,” he said. “It’s not personal. When passions are high like that, people sometimes say things that they don’t mean and sometimes they say things they mean, but the job is what they’re yelling at. It’s not me personally. It’s hard to remember sometimes. But I do remember it, and that’s in part because I have to be out in the community. I got to talk to people. I got to be available. And I think probably the best thing for my attitude is to go into the schools.”

Green realizes that he comes into the school district at a tumultuous time. But he believes that listening to his constituency’s concerns is the most important tool in healing.

Racism Is Real
Growing up in the South during the civil rights struggle, Green recognized the value of being heard at a young age. His parents were civil rights activists, and he attended the New Orleans public schools the first year they were integrated in 1960.

It was in the Crescent City that Green experienced first-hand the passions that made school desegregation such a flashpoint for the civil rights movement. He recalled ducking into a movie theater one day and watching The Magnificent Seven instead of going to school. It was the first time he saw a movie by himself.

“I was there because I had fallen through the cracks,” Green recalled. “I was supposed to be going to school and people were going crazy about school de-seg and I went to a movie theater.”

He smiled at the memory. “And that’s why I teach civil rights history,” he chuckled, “so I know what happened, because I was otherwise kind of preoccupied.”

He’s not amused, however, by the current racial achievement gap and the issue of what some call “institutional racism” in the public schools. One reason for the gap, Green noted, is that “we are not telling black youth what options they really have.”

He told the story of a gifted African American history student in a class of his who left Patrick Henry High School to finish school in St. Paul. No one ever mentioned special programs, like International Baccalaureate, to the student. Green’s son also attended Henry.

“My son was only one of two black males in that IB program,” Green said. “What that means to me is, among other things, that we are not very effective in really really really letting students be fully aware of the options they have, letting them know what they can do, and supporting them in it. It’s kind of still hidden. And that’s what I mean by institutional racism.”

Green realizes the complexity of the current perspective on racial discrimination. He also feels the need to address issues of economic disparity.

“Now I think typically when we think of institutional racism, we think of a systemic demonstration of insensitivity. And there is an element of that. But I honestly believe that it’s much more insidious than that. It’s much more abstract,” he explained.

“And that is one reason why it’s been able to continue, because no one is calling a black kid by the n-word,” Green said. “Nobody is referring to that. And when the word racist is uttered, it is usually as a result of a gesture which on the surface and perhaps quite sincerely, is innocent. So, the language that we use to describe race is outdated. And it sends people into defensive modes, so the best way to proceed is to not proceed at all.

“We’ve got to find a better way to talk about race and have a community discussion,” Green continued. “And furthermore, even though it is the African American male in our school system who suffers the most in public education, it is not just an issue of race. It’s an issue of class as well.”

Still Hopeful
Green takes heart in the recent aggressive support for the Minneapolis public schools from other Minnesota school districts. Even though Minneapolis has the highest per-pupil funding, Green said, rural districts have been supportive, because they realize that public education as a whole in Minnesota will be weakened if Minneapolis’s resources are taken away.

“I am really hopeful. We have people who are supporting our efforts in a way that I’ve never seen before,” Green said. “And it’s all happening at the same time.”

With classes at Augsburg ending the first week in May, Green will be able to focus all of his attention on his new job. He will be taking a leave from the college during the 2006–2007 academic year. (He’ll donate half of his Augsburg salary from the 2005-2006 academic year back to Augsburg and the other half to the Minneapolis Public Schools.)

Green said he’s not decided if he wishes to be considered for the permanent role of superintendent. If he does not, there will be some who will be happy to have him back as a professor.

“It may be selfish to say,” Augsburg student Becky Wolf said, “but if Professor Green turns down the permanent position, Augsburg will be lucky to get him back.”