Black voices are barely heard on local mainstream radio. It’s even worse in local sports radio. “There is no Black talent on the air in the Twin Cities except at KMOJ,” claims KTWN-FM’s Brandon Wright, a nine-year veteran.

KFAN “is too White for me,” proclaims St. Paul African American Leadership Council’s Tyrone Terrill, speaking of the Clear Channel station that has only two Black on-air talents, Henry Lake and Trent Tucker, heard only on weekends, and none on weekdays.

There are no Blacks at KSTP-AM on weekdays and weekends. According to Hubbard Broadcasting’s public Equal Employment Opportunity report for 2010-11, there were at least five job openings, including executive producer, program director and on-air host, at 1500 ESPN. KFAN’s report showed no openings during the same reporting period.

The MSR either left phone messages or sent emails to KSTP management for comment, but no response was received by press time.

“The only time I listen to these guys [KSTP, the Minnesota Twins’ former broadcast home] is when the Twins are on,” admits local die-hard sports fan Bernard Walters. Otherwise, he notes, “I haven’t listened to sports radio since the death of [his cousin] Korey Stringer,” the late Vikings offensive lineman. “It’s hard for me to listen to one-sided opinions.”

“Black folk can’t do sports?” asks Terrill. “They [sports directors and program directors] don’t want us to report on sports.”

“There’s tons of talented minority people in the Twin Cities who don’t get the opportunity, because somebody in management don’t want that to happen,” says Wright.

“I would love to break into broadcasting,” joked the deep-voiced Walters, “but they would fire me within one week.” Then seriously he noted, “I wish there was a sports radio show that would endear my attention, but none of them are saying anything interesting for me.

“I just strictly read the newspaper sports section from cover to cover and Sports Illustrated,” Walters points out. However, diversity on both the Minneapolis Star Tribune and St. Paul Pioneer Press sports pages is sparse as well.

“I don’t think we have great diversity on our staff right now,” admits Star Tribune Assistant Sports Editor Dennis Brackin regarding their lone Black reporter. The Pioneer Press has only two Black sports reporters, and neither newspaper has a Black columnist.

The 2012 American Society of News Editors (ASNE) survey released earlier this year found that the number of Blacks and other people of color working at daily newspapers has been declining at least half a percent each year since 2010. These member newspapers received average grades for racial hiring practices on two report cards (2008 and 2010) for all key positions

Less than six percent (5.7) of the overall Star Tribune staff is Black. There were no updated numbers available from the Pioneer Press on the ASNE report. 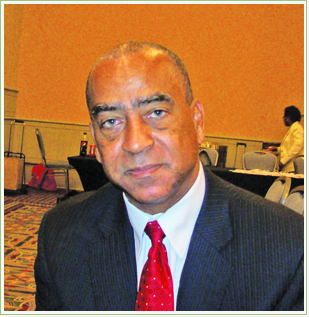 “Diversity took a back seat during the recession,” states National Association of Black Journalists (NABJ) Vice-President Bob Butler. “A lot of people who lost their jobs happened to be people of color, not just on the air, but [also] those who were in management.”

He noted that the national elections show an estimated 25 percent of the electorate to be Blacks, Latinos, Native Americans and Asians. As a result, “There’s no reason for any [media] company not having diversity that matches the nation, because the nation is becoming more and more diverse.”

Butler also said he was “surprised” with the 2012 NABJ Diversity Census that showed over half (153) of the television stations surveyed “have no one of color in management, despite being located in cities with significant diversity,” such as Chicago, New York, Atlanta and Los Angeles. “That’s a real problem in cities where you have a much more diverse population — places like Philadelphia and Chicago — but in small cities, too.”

NABJ also reports that only 16 percent of new hires in 2011 were journalists of color, while 84 percent of these hires were White.

“I think the first step is to align themselves with developing, and grow positions for people of color, and Black people specifically, to deal with some of the jobs in their organizations. But that commitment must come from the top, and diversity must come from specific jobs and recruiting both locally and nationally for professional jobs,” Reed points out.

All Minnesota television and radio stations licenses expire on April 1, 2014, and they must file their renewal applications by December 2, 2013. However, station renewals can be challenged — a petition to deny must be filed with the Federal Communications Commission (FCC) for Minnesota stations by March 3, 2014.

The public at any time during regular business hours can inspect each station’s public file, which must have ownership reports, Equal Employment Opportunity information, and letters and emails from the public that must be retained for three years.

Reed suggests that individuals and local groups “start show[ing] up [at stations] and check their records and ask questions. There should be some joint corroboration among all organizations to see inclusiveness and diversity is up-to-date.”

Public interest groups, however, have criticized the FCC for not considering the impact of broadcast media consolidation since the mid-1990s on Blacks and other people of color, including the commission’s latest proposal last month to lift the television-newspaper cross-ownership ban. 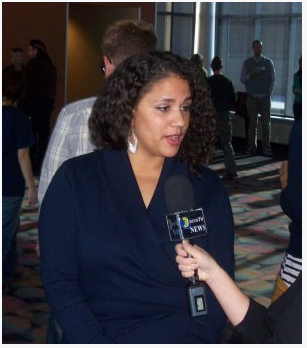 Main Street Project Community Organizer Danielle Mkali says she believes that the FCC commissioners “are rushing and hurrying through the decision-making process” and points out that lifting the ban would have an adverse effect on diversity as well.

“There were national [civil rights] groups…that promoted a Day of Action on December 4 to make calls to the commissioners that we knew that we could possibly influence on the decision,” she recalls.

The FCC later announced that they will delay their decision until at least January to allow for more public comments.

“Relaxing these rules would make it possible for big entities like Fox or Comcast to own more major media outlets in smaller communities. We know this will limit our chances for women and communities of color to get any type of [media] ownership any time in the future,” says Mkali.

“It would narrow the voice[s] even more,” she concludes.