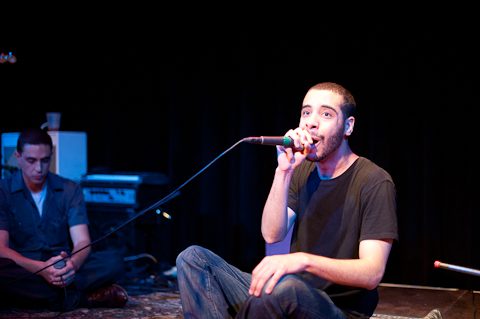 Joe Horton of No Bird Sing. Photos by Meredith Westin.

CD release shows are always a cause for celebration no matter how big or small a band may be. It’s a culmination of the months (and often years) of hard work and the blood, sweat, and tears that have been poured into an artist’s latest piece of work. What happened Saturday night at the Cedar Cultural Center was not your typical celebratory CD release, however.

It was clear from the get-go that this night was going to be special, and first opener Kristoff Krane (Christopher Keller) made it abundantly clear that the death of his friend and fellow artist Micheal Larsen (a.k.a. Eyedea) six months prior was very much still on his mind and in his heart. Whether those thoughts were the catalyst or not, Kristoff Krane put on an incredibly spirited 40-minute opening set that began with a short a cappella spoken word piece without a mic, and was mostly spent down on the floor rapping and dancing in—and, often, with—the crowd. Peter Pisano (Peter Wolf Crier) was among the revelers watching and singing along to nearly every word. A very nifty surprise came when at one point the mic was handed to an audience member to freestyle, which I figured wasn’t going to go so well. But much to my surprise this guy tore it up and had the crowd going crazy. Turns out he wasn’t just any old audience member however, he and his friend he was with just recently released a mix tape that you can download here.

After a very short set changeover, Kill the Vultures put on a hair-raising 45-minute set that featured KTV classics like the set opener “Moonshine” and many songs off of their most recent album, 2009’s Ecce Beast. Instead of being marred by DJ Anatomy’s drum machine malfunctioning half way through their set, Alexei Caselle performed two songs completely a cappella, the last of which was a bone-chilling version of “Frontline” (which originally appeared on Sims’s 2005 debut album Lights Out Paris). The song’s lyrics (“And you ain’t overseas fighting, dying with the others/ You would rather send your neighbor’s niece’s cousin’s nephew’s little brother/ Hiding in your mansion in the suburbs like your god wouldn’t judge you sleeping under silk covers”) seem eerily forshadowing now in the wake of the news that came late Sunday evening. Luckily for our sake, Anatomy was able to fix his drum machine just in time to close with the band’s namesake tune “Kill the Vultures.”

No Bird Sing‘s sophomore album Theft of the Commons is easily one of the strongest local albums released so far this year, so I was ecstatic to hear how they would pull off these new songs live, where they truly shine as a band. I was happy to see that for a handful of songs, drummer Graham O’Brien’s brother Casey O’Brien played bass guitar, something I’ve always felt the band could use to give their already tight live show that extra oomph. Starting the show off exactly as the album starts, “Basquiat Loves Company” and the lead single (and album’s strongest track) “Afterlife Insurance” kicked off their hour-long set with a bang. The lovely and insanely talented Chastity Brown lent her vocal talents to an ethereal version of “Plastic Lines” off the band’s debut album Prometheus.

A song or two later, the show’s vibe and tone made an abrupt 180 as lead singer Joe Horton asked both opening acts, Pisano, and Kathy Averill (Micheal Larsen’s mother) to come onstage. Horton was clearly choked up as he addressed the crowd, giving a short emotionally-charged speech about his fallen friend and musical mentor. He stated that the most important thing he learned from Eyedea was to just be himself and not care what anyone else thought of him. The band and all of the guest artists onstage then performed “Outcasted,” which morphed into a freestyle jam, with Horton, Caselle, and Krane trading off verses (at one point sitting on the stage floor in a small circle) while Peter Pisano provided gorgeous vocal loops. It was raw and somewhat rough around the edges, but at the same time absolutely breathtaking, just as Eyedea himself often was. After plenty of tears shed and hugs, No Bird Sing brought the vibe back up significantly and the shows intensity just built over the last four or five songs of their set, ending with Joe leaping off the stage and basically starting a small mosh pit.

After reflecting on such a powerful and moving show, it was clear to me that all of the acts involved realized this was not just any show for them—or, in No Bird Sing’s case, just a CD release party—but moreso a celebration of the precious gift of life and to remind people just how much Micheal Larsen’s talents meant to not only them, but the Twin Cities music community in general. 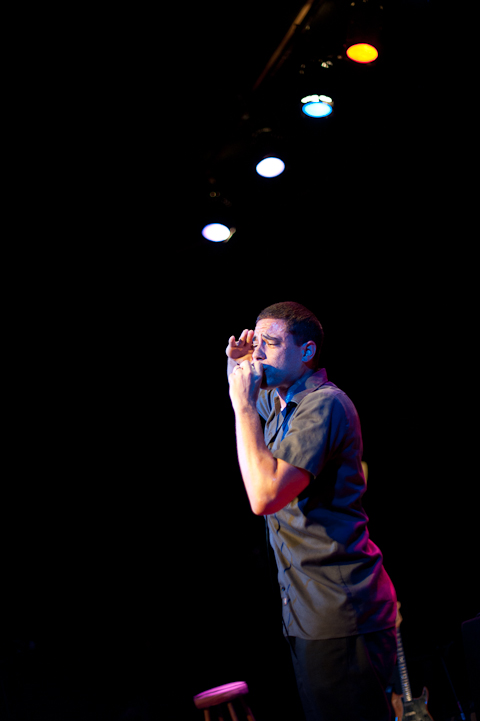 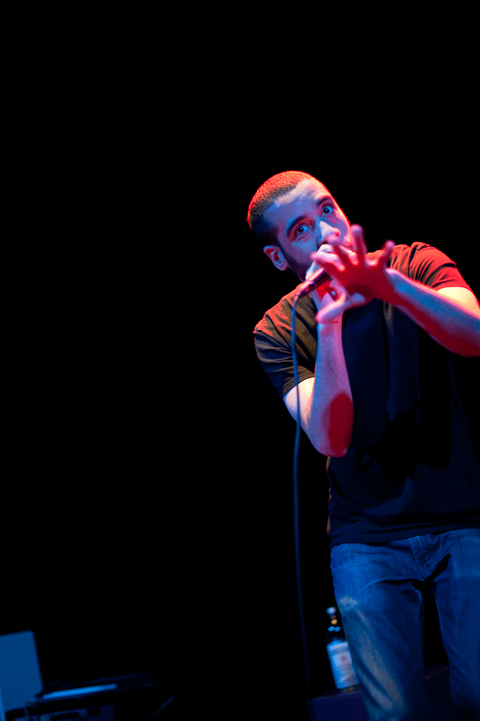 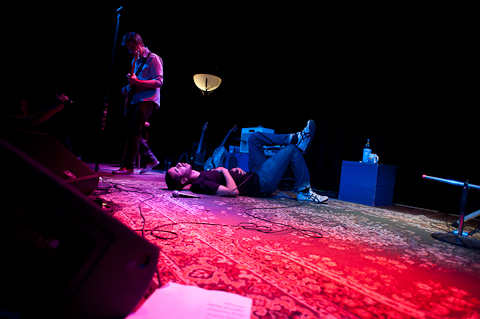 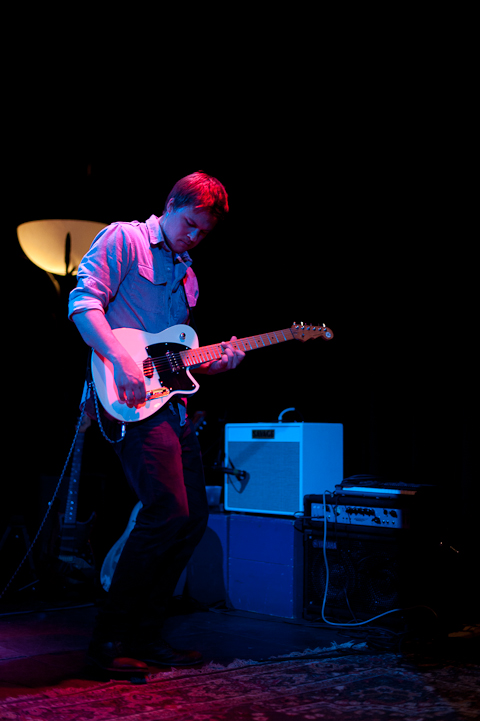 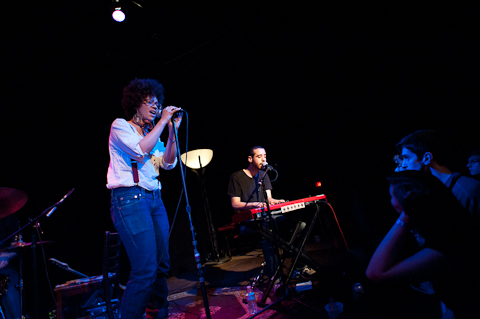 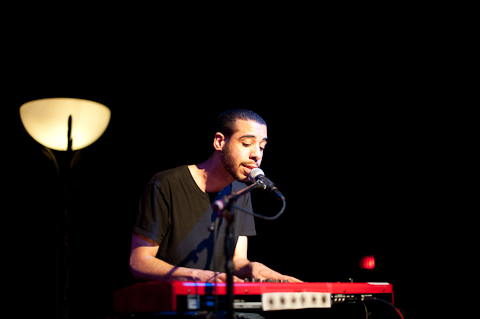 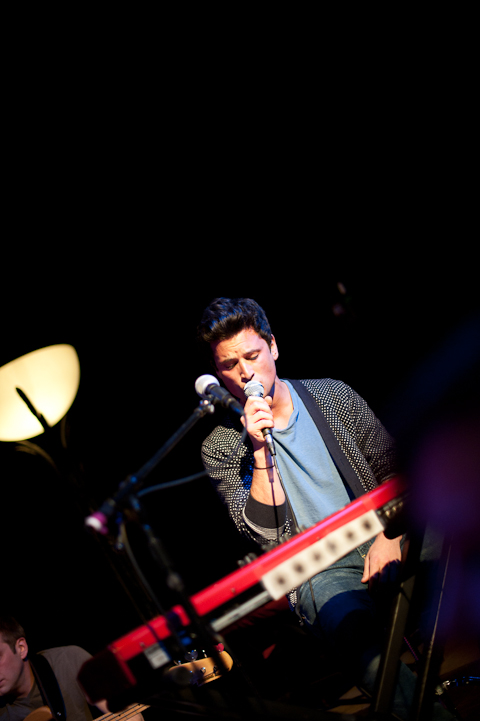 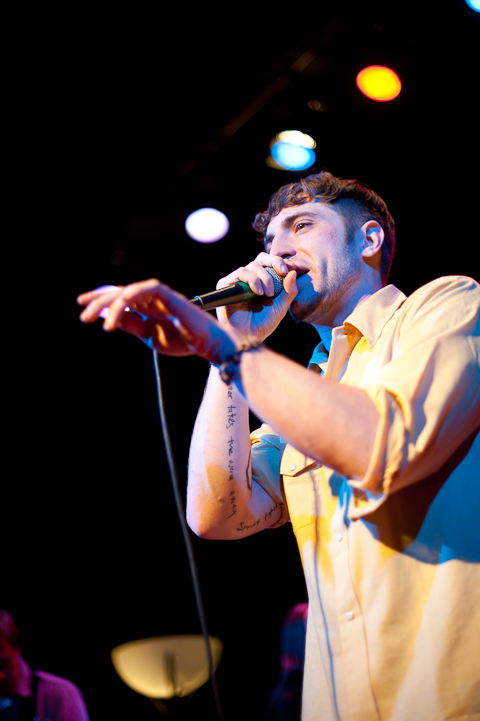 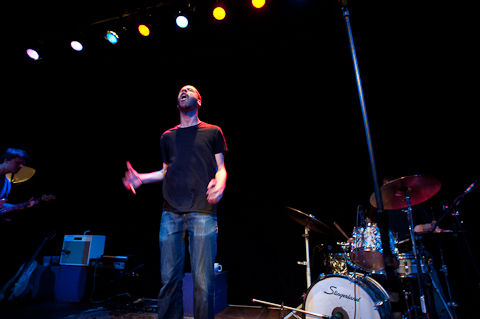 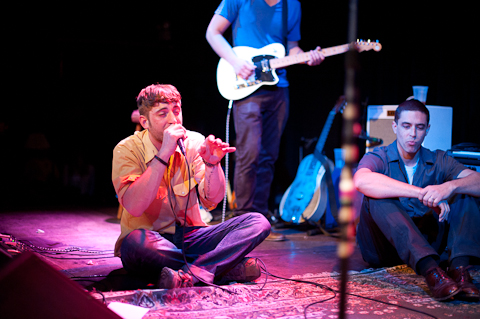 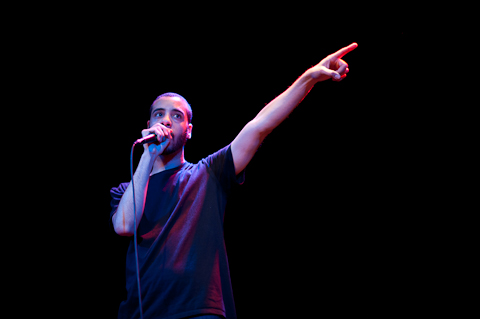